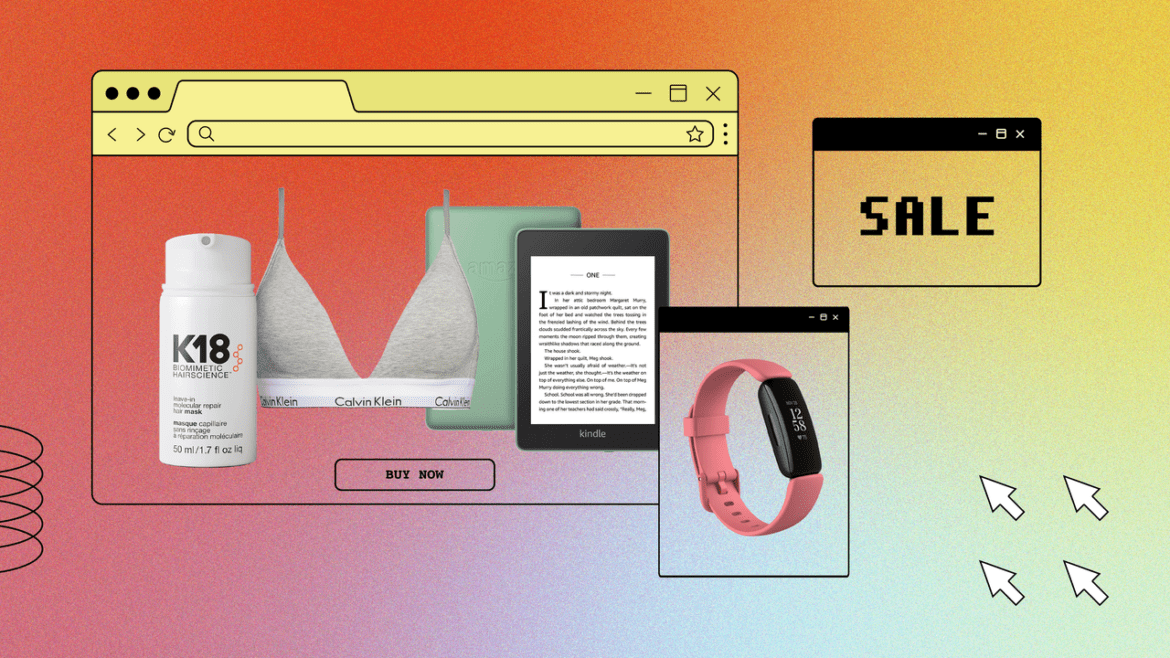 Between Prime Day, the Nordstrom Anniversary Sale, and rival deals galore, the temptation to spend is real. But thanks to the best Prime Day deals under $100, you can still score major markdowns on clothing, beauty, and pretty much everything else without going overboard. And that’s not even the best part: Early-bird discounts have already taken over the mega retailer’s site.

Of course, plenty of must-haves that were already sub-$100 (like top-rated sunscreen and workout bike shorts) are going even lower ahead of Prime Day. However, the most exciting discounts might just be on products that were, until this week, much more expensive than a Benjamin, like coffee makers, Bluetooth-enabled speakers, and robot vacuums. While the lowest markdowns are still on the horizon—we’re crossing our fingers for steals on brands like Sony and Samsung and items like Apple AirPods and smart TVs—these early Prime Day deals are still very much worth your time (and your coin).

To help you get started on your haul, we rounded up the best Prime Day deals under $100, including Ugg, Casper, and K18, below. And remember—Amazon Prime members get access to the best sales, so make sure to sign up for the service before the big day.

Looking for more deals? Shop the latest and greatest markdowns across Amazon Prime Day 2022, including fashion, beauty, and more, as well as the rival sales events that are bringing the heat.

So many of our favorite brands (hello, Levi’s and Calvin Klein) are on sale right now, even though Amazon Prime Day 2022 is still over a week away. While your first priority might be earbud or Amazon Fire TV deals, you really shouldn’t miss the retailer’s massive fashion section, since these discounts could be gone in the blink of an eye.

Whether you’re a first-time Prime Day shopper or a seasoned pro, you probably know that Amazon’s beauty section often hides some pretty great discounts. This year’s shopping bonanza is already the best we’ve seen when it comes to beauty deals—at both luxury and drugstore price points. (Watch out, Target.) Where else can you snag everything from K18 to L’Oréal at these prices? And don’t forget to look for on-page coupons for even steeper markdowns at checkout.

It’s simply too hot to go outside—and by upgrading your pad, you’ll never have to leave the comfort of your AC (or WiFi). With steep price cuts that rival those of Walmart and The Home Depot, you can go ahead and pick up a smart home vacuum for about the lowest price we’ve ever seen, a plush pillow that’ll put your current option to shame, and a rug that’ll pull your whole space together. (These finds also make great gift ideas—just saying.)

Although you won’t spot under-$100 laptops or Apple Watches among the early Amazon Prime Day deals, there are still plenty of jaw-dropping gems to be found. Some of the best? Amazon devices like the Echo Dot smart speaker, Kindle e-readers, water-resistant portable speakers, and fitness trackers with long-lasting battery life and heart-rate monitoring.

Tons of the most useful gadgets on Amazon hail from the kitchen section—and luckily for all of us, many of them are marked down ahead of Prime Day. We’ve got our eyes on these four steals, including TikTok’s favorite egg cooker and a small kitchen-friendly air fryer.

Augustinus Bader | What You Need To Know About The Luxury Skincare...

Hair Extensions Are the Styling Secret Behind Most Celebrity Bobs

The Best London Hair Salons To Bookmark For Your Next Trim

1Password 8 arrives on Android and iOS with a big redesign and personalized home
August 9, 2022
Endless summer: Cyprus has one of Europe’s longest beach seasons
August 9, 2022
What Is Opensea and How Does It Work?
August 9, 2022