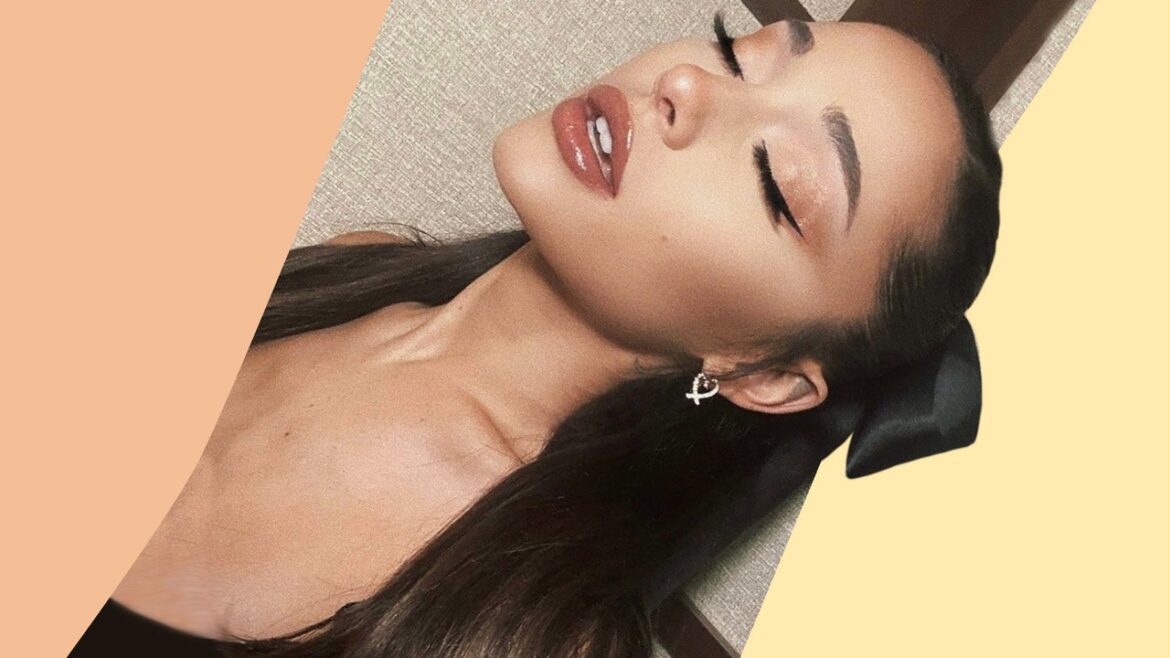 It looks like Ariana Grande is getting into character. The Grammy award-winning singer touched down in the UK to start rehearsals for her role as Glinda The Good Witch in the upcoming Wicked movie. Ari announced her involvement in the film, alongside Cynthia Erivo as Elphaba, back in November of last year, and fans have been gagging to get an update ever since. The live-action movie isn’t set to be released until Christmas 2024, so we’ve got a while to wait, but to tide us over, Ari shared some teasers of her first days in the UK, by posting pics of hot air balloons and the scarecrow from the Wizard of Oz on her Instagram Stories a couple of days ago.

And while so far, there’s been no sight of Glinda’s Swarovski-covered star wand, or petal tiered blue ballgown, Ari might have given us a glimpse of her ice blonde hair for the role. Tucked between yesterday’s Instagram stories, the singer shared a snap of her sat with music producer/songwriters Ilya Salamanzadeh and Savan Kotecha. In it, Ari rocks waist-length platinum blonde tumbling waves with her hair tied half-up into her signature high pony.

While it’s unclear whether the photo is a throwback, it’s giving us an idea of what Ari’s rendition of Glinda might look like. We imagine the singer will want to put her own spin on the role and switch out Glinda’s tight ringlets for something a little more contemporary. Or there’s every chance she’s going method in the run-up to filming by switching her natural brunette for the Good Witch’s trademark bright blonde curls.

Why You Should Freeze Your Pop-Tarts

The Airy Bob Is Like Your Own Personal Wind Machine in a...

Halle Berry Posed in Lingerie for Her 56th Birthday—See Pic

Explained: What is Gazprom and what makes it so powerful?
August 16, 2022
Kim Kardashian VACAYS in Idaho After Pete Davidson Split
August 16, 2022
Drop’s latest mechanical keyboards are love letters to The Lord of the Rings
August 16, 2022