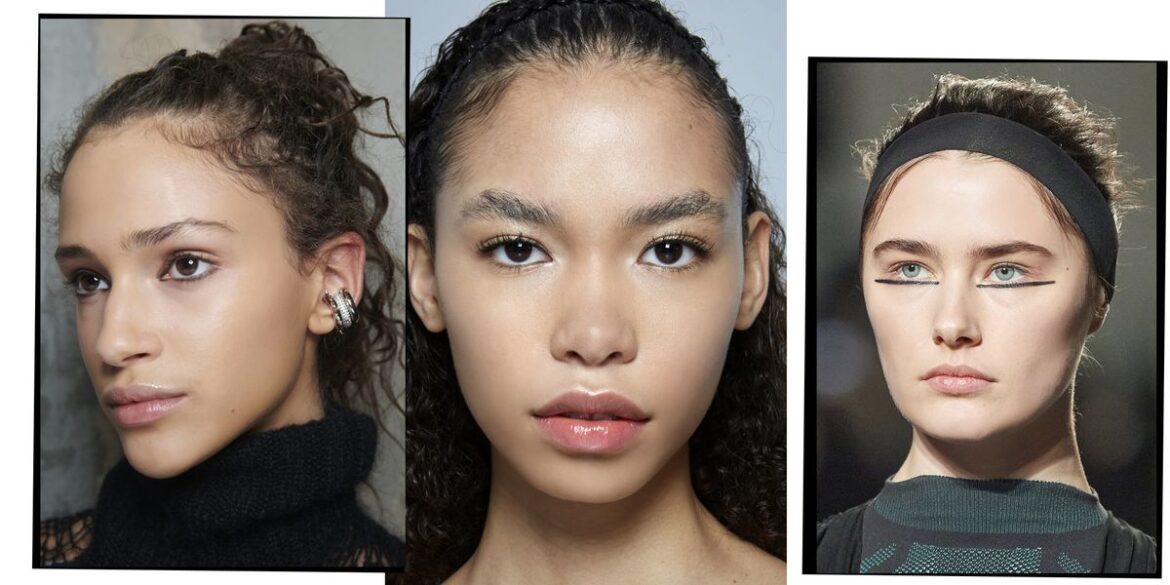 The Lionesses’ incredible display of strength, courage and perseverance not only brought home the UEFA Women’s Euros trophy on Sunday night, they’ve also undoubtedly sent the nation’s love of football into fever pitch. The most successful England football team since 1969, The Lionesses restored a sense of togetherness within a live audience of more than 87,000 people (match-goers noted a marked sense of calm and jubilance at this women’s finals compared to the men’s finals last year).

The historic match left us feeling immense pride (we’re now bona fide football fans – cute), joy and hope that young people everywhere will have access to the sport regardless of their gender identity. As women’s football continues to be a major talking point of 2022, naturally the worlds of fashion and beauty are turning to the field for inspiration.

In fact, the AW22 runways were awash with hair moments paying homage to athleisure. Did designers and their collaborators predict the Lionesses’ victory back in September? Perhaps. Either way, the mood for fanciful updos is giving way to a cooler, more utilitarian take on beauty. Practicality but make it chic.

Minimalist black headbands kept fringes away from the barely-made-up faces at Roksanda, while long lengths were swept up in a raw, wispy bun held together by the humble black elastic. In a similar move at David Koma, hairstylist Kenna made us all want to dust off our 1990s staple toothcomb headband and slide it through freshly-washed hair. David Beckham could never.

The messy bun has also shed its Tumblr aesthetic for a more tough-girl finish complete with spiky ends; inhabiting an altogether more rebellious vibe as seen at Preen By Thornton Bregazzi. ‘Preen cast ballerinas to perform in the show but it was important for me to stay away from anything literal like a bun. I designed the organic knots by using a variety of products to build depth in the textures,’ says hairstylist Adam Garland. ‘It was a very fluid feeling creating an imperfectly perfect symmetry in each of the models’ looks.’

It’s the measured imperfection that takes a simple top knot at No.21 from prim to positively sporty. The texture feels a little more lived-in, there is no faffing around with extensive blow-dries and masses of product. Flyaways and frizz? Let them live their best life. Elsewhere at Molly Goddard, the everyday pony (a go-to style for The Lionesses for good reason) is grittier, sitting nonchalantly high on the head. Think JoJo Siwa gone rogue.

Even glitzy Parisian houses are cutting loose this autumn. Giambatista Valli, who only last summer brought us XXL bows and blinding earrings, is easing up for winter with casual, slicked back hair teamed with glistening, post-Peloton skin. Elsewhere, no-frills Dutch braids were the crowning glory at Dior, embellished only with a simple, jewel-encrusted padded headband (this is Dior, after all).

Midfielder Jill Scott would be proud.

Kathryn Hahn Explains Why Parents Should “Spend Less on Their Kids”