Kelly Ripa Cherishes Her Topless Photos From the ’90s Had the topless photo of Kelly Ripa that her husband took on their honeymoon gone viral in the ’90s, she said, it would have been a major “ew” moment. But tucked away in her shoebox, the daring and sexy photo is something Ripa says she still treasures.

On an episode of her talk show with Ryan Seacrest, Live With Kelly & Ryan, the actor revealed she was “grateful” for the candid, risqué photos Mark Consuelos snapped of her topless on their honeymoon to Italy. Ripa and Consuelos met on the set of the ABC soap opera All My Children and were married in 1996.

“I was like, ‘How could you take that photo of me? The man at the photo mat saw me naked!’ And Mark’s like, ‘Yeah, okay, because he’s zoning in on your…,’” she joked to Seacrest, admitting she still looks back on the images fondly every once in a while.

“Do you know that I often rifle through the shoebox, and I go, ‘Well, just remember! It used to look like this!’” Ripa said.

Mr. and Mrs. Kelly Ripa have been open about their dedication and love for each other over the years, constantly posting sweet messages and throwbacks on social media for each other’s birthdays and wedding anniversaries. Earlier this year Ripa shared a sweet photo from a red carpet to mark their anniversary.

“26 years with the love of my life!” the daytime talk show host captioned the photo.

Last year the couple opened up during a jointly hosted episode of Live with Kelly & Ryan about solving their marital problems with long, arduous, “sexy time” sessions. It’s also been almost a year since Butt-Gate, when Ripa snapped a photo of Consuelos staring at her butt while on the beach. Love is love! 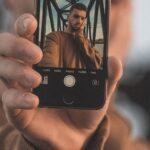 How to Change a Live Photo Into a Still Photo 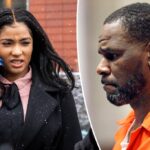 R. Kelly engaged to Joycelyn Savage: ‘I’m not the victim,’ he’s ‘not the monster’ 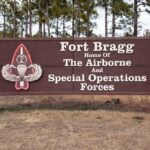