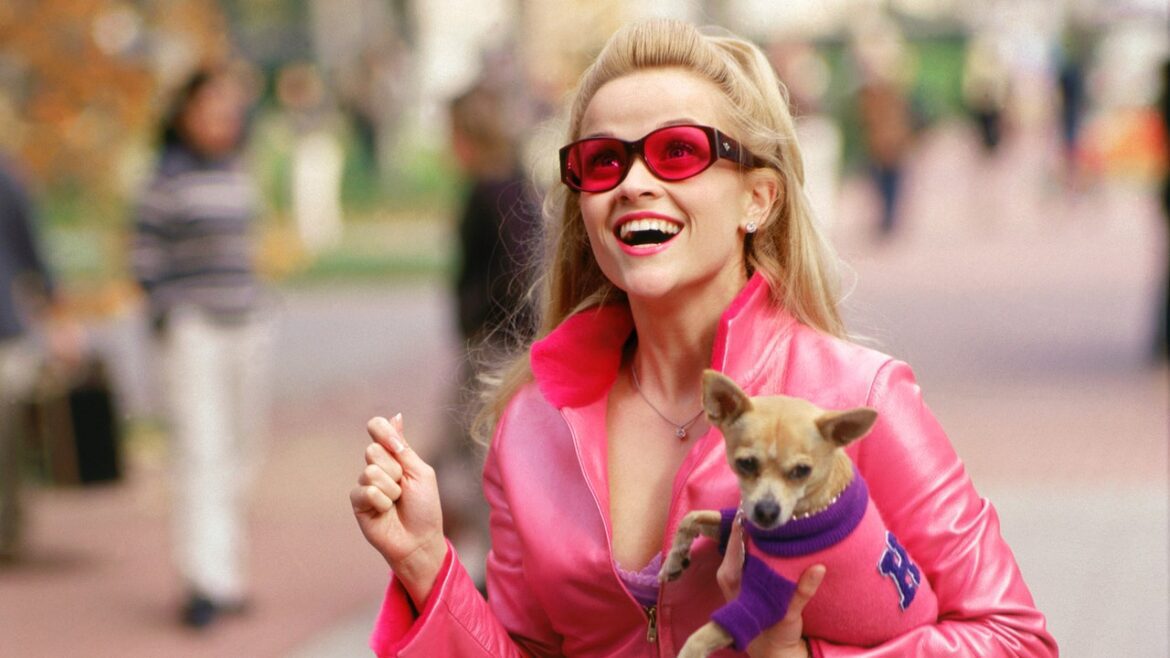 It’s been 21 years since Elle Woods first introduced audiences to the “bend and snap,” but Legally Blonde is anything but old-fashioned. In fact, even as the film celebrates its 21st anniversary (making it a Cancer and not “Gemini vegetarian”), Elle’s iconic aesthetic is more influential than ever. From her titular bright blonde locks to her penchant for hot pink ensembles, the lovable law student practically wrote the rule book—or perhaps, legislation—on Barbiecore beauty.

Reese Witherspoon clearly hasn’t forgotten her alter ego either. Not only will she reprise the iconic role in Legally Blonde 3, alongside Jennifer Coolidge who will return as Paulette, but Witherspoon gave quite the nod to Elle at the July 11 premiere of Where the Crawdads Sing. Sporting a hot pink dress, peep-toe shoes, and raspberry lips, Witherspoon pretty much asked the red carpet, “What, like it’s hard?”

It may be unclear when the world can expect the next installment of the franchise, but there is a way for fans to properly celebrate in the meantime. Luxy Hair has released an exclusive Legally Blonde–branded Law School Prep Kit, and it’s full of bright pink accessories that will make all your Barbiecore dreams come true.

Inspired by Elle Woods’s unforgettable style, the assortment features everything you need for your first day of Harvard Law (and/or your Legally Blonde Halloween costume): a 16″ ponytail extension, Sorority Sister Delta Nu hair ties, an extension-friendly hair brush for slowly combing your hair to the song Perfect Day, Elle’s vegan leather notebook, and a ballpoint feather pen (just like the one Elle uses in the film).

All you need is a bright orange iBook, and you’re ready to judge a tighty-whitey contest for Lambda Kappa Pi (i.e., handle anything).

Micellar Water Rinsing for Oily Hair: What to Know About the Shampoo...

The Airy Bob Is Like Your Own Personal Wind Machine, In A...