Home » Skunk Stripe Hair Is Trending: Here’s How to Get the Look
Beauty

Skunk Stripe Hair Is Trending: Here’s How to Get the Look 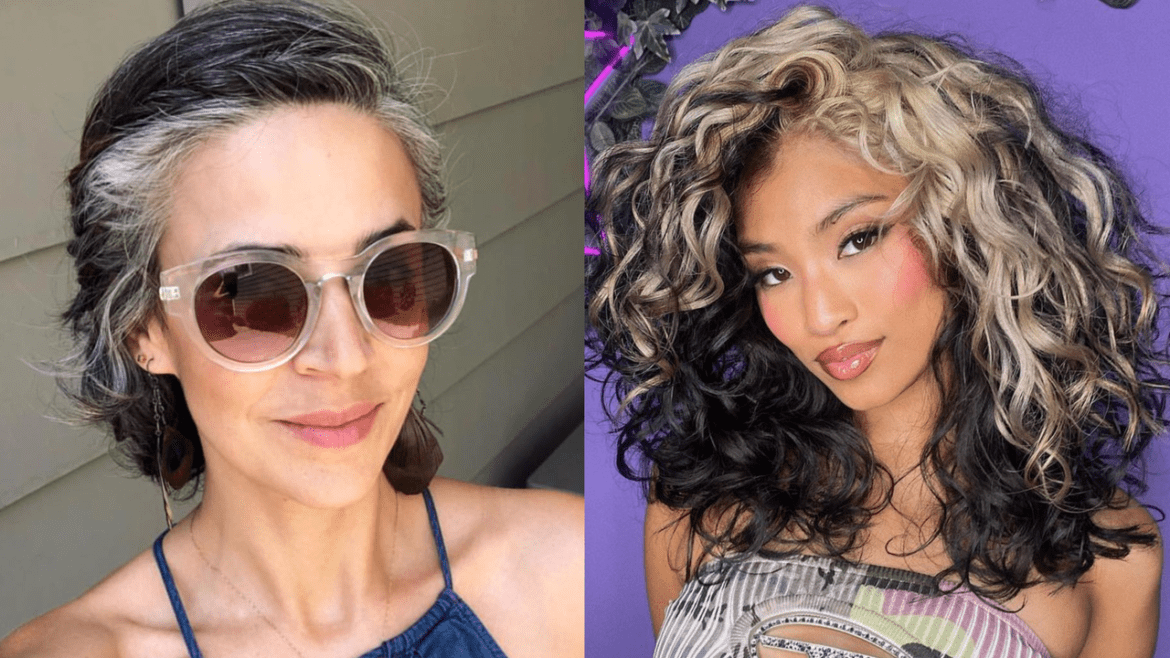 Despite its cheeky name, skunk striped hair has little to do with Pepé Le Pew. Instead, it’s another term for two-toned hair color, similar to Cruella Deville’s signature black-and-white ‘do. “Skunk stripe hair is a contrast of a darker hue next to very light blonde—just like a skunk! But there are many avenues you can take this hair color trend,” hair colorist and R+Co Collective member Richy Kandasamy tells Glamour. “Think lime green and black, purple and blue, gray and black, or orange and brown—it’s all about stark contrast and standout style.”

Technically speaking, hairstylists tend to refer to “skunk stripe” or two-toned hair as “color blocking,’” says Jose “Che” Rojas, hairstylist at Hair Cuttery, who agrees that there’s no ”right” way to wear the trend. “You can put two chunks of color in the front, color the underneath, or just on the side, a ‘peekaboo,’ in the side burn or temple area.”

If any of this sounds familiar, that’s because it is: Trendsetters like Bella Hadid, Dua Lipa, and Billie Eilish have all rocked variations of the aesthetic recently, though Eilish is most-often credited with pioneering two-toned hair’s comeback. “It’s hard not to argue that Billie Eilish sparked the trend when she was wearing the lime green roots on black hair,”  Chase Kusero, co-founder of IGK Hair Care, points out. That being said, 2022 has seen a surge in high-contrast hair framing the face specifically; the next iteration of the Y2K-era “money piece highlights,” if you will.

The 10 Best Chinese Shopping Sites That Ship to the US