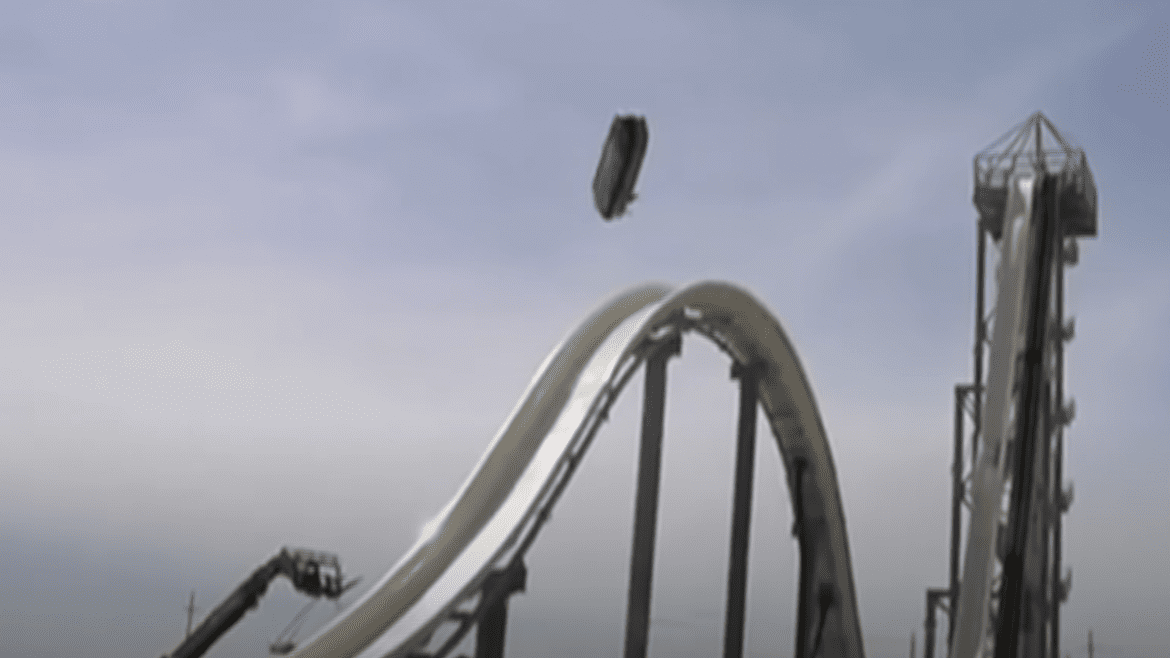 Waterslides are not meant to be 169 feet tall, but that was the height of Verrückt, a waterslide at Schlitterbahn waterpark in Kansas City that dropped riders down a nearly vertical, 17-story chute at speeds approaching 70 miles-per-hour, sending them up an incline, and down another drop. They called it Verrückt, German for “crazy.”

The slide was the brainchild of Schlitterbahn co-owner Jeff Henry, who designed and built it with the help of the park’s senior designer, John Schooley. Neither man had any background in mechanical engineering, but they did have a goal: To build the biggest, fastest water ride on Earth.

After two years of construction and safety testing through a process that mostly involved trial-and-error with sandbags, the pair opened Verrückt to the public in 2014.

Maybe the most amazing part of this story is that it took two years for someone to die on the crazy contraption. The unfortunate victim, 10-year-old Caleb Schwab, met a particularly gruesome end. The raft Caleb was riding in went airborne on the rise after the initial drop. Although Verrückt featured netting to keep people from flying out of the ride, Caleb hit a metal support and was decapitated. His head and body landed in the water chute and slid down the rest of the way, coming to a stop in the pool at the ride’s bottom, where Caleb’s brother and mother were waiting. The guests riding behind Caleb suffered facial injuries, perhaps from Caleb’s decapitated head slamming into them. It was bad.

Despite the lunacy of the ride’s designers, and the fact that Caleb was the son of a Kansas state representative, no one was ultimately found criminally liable for the death. Are you noticing a pattern?

What we can learn: When a ride tells you what it is, believe it.

Biden votes early during weekend visit to his Delaware home

These Are Signs That Your Dog Is Allergic to People
30 mins ago
What It Means and How to Fix It
35 mins ago
‘Villa Dallas’: Venezuelan migrants form community in Texas
58 mins ago