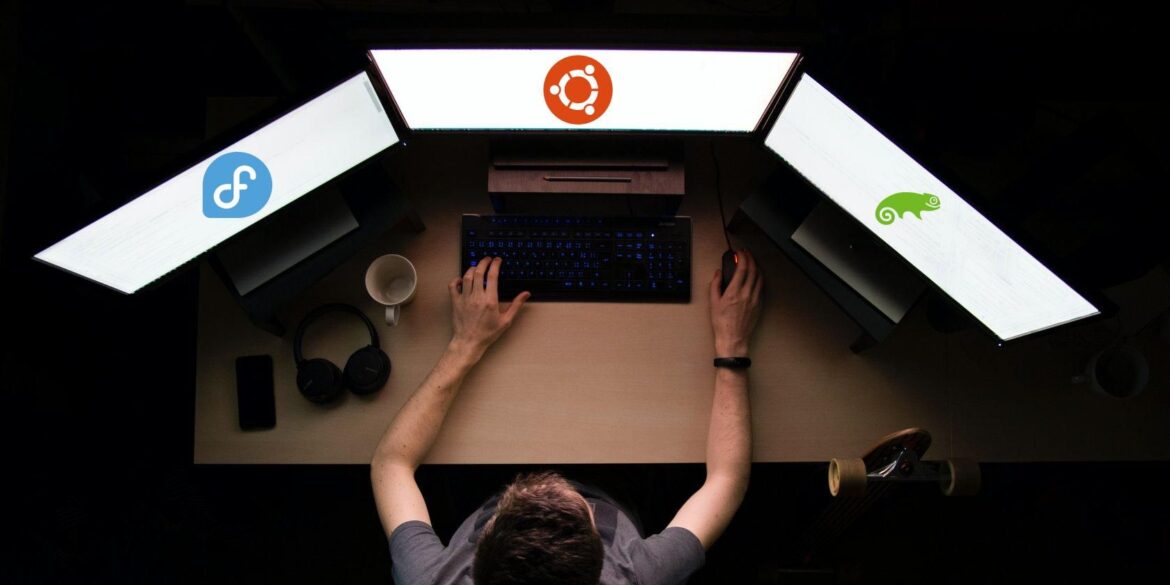 There are hundreds of versions of Linux. For some people, this sounds like fun. For others, this sounds like a waste of time. Who wants to bother wading through all of those options when they just want something that works?

While there isn’t one “best” version of Linux, here are three options that you can’t go wrong with. Each is well-established, comes with corporate backing, and has a substantial community. If three is two options too many, go with the first one, and turn to the other two if you run into any issues.

Fedora Linux is a community-built distro sponsored by Red Hat, which was the most profitable open-source company in the world before its acquisition by IBM. Red Hat continues to be a giant in the open-source world, paying developers who maintain much of the software and infrastructure that the entire Linux ecosystem relies on.

Red Hat does not develop Fedora Linux directly, though some of the company’s employees are members of the Fedora community. Instead, Red Hat uses Fedora Linux to develop its own separate offerings, CentOS and Red Hat Enterprise Linux. These two versions of Linux are widely used in the corporate world, by academic institutions, or by anyone who needs to maintain their own servers.

Fedora offers an easy-to-learn desktop, integrates the latest features before most other Linux distros, and comes with security tools like SELinux built-in.

Traditionally in the Linux world, software stability is associated with software that doesn’t change, receiving only security-related updates and bug fixes. But Fedora Linux shows that a desktop can be dependable and deliver the latest features at the same time. It offers very sensible defaults and serves as a great example of, and introduction to, what a Linux desktop can be.

Fedora has a policy of working directly with “upstream” communities to improve software that all Linux distros use, rather than make changes that only benefit Fedora users. Fedora thus serves as a showcase of what the free software world has to offer, the way upstream developers envision it. This also means Fedora has fewer distro-specific changes or bugs.

Since Red Hat’s offerings are based on Fedora Linux, Fedora has the advantage of being compatible with and similar to those products. So if you work in IT, or would like to someday, Fedora gives you the chance to learn and use the same tools at home that you use at work.

Here are a few steps to take after installing Fedora Linux that will help you hit the ground running.

Ubuntu is the most well-known, widely-used version of Linux out there. It comes from a UK-based company known as Canonical and was first launched in 2004. The initial tagline was “Linux for Human Beings,” and Ubuntu developers worked to create a desktop operating system that lived up to that promise.

Ubuntu is based on an existing Linux distribution by the name of Debian. The Ubuntu community more or less made Debian easier to install, made multimedia files easier to play, and made proprietary hardware drivers easier to download. They worked to make the task of installing Linux require as little technical knowledge as possible. This effort paid off, and many people flocked to Ubuntu.

In the years since, Ubuntu has gone through many changes, some ups and some downs, and is no longer particularly easier to use than other Linux distros, such as Fedora.

The rest of the ecosystem has caught up. Canonical’s focus has also shifted away from the desktop, with enterprise clients using Ubuntu on servers and IoT devices providing a more lucrative business model. But Ubuntu remains a solid desktop OS with excellent hardware compatibility and software support.

For people who don’t want their computers to change much, Ubuntu has perhaps the most compelling release cycle. You can install the long-term support version of Ubuntu, which comes out every two years, and know that it will have five to 10 years of support from Canonical.

Ubuntu may also feel more familiar to newcomers. It has an always-visible taskbar, minimize and maximize buttons, plus desktop icons—design elements you will no longer find in the default version of Fedora.

Due to its popularity, there are many places where Ubuntu has come to dominate. It is widely used in the cloud and on IoT devices. Ubuntu can run on anything from a Raspberry Pi to a supercomputer. Ubuntu has long been considered the “default” Linux distribution, and it’s still a great choice, even if the distance between it and other distros has closed significantly.

openSUSE is less popular than the aforementioned examples, but it comes with many of the same strengths. openSUSE has been around for decades, and it has the sponsorship of a corporate company, SUSE. Akin to Red Hat, SUSE uses openSUSE as the foundation for SUSE Enterprise Linux.

When you use openSUSE, you’re using a distro you can trust to stick around, one with a large company invested in its continued existence. But that’s hardly all.

openSUSE comes with tools that increase the number of tasks you can do without opening a command line, something that will feel more familiar to people switching to Linux from Windows or macOS.

YaST is a large tool that handles many aspects of system administration, from installing software and managing updates to configuring your network backend or tweaking the boot process. YaST comes pre-installed, reducing your need to go hunting for third-party tools or learn terminal commands.

openSUSE comes in multiple versions. If you’re new, you may want to stick with openSUSE Leap, a more static version that receives an update once a year or so. But if you like the idea of a system that receives continuous updates without ever needing a full system upgrade, then consider openSUSE Tumbleweed instead.

Tumbleweed uses what is known as a rolling-release mode of delivering updates, an approach that can introduce some instability over time. To mitigate this, Tumbleweed comes with built-in safeguards to reduce the risk of breakage and simplify the act of restoring your system to a working state if things go haywire.

Unlike Fedora and Ubuntu, the openSUSE installation process gives you the choice of your preferred desktop environment. Fedora and Ubuntu both provide GNOME by default, with people having to download alternative desktops separately. openSUSE includes multiple options, with KDE Plasma listed at the top of the list. If you want more flexibility, that may be a great reason to get to know openSUSE.

Great Distros to Begin With, or to Stick With

Regardless of which distro you pick, each offers a stable foundation you can stick with for years to come. You don’t have to venture out to other distros. You don’t need to tinker with your machine. If you just want a Linux-powered computer that works, any of these options will make sure it does for the long haul.

But no matter which one you pick, Linux remains a fundamentally-different OS from its more well-known commercial counterparts. There will be an adjustment period. Fortunately, there are plenty of guides to help you along. 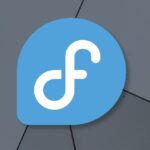 What Is Fedora? Everything You Need to Know 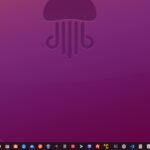 5 Reasons Ubuntu Is the Ideal Linux Distro for Software Developers 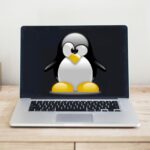 The Outgrown Bob Is the Perfect Transitional Chop for Longer Hair