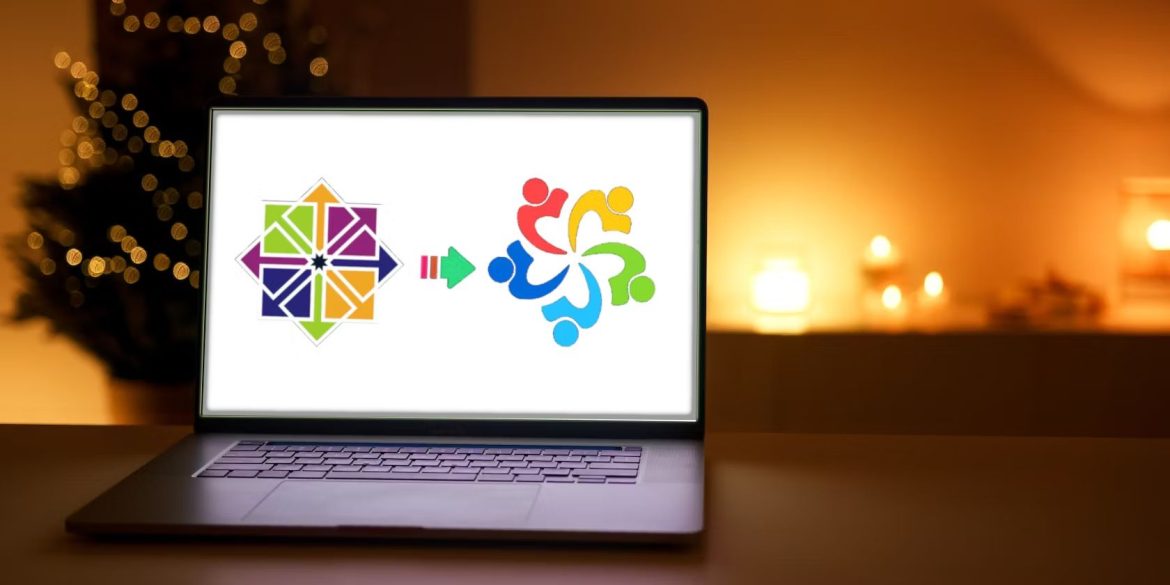 CentOS will reach its end of life in June 2024. As of 2022, it powers a lot of servers around the world, in fact, back in 2010 it was the most popular Linux server distro. Based on Red Hat Enterprise Linux (RHEL), CentOS is a solid Linux OS that powers enterprise desktops and servers.

News of CentOS’s end of life has caused a lot of concern. Organizations and administrators using the OS are sweating on how to migrate their servers and IT infrastructure from CentOS. Changing server software en masse is no mean undertaking.

Why Is CentOS Being Phased Out?

CentOS released its first version, based on Red Hat Enterprise Linux (RHEL), in 2004. Ten years later, in 2014, Red Hat acquired CentOS with a promise that CentOS would remain self-governed and that Red Hat would provide technical and financial support. This acquisition alone should have raised warning bells.

In 2019, in its quest to accelerate its Cloud business, IBM acquired Red Hat, and with that, its strategy on CentOS changed too. The current CentOS is no longer a direct copy of RHEL and instead, is an upstream. A sort of testing ground for RHEL, just like Fedora. Also, the new OS is now called CentOS Stream.

Upstream Linux distros tend to be packed with the latest and greatest features and have shorter release cycles. However, they lack the level of stability required on a server or by enterprises, and that’s where AlmaLinux comes in.

AlmaLinux is now much similar to what CentOS used to be. It is a stable and reliable OS that is 1:1 binary compatible with RHEL. In simple terms, it is similar to the current stable releases of RHEL.

AlmaLinux is not only a solid replacement for CentOS but also a great alternative to RHEL. You get an enterprise-grade OS without the service fees associated with RHEL. It is a robust and well-tested operating system.

For enterprises and individuals looking for a great CentOS alternative, AlmaLinux is definitely a solid candidate.

Even though AlmaLinux is distributed for free, there are a lot of financial resources that go into developing software, let alone an operating system. You need to pay software developers, system admins, and other management logistics.

Apart from finances, AlmaLinux also has a large community of developers, testers, and enthusiasts that contribute to the development and success of the OS.

almalinux-deploy allows you to easily migrate an entire operating system, including software, and configurations from CentOS or RHEL to AlmaLinux. The entire migration process only requires that your server reboots two times.

For organizations with hundreds of servers running on CentOS, the ability to easily migrate to AlmaLinux with minimal downtime is very critical for business continuity.

3. Available on Both Servers and Desktops

AlmaLinux is available in both desktop and server editions. This allows organizations to develop and test software on a similar operating system base that powers their servers.

In addition, system administration and other IT management decisions are much easier if the majority of the enterprise is using the same operating system.

If you have ever used RHEL or CentOS, you’ll immediately recognize their resemblance with AlmaLinux Desktop. And you’ll not feel strange using it.

Although AlmaLinux is relatively new, it already powers huge cloud infrastructures and data centers around the world. It is widely used on CloudLinux and other government agencies. You can also spin up AlmaLinux VMs on cloud services such as Azure and AWS.

A look at AlmaLinux’s DistroWatch webpage also shows that AlmaLinux is gaining wide usage and popularity in comparison to other RHEL derivatives.

Other CentOS Alternatives Worth Considering

Another great alternative to CentOS is Rocky Linux. It is also based on RHEL and is quite similar to AlmaLinux. Rocky Linux is driven by one of the pioneers of CentOS. Other early CentOS contributors are also heavily involved in the development of Rocky Linux.

Just like AlmaLinux, Rocky Linux also provides a migration tool, migrate2rocky, to help you move from CentOS and other RHEL derivatives. AlmaLinux has slightly more sponsors than Rocky Linux, and as of 2022, is more popular than Rocky Linux according to DistroWatch.

Oracle Linux has been in development since 2006 and is also binary compatible with RHEL. Lastly, you can also migrate to RHEL itself. You’ll have to pay a fee to use it, though, but you get the much-needed server support while transitioning from CentOS.

Migrating to AlmaLinux From CentOS Is Easy

AlmaLinux is definitely a great alternative to CentOS and is binary-compatible with RHEL. If you plan on migrating to AlmaLinux or Rocky Linux, you should probably consider installing it on a virtual machine to get a feel of how it works. Also, you should test the migration tool in a simulated environment before using it on live servers.