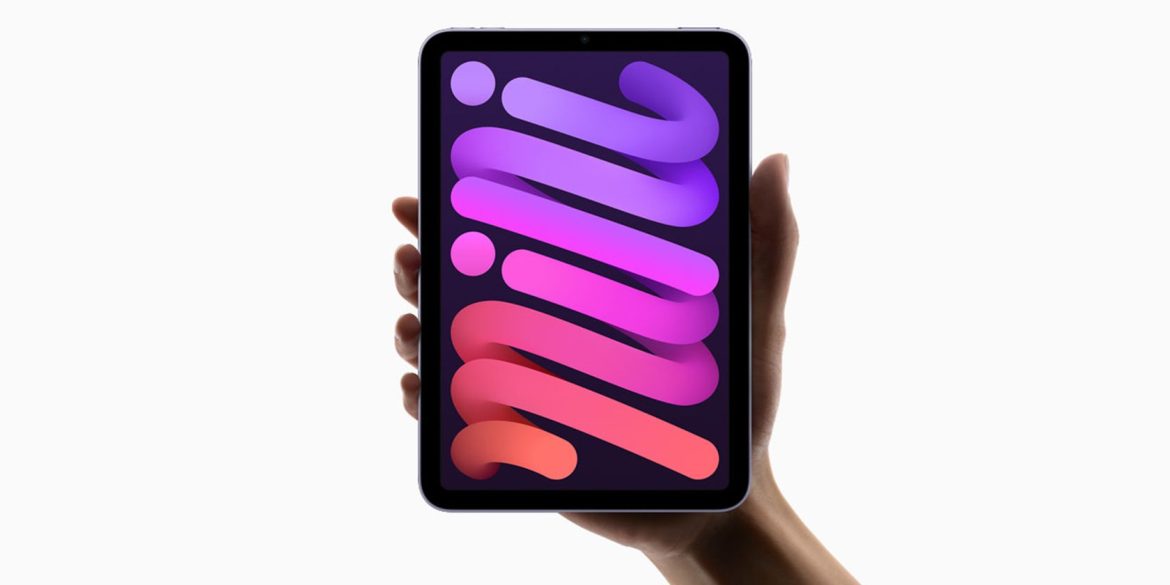 Although Apple’s higher-end iPads seem like they’re trying to become laptop replacements, the iPad mini is refreshingly proud to be a tablet.

Other iPads may have bigger screens, but most people will find them too big to hold for long periods. And unlike those devices, the iPad mini puts portability first and is always a pleasure to use.

The iPad mini embraces being a tablet, and that’s why we think it’s the best iPad you can buy from Apple right now.

One of the best parts about the iPad mini is just how great it is to hold. While we love the screen size of the bigger iPads, there’s a reason keyboard cases and stands have become so popular. Most iPads are big and bulky. The iPad Air weighs in at just over one pound, and the big 12.9-inch iPad Pro tops the scales at a hefty 1.5 pounds.

In comparison, the iPad mini is a featherweight at just 0.65 pounds. That’s not much heavier than the iPhone 14 Pro Max. That means you can hold the iPad mini for a long time without getting tired or feeling like you need to take a break. Unlike most iPads you probably would want to put down, the iPad mini is meant to be held and used.

2. The iPad mini Got a Complete Redesign

Ever since the first iPad mini launched all the way back in 2012, it’s looked and felt pretty much the same. That all changed in 2021 when Apple debuted the iPad mini (6th generation).

For this latest version, Apple finally cut out the big forehead and chin bezels from the old iPad mini and gave us a design that was much closer to being all-screen. This brought the iPad mini in line with the more modern iPad Air and iPad Pro models.

But changes went deeper than just looks. The iPad mini also packs a new 1080p camera for FaceTime and video calls, USB-C for easy connectivity, and 5G support for cellular models. Basically, the iPad mini takes a lot of what makes the iPad Air great and fits it into a smaller and more portable package.

3. The iPad mini Is a Great Budget Option

One of the best things about the iPad mini is that it costs less than most of Apple’s other iPads. If you want to pick up a modern, all-screen iPad on a budget, you’ll probably choose between the iPad mini and the iPad (10th generation).

Although both these iPads retail at around the same price tag, they’re very different devices. The iPad (10th generation) is a much more traditional tablet experience. It features a bigger screen and has its own Magic Keyboard Folio case for productivity.

Although the iPad (10th generation) has a ton of new features, it still feels like a budget iPad Air; the iPad mini might be the best small tablet on the market. And the iPad mini beats out the base iPad by being more portable, packing a faster processor, and adding premium features like Apple Pencil 2 support.

So, whichever iPad you choose, you’ve got more options than ever, and that’s always a good thing.

There are many reasons why the iPad mini is the ultimate portable gaming device. First off, you’ve got the entire App Store to choose from. That means getting access to all your favorite iPhone games and even some iPad exclusives like Prison Architect and Divinity: Original Sin 2.

And even though the iPad mini doesn’t have an M1 or M2 processor inside, its A15 Bionic processor has enough power to keep up with even the most demanding games. So, you can expect popular titles like Genshin Impact and Call of Duty: Mobile to run great on the iPad mini.

But the iPad mini also makes an amazing cloud gaming machine. If you have a fast internet connection and a controller, you can use services like Xbox Cloud Gaming and GeForce Now to turn the iPad mini into a mobile console that you can take anywhere.

5. iPad mini Has Enough Power for Most People

OK, let’s get this out of the way. The iPad mini doesn’t have an M1 or M2 chip inside. But there’s nothing wrong with that.

In 2021, Apple started bringing its M-series processors to the iPad Pro and iPad Air. But unlike its bigger cousins, the iPad is still powered by A15 Bionic. Although the iPad mini’s chip doesn’t have the same power as the M1 or M2, it’s still more than enough speed for most people.

The A15 Bionic is the same processor that powers the iPhone 14, and that’s definitely a fast device. So whether you’re gaming, browsing, or multitasking, you will find it very hard to slow the iPad mini down.

6. The iPad mini Is a Traveler’s Dream

Because the iPad mini is so light and portable, it’s a perfect companion to bring along when you’re traveling. The iPad mini’s smaller form factor makes it incredibly backpack and purse-friendly, even more so than other iPads.

If you’re like most people and already bring a laptop around for your travels, you may not want the extra weight of lugging around a full-sized tablet too. The iPad mini is a great compromise that will let you bring along a big-screen movie-watching device and e-reader without adding too much extra bulk to your pack.

The iPad mini also has a ton of great practical uses. Many amateur pilots love bringing their iPad mini into the cockpit as a GPS and weather monitoring device. And some creative people have even turned their iPad minis into a replacement for their cars’ infotainment systems.

Even if you’re not a globetrotter, the iPad mini can make a great device to bring along for all your trips, short or long.

We Love the iPad mini for Many Reasons

Today, you have more iPads to choose from than ever before. If you’re a digital artist or creative professional, we won’t blame you for choosing the iPad Pro. And if you’re looking for a bigger screen to watch movies and content on, the iPad or iPad Air might be right up your alley.

However, if you’re like most people and want a device that’s portable, easy to hold, and easy to take with you wherever you go, you can’t go wrong with the iPad mini.

How To Get Rid Of Spider Mites On Tomato Plants