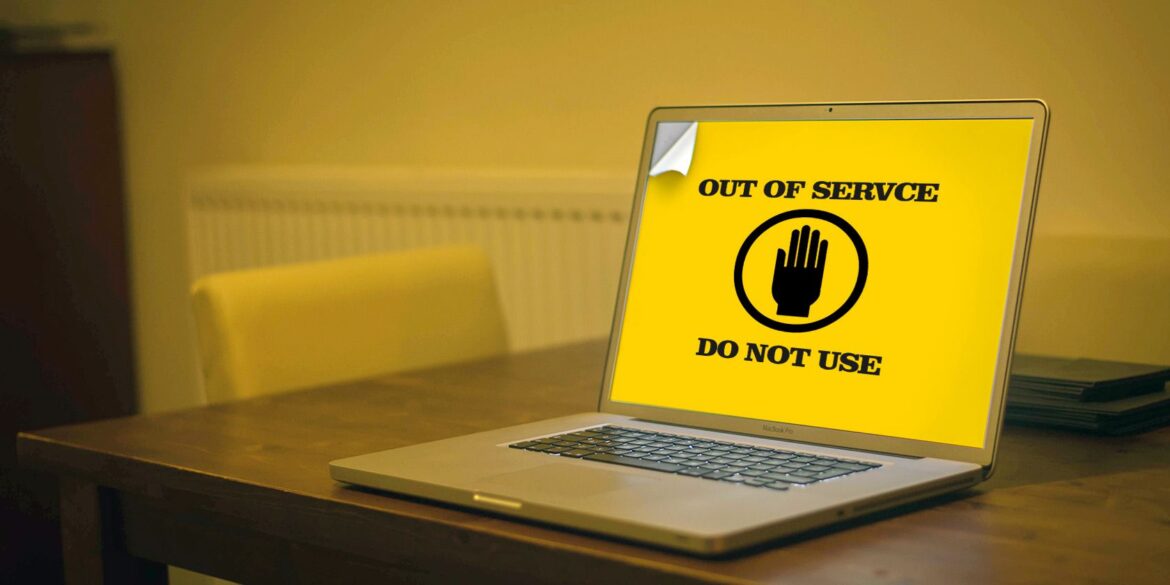 While Apple’s computer hardware lasts a long time, you’ll still have to say goodbye to your Mac at some point. If you’ve had trouble with your machine, you might wonder if it’s time to get a new MacBook or if you should stay with your current one a bit longer.

Let’s look at some of the major signs that your Mac is out of date. We’ll look at ways you can work around these issues, plus consider whether it’s time to purchase a new Mac.

How Long Do Macs Last?

Whether you’re taking stock of your old machine or thinking about the value of a new purchase, you might wonder how long MacBooks and other Mac models last.

There isn’t an exact number you can put on a Mac’s lifespan, as it depends on a variety of factors. Someone who only uses their Mac for occasional web browsing can likely get away with using the same machine for longer than someone who runs their computer all day and does high-intensity tasks like video editing. The harder you work your machine, the sooner a component is likely to stop working.

The definitions from Apple’s Vintage and Obsolete products page give an idea of device longevity. Vintage products are devices that have not been sold for more than five but less than seven years. A product is considered obsolete if it was discontinued more than seven years ago.

Taking a look at macOS compatibility (discussed below), we can see that most of the time, Macs are eligible to get the latest macOS version for about seven years. Apple generally supports each macOS version for three years.

Taking all this together, say you bought a brand-new Mac in 2022. It would likely receive macOS updates until 2029. The OS released in 2029 would receive support from Apple until 2032, and most third-party tools that worked on the final version of the OS would be supported until at least 2035.

This means that in general, you can expect at least 10 solid years of life from a Mac, barring any unforeseen hardware issues. Now let’s look at some signs your Mac is at the end of its life.

1. You Can’t Run the Latest Version of macOS

Each year around September or October, Apple releases a new version of macOS. Mac models from the past several years are capable of running it. This means if your Mac is too old to update to the latest macOS version, it’s becoming obsolete.

At the time of writing, macOS Monterey (version 12) is the latest stable version of macOS. The following Mac models can get this update:

If your computer isn’t on that list, it has likely entered Obsolete status. As mentioned earlier, while you won’t get any full macOS upgrades anymore at that point, you’ll still be able to use your computer as-is for a while.

For now, macOS Big Sur and macOS Catalina are both still supported. Catalina will likely stop getting updates around October 2022, while Big Sur should become unsupported in October 2023.

Once that happens, your Mac won’t receive security updates for your current macOS version, and third-party software might stop working. This means you’ll need to think about upgrading your Mac soon.

As technology advances, apps and other data continue to take up more space. This results in a constant struggle for free space if you have an older machine with a paltry amount of storage.

If you have a 128GB or even 256GB drive in your MacBook, you probably have to juggle files to make more space constantly. This might mean freeing up space on your Mac whenever possible or possibly adding more storage to your Mac with an external hard drive or other methods.

You can use these workarounds to cope with a small amount of space for a while. But once you get sick of them, it’s time to upgrade to a new Mac. When you do, choose a model with plenty of storage space for years to come; surviving on a Mac with minimal space is miserable.

Your Mac’s storage disk is just one computer component that declines with age. A lack of sufficient RAM will prevent you from running many apps at once, and an old CPU means that tasks like editing 4K video are extremely slow or impossible. You’ll also notice overall system performance suffers with older hardware.

Another internal component that takes a hit over the years is the battery in MacBooks. Rechargeable batteries only have a certain number of cycles before they’re “spent” and won’t hold a charge for long. macOS will warn you when your battery is getting to the end of its life, and you can check your MacBook’s cycle count whenever you like.

If you’ve used the battery extensively, it might only last an hour or two before you need to charge it. You can get around this by always using your laptop on the charger, but that sacrifices the portability, of course.

If you have an antiquated model, you might be able to upgrade or mitigate these issues somewhat by adding more RAM to your Mac, swapping the HDD for an SSD, or replacing the battery. However, this is basically impossible on newer Mac models (from ~2016 onward), as most components are soldered to the motherboard.

There are options for replacing a MacBook’s battery, but the money you would spend on a battery replacement (or professional hardware upgrade) is almost certainly better put towards a new machine. Apple’s service page states that it costs $129 to $199 for a MacBook battery replacement, which isn’t cheap.

4. Your Mac Has Major Hardware Damage

An obvious reason that you need to replace your MacBook is when it suffers serious physical damage. Maybe you dropped it and damaged the internals, or slammed the screen down on some debris and cracked it.

In these cases, your computer is unusable until you get it fixed or replace it. And as discussed above, it doesn’t make a lot of sense to pour hundreds of dollars into an old or even obsolete machine when you can get a new one that will last longer.

Barring a major hardware catastrophe, a long list of small issues can quickly become a big problem too. An old computer is often a lot like an old car. You can live with a few odd issues if they don’t impact your ability to use it properly, but eventually, something big will go wrong and you’ll have to decide whether to fix it or upgrade.

Little problems, like your charger not working unless it’s in just the right spot, dead pixels on the display, stuck keys, and crackling speakers aren’t necessarily signs that you need to replace your Mac. But when your computer has so many small quirks that it’s barely usable, you should cut your losses and look into a replacement machine that will perform much better.

When you get your next Mac, be sure to avoid mistakes that destroy your laptop so you don’t send it to an early grave.

An outdated Mac can also manifest itself through software issues. You might experience frequent OS freezes where everything becomes unresponsive. Other common issues include visual glitches and random shutdowns.

When you experience these, you should make sure you have enough space free, as low disk space can contribute to these issues. If an SMC and PRAM reset doesn’t fix the problem, move on to reinstalling macOS and see if your problems persist.

Hopefully, any software quirks disappear after this troubleshooting. But if not, you likely have issues related to outdated hardware and should consider upgrading your Mac.

6. The Timing Is Right for a New Mac

Maybe you’re ready to upgrade your Mac, but you can live with whatever issues it has and don’t need to buy one right away. In that case, you should wait for the right time to get the most value from a new Mac.

Apple releases new models of most Mac machines yearly. You shouldn’t buy one right before the new models release, as you can wait a bit longer to get a brand-new machine that will last longer for the same price.

Before you buy a new Mac, always check out the MacRumors Buyer’s Guide. This keeps track of Apple hardware releases so you don’t get caught spending full price on an old model.

If you can’t afford the latest model or want to save some money, you can opt for an older or refurbished Mac. Just keep in mind that the older the computer you buy, the sooner it will become obsolete. You’ll have to decide how long of a Mac lifespan you want for the money you spend.

Know When to Replace Your Mac

We’ve looked at how long Macs generally last, along with the major signs that it’s time to upgrade your MacBook or iMac. Your exact mileage will vary with your usage and computing needs, but it’s clear that Macs have a reliable reputation for a reason. Estimating your Mac’s lifespan makes you a more informed buyer.

Before upgrading, make sure you’ve done everything you can to make your old Mac feel like new. You’d be surprised what a few tweaks can do.

Subscriptions have made gaming on an iPhone fun again