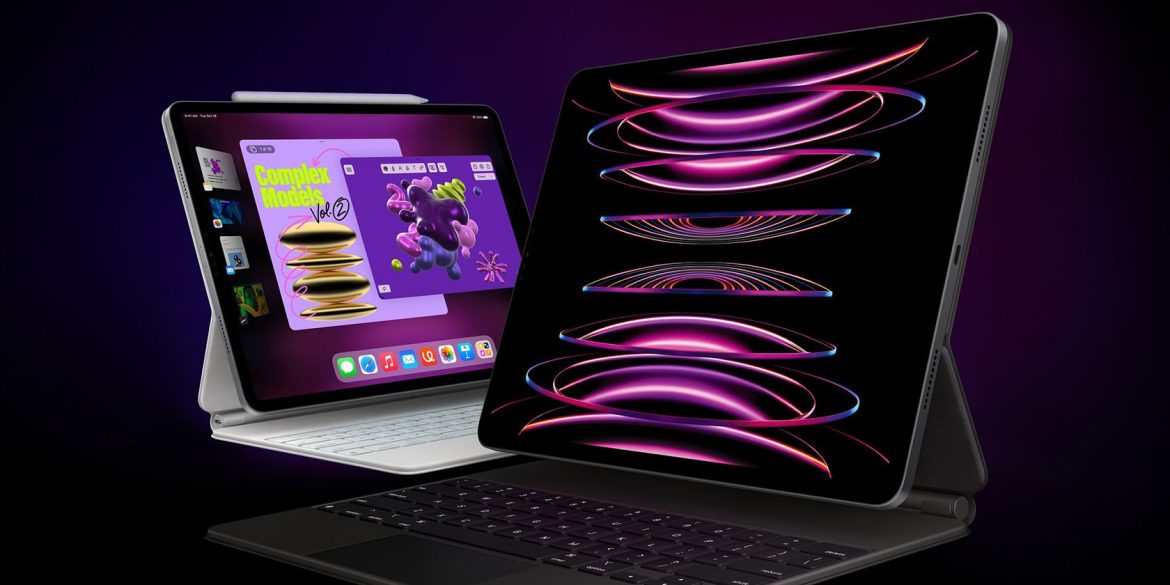 Apple last updated the iPad Pro line in April 2021 with the massively successful M1 chip. Fast forward a year, and Apple has now refreshed the iPad Pro models with the second-generation M2 chip.

Unfortunately, there was no fancy event for the launch of the iPad Pro this time. However, we’ve covered all the important details about the new M2 iPad Pro below.

Apple Refreshes the iPad Pro With the M2 Chip

In an Apple Newsroom post, the Cupertino-based tech giant quietly announced the next generation of iPad Pro models, which are now powered by the M2 chip, making it much more capable than ever before. It’s available in two similar screen sizes as before: an 11-inch and 12.9-inch screen size.

The design and display specs of the iPad Pro remain pretty much the same—both models offer the 120Hz ProMotion display that came with the 2021 iPad Pro, and the cameras remain similar. However, the M2 processor and a new hover experience with the Apple Pencil make this an incremental update.

The new iPad Pro will be available in stores on October 26th, starting at $799 for the 11-inch and $1,099 for the 12.9-inch model. The only two color options available are Space Gray or Silver, similar to the previous generation.

The 2022 iPad Pro isn’t anything groundbreaking, which is probably why Apple didn’t hold a special event in the first place. However, we’ve covered all the key new features below.

The M2 offers an 8-core CPU (which Apple says is up to 15 percent faster than the M1) and a 10-core GPU. The M2 also features 100GB/s of unified memory bandwidth, which is 50 percent greater than the M1. Considering the M2 chip outperforms the M1 chip, the 2022 iPad Pro should theoretically be much faster than before, but you probably won’t notice it in real-world use.

The M2 iPad Pros have improved camera features, even though the hardware hasn’t changed. Thanks to the M2 chip and the new ProRes encoder, the iPad Pro models can now record videos directly in Apple’s ProRes codec and transcode them up to three times faster. The still camera functionality also sees an upgrade from Smart HDR 3 to Smart HDR 4.

Apple introduced a new hover experience with the Apple Pencil for its 2022 iPad Pro lineup. Hover with Apple Pencil allows the iPad to detect the Apple Pencil when it is up to 12mm above the display, and users can see a preview of the mark they are about to make before they make it.

Third-party apps will also be able to take advantage of this feature, which will have some interesting applications. Apple Pencil’s hover feature currently only works on the 2022 iPad Pro models, and we don’t expect Apple to bring it to the previous generation.

The 2022 iPad Pro supports the new Wi-Fi 6E standard to improve speeds over Wi-Fi networks, provided the router also supports Wi-Fi 6E. This new wireless standard allows downloads up to 2.4Gb/s, which Apple claims is up to twice as fast as the outgoing models.

How Much Does the M2 iPad Pro Cost?

Fortunately, for those living in the United States, the 2022 iPad Pro lineup costs the same as the previous generation. We can’t say the same for international prices though, as many currencies have depreciated in value compared to the US dollar.

Prices for the cellular and Wi-Fi-only variants of the 11-inch and 12.9-inch M2 iPad Pro models are as follows:

When Can You Buy the M2 iPad Pros?

You can preorder the iPad Pros today directly from Apple Store Online. It will start shipping and be available in retail stores starting Wednesday, October 26th.

However, if you visit your nearby Apple Store on the release day, you can also choose to have a look before you purchase it.

Are You Excited About the New iPad Pro?

Apple’s refreshed iPad Pro models don’t have many new features over the previous generation, but the new M2 chip will guarantee improved performance under heavy workloads. This will be even more important with iPadOS 16 right around the corner, especially for features such as Stage Manager.

The new iPad Pro should make the entire iPadOS experience much smoother and is a solid upgrade if you want to purchase your first iPad Pro. However, we can’t say the same if you already own the 2021 iPad Pro, as the M1 chip is still overkill for most users.

12 of the Best Household Uses for Hair Conditioner