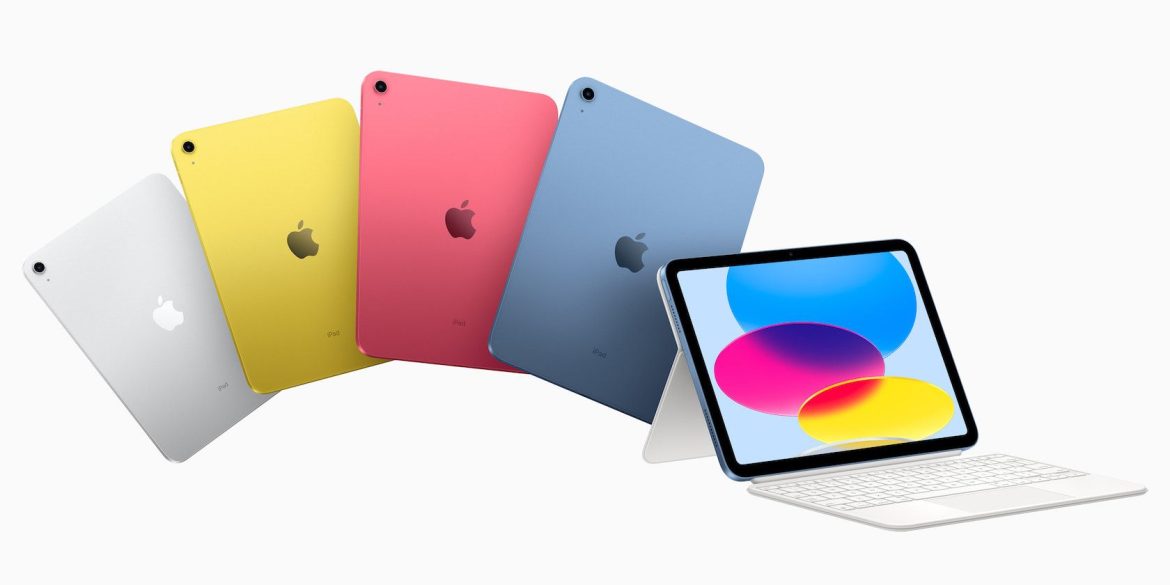 After creating and updating several versions of the iPad, like the iPad Air and the iPad Pro, Apple is finally giving the base iPad a major overhaul.

The 10th-generation iPad is on its way, and we’re here to tell you all about it—especially its new features!

Apple’s 10th-generation iPad comes with more changes to the device than we have seen in years, which is great news for anyone looking to buy the cheapest iPad.

In an Apple Newsroom post, the iPhone maker announced the redesigned 10th-gen iPad with a 10.9-inch Liquid Retina display, which is bigger than its predecessors. The Home button has also been removed, changing the layout of the iPad considerably.

The base iPad’s new ultrawide 12MP front camera and 12MP back camera are supported by the A14 Bionic Chip, which brings 5G and Wi-Fi 6 connectivity to the device while keeping battery life as solid as previous generations.

On the bright side, this new iPad comes in multiple colors and will ship with iPadOS 16 installed. So, it’s worth checking out the best iPadOS 16 features before jumping to conclusions based on the hardware.

Now that you know all about the 10th-gen iPad in brief, let’s dive in and look at everything new it offers in detail.

The 10th-generation iPad now looks more like the iPad Pro, thanks to its all-screen design. The bezels are thinner, and the Home button is gone, making the iPad just one big screen with tons of room for apps and games.

Don’t worry if you like having Touch ID on your iPad—the finger scanner is still here! It’s integrated into the top button of the tablet now, which you can use to unlock your iPad or authenticate apps quickly and easily.

Fortunately, the 10th-generation iPad isn’t just a visual upgrade; the insides are new and improved too. The A14 Bionic Chip sees a 10% improvement in graphics and a 20% increase in CPU over the A13 chip in the previous model. It also has double the Neural Engine cores over the A13, seriously increasing machine learning capabilities.

Apple boasts that the base iPad is now five times faster than the best-selling Android tablet, so thanks to this chip, the newest iPad is a high performer even under intense graphics demands.

Thanks to Wi-Fi 6, internet connections over supported wireless networks are 30% faster with the 10th-generation iPad than the outgoing model.

And with the addition of 5G, cellular models can hit peak speeds of 3.5Gbps in ideal conditions. So you can connect and collaborate just as quickly no matter where you are without relying on a Wi-Fi network or hotspot connection.

Apple has upgraded both the front and back cameras in its cheapest iPad. The back camera has a 12MP sensor that can now take 4K video and high-resolution photos, and it supports 240FPS slo-mo filming.

The front camera also uses a 12MP sensor with a 122-degree field of view. But more importantly, it’s located in the side bezel rather than the top, which is a first for any iPad. On top of that, the ultrawide front-facing camera unlocks the Center Stage feature, something we loved on the iPad Pro.

The Lightning port of the previous iPad generations is gone, and USB-C is here instead, offering faster charge times when used with the included 20W power adapter.

A USB-C port also means you can use some great USB-C accessories with the 10th-generation iPad, increasing the number of accessories available for the tablet by quite a bit.

However, the redesigned iPad is still only compatible with the first-gen Apple Pencil with the Lightning connector, meaning you’ll need a Lightning to USB-C adapter to charge it—shocking, we know.

Like the colorful 2021 iMacs, the 2022 10.9-inch iPad comes in fun, bright color options that haven’t been available before. You can still choose the classic silver or go with yellow, pink, or blue to make your iPad brighter and more custom.

Pricing and Availability of the iPad (10th Generation)

The base iPad is seeing a price increase in the 10th generation, but with so many new features, it might be worthwhile to pay a bit more.

You can get the 10.9-inch iPad at the following prices:

The Apple Pencil (1st generation) is $99 if you want to get it with your iPad. You can also consider the new Magic Keyboard Folio, which costs $249, or the Smart Folio, for $79.

The 10.9-inch iPad is available for preorder online at the Apple Store, with shipping and availability starting October 26th, 2022.

A Much-Needed Upgrade for the Budget iPad

After many years of small changes, it’s great to see Apple’s most affordable iPad get a much-needed design refresh, some leaps in performance, and new features.

The upgraded base iPad makes it a more compelling option than the iPad mini or even the iPad Air for most casual users. Alongside the 10.9-inch iPad, Apple also refreshed the iPad Pro with the M2 chip, which targets power users.

How to Stop Embers From ‘Popping’ Out of Your Fireplace