Home » Are Foldable EVs the Future or Doomed to Bendy Failure?
Craft

Are Foldable EVs the Future or Doomed to Bendy Failure? 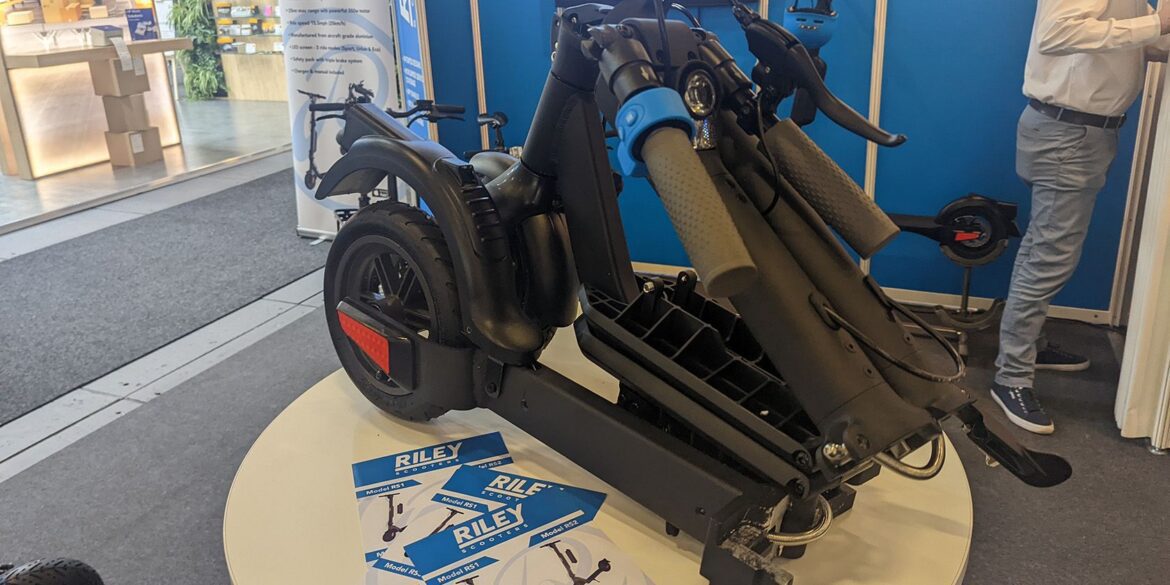 Electric scooters are fun, practical, and sometimes utterly terrifying—but not really portable. That statement might raise a few eyebrows, as most already fold down flat enough to fit in the back of most cars.

The truth is, sitting next to someone on the train with a folding bike is still a more comfortable experience than a long, heavy e-Scooter. With that context, British EV manufacturer Riley showed off the RS3 folding electric scooter at IFA 2022, and it folds down to an incredibly small size.

How have they done this? Does it feel as solid as regular scooters? What does carrying a 14kg scooter in a bag feel like? We stopped by their booth at IFA 2022 to find out.

While the conference floor was not a safe place to actually try out the Riley RS3, they did show us how to fold and unfold the scooter, along with generally handling it and standing on it as if we were going to use it.

While we had nothing on-hand to compare it to, as someone who has used heaps of consumer and commercial rentable e-Scooter designs in one form or another, we noticed nothing bendy, janky, or issues that would cause any alarm. This, paired with the quick folding down of the scooter, made quite an impression.

Now, in terms of specs, the scooter itself is relatively average. Or, at least, it would be for a regular scooter. It tops out at 25 km/h, which makes sense as that’s the maximum speed allowed in any European country, and it has a 25 km range. Of course, it’s not going to go toe-to-toe with the Kugoo Kirin G3, but then again, it’s not meant to. These are fundamentally different beasts, though both capable of a beastly amount of fun.

As with anything requiring large, dense batteries, weight is an issue. So it’s impressive that Riley has got the RS3 down to just 14kg, given the extra metal needed for stiff joints. One particularly nice touch of Riley’s design is the battery placement. At first glance, it’s hard even to know where they are.

The batteries are in the stem leading up to the handlebars and are easily removable, making charging convenient. It also feels an overall safer place to have batteries rather than under the deck, as is found on most other commercial scooters.

One thing is difficult to ignore, however. Though it is small, the RS3 feels heavy to carry. Being able to lift in a bag helps a lot, but you aren’t going to want to carry this thing far. Luckily, that’s exactly why it exists. Ride it to the station, fold it down to fit on the packed rush-hour train. Then, unfold it to ride to the office, where it’ll fit under your desk instead of blocking the hallway.

The RS3 will be available in October 2022 from the Riley Webshop and will cost €899 in Europe; other prices are yet to be announced.

The RS3 is among the most practical personal EVs we’ve ever seen, and it’s a sign of what is possible, at least depending on your needs and use case. Of course, folding mobility scooters have already existed for some time, but by design, they don’t need to be genuinely portable—just easy to fit into smaller cars or just light enough to carry on the metro or train.

Riley’s RS3 shows that the trend to minimize all tech devices can apply to electric scooters without losing functionality, and it’s an important step on the road to truly portable personal EVs. 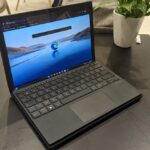 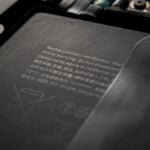 Amazon Prime Early Access Sale: the latest news, deals, and...
14 mins ago
Texas high school golf team cancels practice after encountering strip...
15 mins ago
How to Let Out Your Rage in Healthy, Productive Ways
57 mins ago