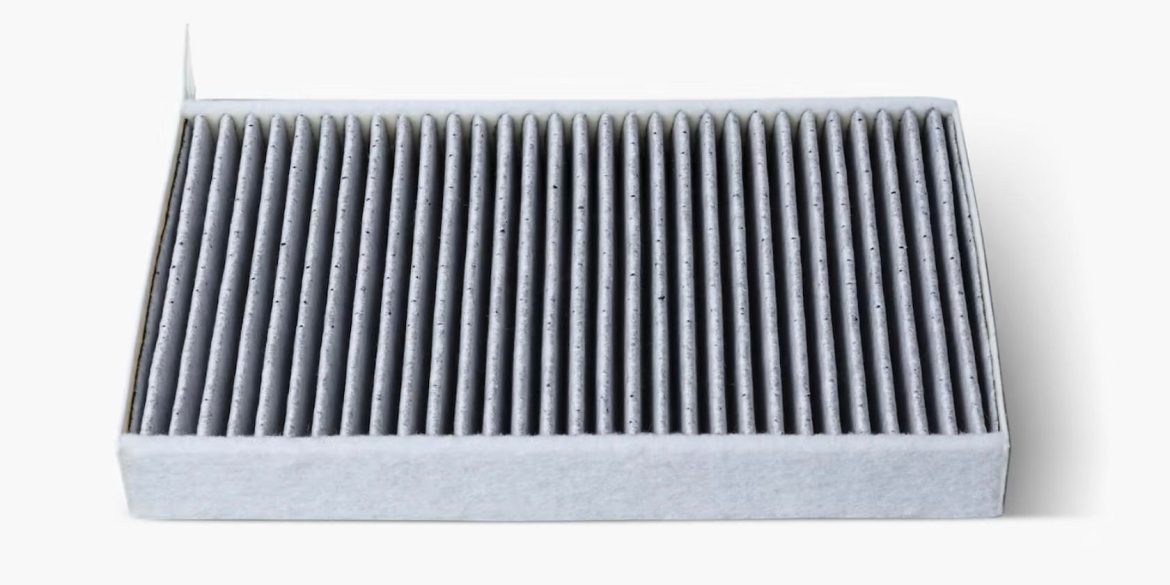 Unlike ICEs, EVs don’t have engine air filters. But they have two important filters: one for the battery and one that cleans the air inside the cabin.

In the future, EV air filters will scrub not only the air entering the vehicle but also purify the air outside. These technologies are already being deployed by Tesla and Audi.

Here’s what you need to know about how air filters work, how often you should change your EV’s air filter, and why they’re so important to your car’s and our planet’s health.

Pollen, smog, road debris, dust: it’s all the stuff you don’t want to breathe in.

Air filters have several layers to capture these substances and prevent them from entering the cabin. The biggest particulates are filtered out first, while the innermost layers of the filters capture smaller ones.

The filtered-out media remains in the air filter and, over time, limits its ability to “breathe.”

Most air filters are located behind the glove box and clean up the air that enters the inside of the vehicle from vents under the hood.

What Happens If You Don’t Change Your Cabin Air Filters?

If the cabin air filter becomes clogged, it will limit and eventually block airflow through the vents.

A clogged or blocked air filter creates a potentially unsafe situation if you need to defog your windshield quickly.

Dirty cabin filters also force your vehicle’s blower motor to work harder to push air through the system. Picture a fan trying to blow air through a piece of heavy canvas as opposed to a sheer, diaphanous veil. A hard-working blower motor will have a shorter lifespan.

How Often Should You Replace Your EV’s Air Filter?

It depends on the EV, your health, how much you drive, and where you drive.

Google Maps is mapping air quality on streets in Europe. In the future, it’s likely more vehicles will integrate sensors and displays that allow you to monitor air quality, such as the Airthings View Pollution device.

Other manufacturers, such as Ford, suggest changing the cabin air filter every 15,000 miles.

If you drive more than 15,000 miles a year, have allergies, or drive in a city with heavy pollution, it might make sense to change your cabin filter more regularly.

The good news is that new technology is on the horizon that will allow cabin filters to help the people inside a car breathe easier and benefit the entire planet.

Tesla takes air pollution seriously. So seriously, in fact, that they developed a high-efficiency particulate air (HEPA) filter that allows you to survive a military-grade bio attack. Tesla’s Bioweapon Defense Mode was engineered and tested to allow people inside the vehicle to breathe amidst dire pollution levels. This filtration technology is so powerful it even cleans the air outside the vehicle.

Audi’s Urban Air Purifier cleans the air both while the car is in motion and while charging.

Though the idea of cleaning up the pollution caused by a coal plant with your luxury car might seem off-putting to some, the technology has been tested in the Audi e-tron and demonstrated no negative effects on its operation.

This technology is in the pilot stage now but will likely become common not only in Audi’s, but other manufacturers as government regulations require more environmental efforts.

The Future of EV’s Air Filters

As EVs become more common, air purification technology will continue to improve. It’s reassuring to know that you can breathe clean air while helping the environment.

No matter what kind of vehicle you drive, replacing your air filter regularly is important, especially if you live in urban air with heavy pollution. 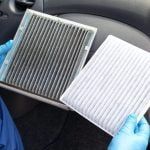