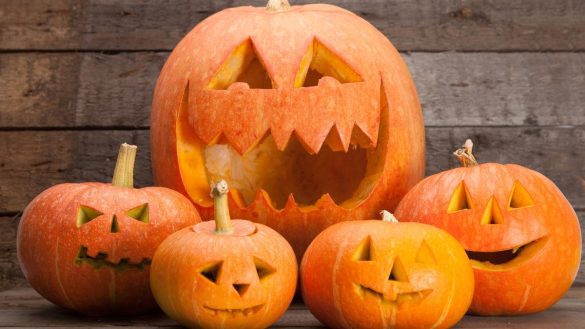 Carving pumpkins is a quintessential Halloween act—but anyone who’s ever attempted it knows that once a pumpkin is carved, its lifespan is quickly accelerated. Squirrels can get after them (though there are ways to prevent that), and if you jump the gun too soon, your jack-o-lantern can be rotten before the big day. It’s clear that the key to decorating with pumpkins is preparation, so you need a strategy going in. From when to harvest your pumpkins to how to preserve them, this all takes calculation.

Here’s another way to lengthen the lifespan of your jack-o-lantern.

Most preservation tips focus on what you do after you carve your pumpkin, but according to Wirecutter, there’s something you can do before you ever scoop out those pumpkin guts: Don’t cut your entry hole around the stem on top.

Think about it: The stem is a big part of the pumpkin’s structure. That’s where it once got its nutrients before you scooped it up and took it home to disembowel it. Plus, the stem that is left on top is heavy, which leads to a collapse of the lid you created.

Instead of carving your hole up there, try carving it on the bottom of the pumpkin or in the back. This will help preserve the jack-o-lantern’s structural integrity.

Get the freshest pumpkin possible

Wirecutter also recommends sourcing a very fresh pumpkin. If you can avoid getting a pumpkin that’s already aged a bit before you’ve ever cut into it, you should. That means getting your pumpkins from a pumpkin patch or farm, rather than a grocery store.

You’ll want to look for a firmly-attached green stem, as that indicates the pumpkin is young and fresh. A brittle stem is a sign that this one’s been off the vine for a while. Don’t get one with visible bruises or holes, and finally, don’t expedite the weakening process by picking that sucker up by its stem. Instead, scoop up all your pumpkins by the bottom and put them in a wagon instead of swinging them around by those vital, nutrient-rich stems.

When you get home, store the pumpkin outside or even in your fridge until you’re ready to carve. This will stave off premature aging. Just don’t freeze the pumpkin—a little chill in the fridge is just right.

According to the Farmer’s Almanac, you should hold off on carving as long as possible. The sooner you gut your pumpkin, damage its structural integrity, and stick it out in the elements, the sooner it will crumble. This is especially true in areas with higher humidity.

Make a schedule for your carving. If you insist on having jack-o-lanterns out all season, pick up some smaller pumpkins and carve them with simple designs, knowing they’ll rot out before Halloween week. Save your large, complex ones for the big day.

Finally, apply a little petroleum jelly to any cut surfaces once you’ve finished your carving. It will slow down the dehydration process that degrades the edges of your design. 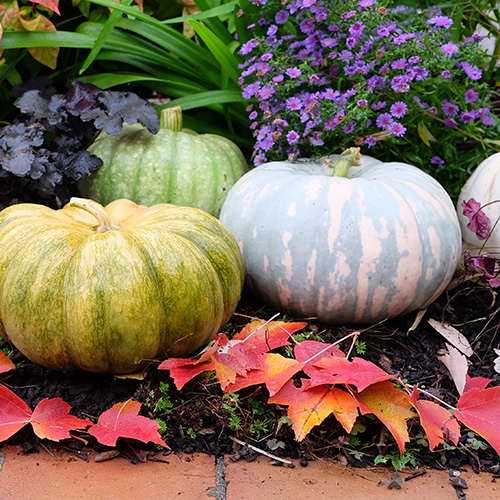 7 Great Pumpkins for the Northwest