As unlikely as it is to happen, every parent can imagine the horror and helplessness they would feel if they discovered their child had been kidnapped. The rush of emotions you’d experience—especially if you received a call from your child begging you for help—might overwhelm you, leading you to act rashly and do whatever it took to get them back. And that’s just what the engineers of a new “virtual kidnapping” scam are counting on.

Here’s what you need to know about “virtual kidnapping” schemes, including how to spot one before you become a victim.

According to the Los Angeles Times, the perpetrators of these schemes will call parents and attempt to get them to believe their child has been abducted, and demand an immediate ransom payment. All the while, the child is still safe at school or with the babysitter—but the scammers are hoping you don’t find that out until after you’ve paid up.

As FBI agent Erik Arbuthnot told the LA Times, this scam usually originates with inmates in foreign prisons. The scammers will simply cold call Americans, hoping to land on a person with kids.

When your phone rings, you’ll hear a child screaming something like “Mommy, daddy, help me!” The scammers are hoping you’ll say your child’s name, so they can use it to play along. The “kidnapper” will then tell you the horrible things they’ll do to your child if you don’t send money to them right away.

The scammers will typically ask you to send money through Western Union or MoneyGram. They won’t ask for too much in order to avoid triggering U.S. regulations in place to discourage people from wiring large amounts of money to foreign countries, Arbuthnot said—but that means they will conduct more of the calls to make up for it. The scammers also tend to do a poor job of covering their tracks, since they’re already in prison overseas and not afraid of prosecution in the U.S.

If you suspect it is not your kid in the other line (perhaps because they are standing next to you, or you don’t have one) the best thing to do is hang up. If you’re not sure but still feeling shaken, the FBI’s advice is to still hang up, but immediately verify that your kid is okay, as if the ransom were real, the kidnapper would keep calling you, while a scammer would likely move on to the next number. Arbuthnot also notes that most kidnappers won’t call you at all, because they usually aren’t after money—not exactly reassuring, but reason enough to think twice if you do get a call demanding you pay up.

What you should worry about is what you reveal to the scammers. The New York Department of State says the best way to vet a call like this is by asking questions only your child would know the answers to. Given that technology has made lots of personal information about you easily accessible, don’t ask questions like “when is your birthday?” Instead, ask something specific but innocuous, like, “what’s our dog’s favorite treat?” Ideally, you’ll have a safe word in place that your child can use to let you know they’re in danger.

Be careful not to reveal your child’s name or gender. Scammers will purposely wait for you to fill those blanks to use the information against you. If you suspect you’re being scammed, you can use the wrong name or gender to confirm your child isn’t actually in danger.

Remember, their goal is to get you into panic mode, so you’ll stop thinking logically. According to the Federal Trade Commission (FTC), if you’re pressured to act right away and send money without consulting anyone, that’s a red flag.

Another variation of the ransom scam

As noted, our lives are intertwined with social media, and scammers can use this against you. A more sophisticated version of this scam will use personal information easily accessible via the internet and social media to make the attempt to fool you feel more convincing. The scammer might know your child’s name, specific clothes they wear, hobbies, or hairstyle, and use it to make you really believe they were truly abducted.

A private safe word only you and your child know is the best defense in these situations. Talk to other family members who might not be as technologically savvy so that they know how to respond as well. Keep sensitive information off of social media as much as possible, and it’s a good idea to set any posts about your child to “friends only.” If they are old enough to have their own accounts, teach your kids about general online safety.

The FTC has prepared a complete list of steps to take should you find yourself in this unlikely situation. 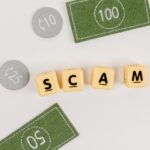 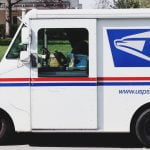 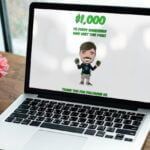