Home Craft Getting High, Not Cooking, and 10 Other Thanksgiving Traditions You Should ‘Adopt’ This Year
Craft

Getting High, Not Cooking, and 10 Other Thanksgiving Traditions You Should ‘Adopt’ This Year 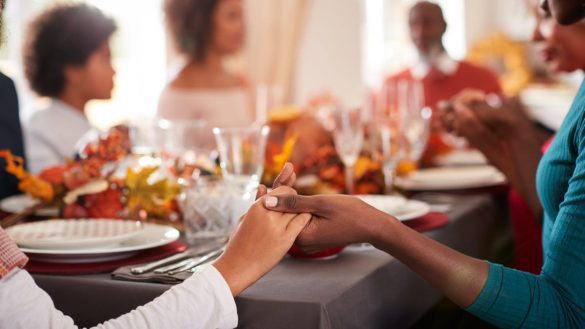 In the late 1800s and early 1900s “masking” and cross-dressing was the way kids celebrated Thanksgiving, especially in New York City. It’s time we brought it back.

According to a 1909 edition of Appleton’s Magazine, children would purchase “hideous and terrifying false faces, or ‘dough faces’” at NYC candy stores, and on Thanksgiving day, the streets were “filled with urchins in motley, with blackened faces or grotesque masks.”

The favorite costume of boys was “the worn out fineries of their sisters,” and the preferred activity was to “swarm about in the street in groups or parties, parading to the music of tin cans, importuning passer-by for pennies, or gamboling in awkward mimicry of their sisters to the casual street piano.”

This sounds like a lot more fun than trying to cook a mashed potatoes while awkwardly explaining your decision to drop out of college to Uncle Lou.

How Much Water Does A Marigold Need?

How Long Does it Take to Charge an Electric Car?

How to Spot Fake Reviews on Amazon

As Ukraine Presses Its Offensive, a Call for Evacuations From...
15 mins ago
Do This Now to Get a Head Start on Your...
19 mins ago
How Long Does it Take to Charge an Electric Car?
37 mins ago