Home Craft How Does an EV Motor Work?
Craft

How Does an EV Motor Work? 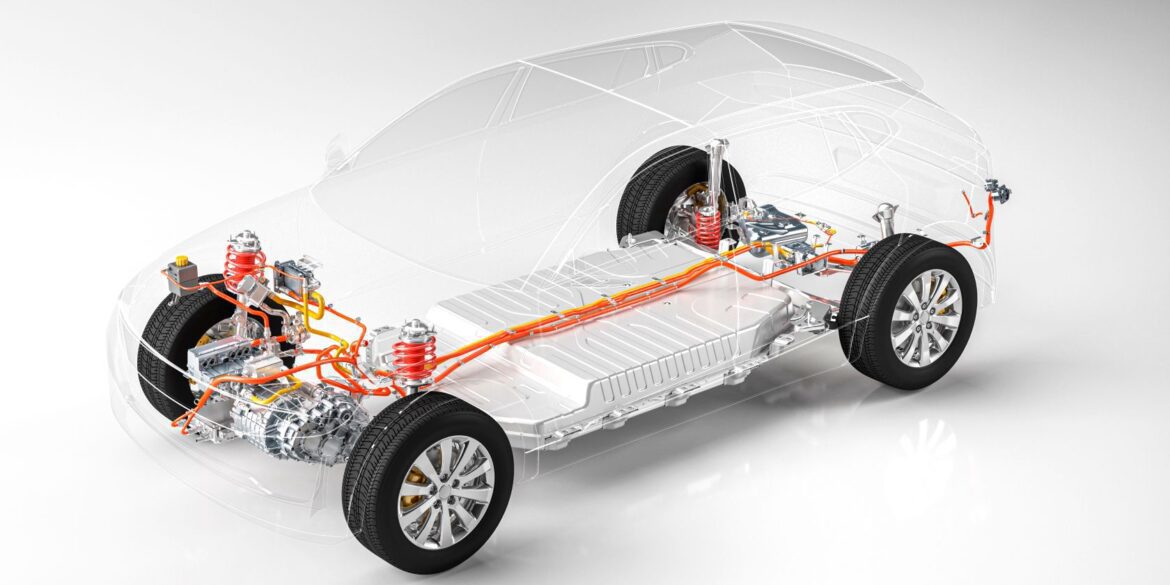 But as of late, the biggest hype surrounding the electric motor is due to the immense proliferation of EVs.

If you’re asking yourself how an EV motor works, you’ve come to the right place. Read on for all the details about how EV motors work and how it compares to an internal combustion engine.

What Is an Induction Electric Motor?

It’s probably among the top three inventions of all time, and that’s not an exaggeration. The induction motor is quite simple, with the only moving part being its rotor, which is why electric vehicle powertrains should prove to be very reliable as the years pile up. Coincidentally, this is one of the key advantages of EVs over gas-powered cars in terms of reliability. The induction motor features a stationary part called the stator, along with an inner portion that actually spins called the rotor.

The rotor has a shaft crossing through it that can be used to move things when the rotor spins. An example of this is a spinning fan connected to an induction motor’s shaft or perhaps an EV’s wheels moving as a result of the mechanical movement of the rotor’s shaft. The AC induction motor isn’t only present in EVs; it’s a staple in all aspects of everyday life. Many modern factory machines use AC induction motors, especially if reliability and low operating costs are essential.

That’s one of the main reasons that some performance EVs use induction motors. They’re extremely reliable and also very efficient. While induction motors produce their fair share of heat (which is why they often feature fans and fins built into the design), they are supremely efficient. According to the US Department of Energy, EVs can actually use more than 77% of the electrical power they get from a charge directly to the vehicle’s wheels. According to the same source, gasoline-powered cars can only muster to convert anywhere from 12%-30% of the energy they have stored in gasoline to usable power directly at the car’s wheels.

This is a huge problem and is one of the reasons electric vehicles are better for the environment, especially when connected to a clean power source.

How Does an AC Induction Motor Work?

In simple terms, the AC induction motor works by electrifying conducting copper coils positioned around the stator. The alternating current flowing through the copper coils induces a rotating magnetic field. Obviously, in an EV, the electricity that allows this step to occur is supplied by the EV’s battery.

Batteries produce DC power though, so before the electricity from the battery can be converted into mechanical energy by the electric motor, it has to undergo an intermediary step through an inverter that converts the battery-supplied DC power into the required AC power. The revolving electromagnetic field produced in the stator has the consequence of inducing a current in the rotor as it moves, which, in turn, induces an electromagnetic field in the rotor. This is why induction motors feature the name induction—because they work by inducing a magnetic field.

The magic happens when the revolving EMF induces an electric current in the rotor, which in turn produces its own EMF that forces the rotor to spin along, following the rotating magnetic field of the stator. The rotor spins the shaft, which is the useful part of the electric motor, allowing the creation of mechanical energy from electrical power. In terms of EVs, the way these electric motors deliver power means the torque is available instantly, which ICE cars can’t even begin to compete with.

The first obvious advantage of electric motors over internal combustion engines is the drastic reduction in moving parts. If you look at any basic animation of a gas engine versus an electric motor spinning, you’ll immediately notice how much more complicated the process is for the gas engine. The reduction in moving parts correlates directly to the maintenance upkeep of these different power plants.

With the electric motor, there’s not really much that can go wrong, especially due to wear and tear. Meanwhile, the internal combustion engine has tons of moving parts that can go bad. This is not to say that an electric motor can’t break, but if it’s devoid of many of the parts that go bad in a gas-powered motor, there won’t be any need to replace them.

One of the major failing points in normal engines is the timing chain (or belt), which doesn’t even exist in an electric motor. As previously mentioned, torque delivery is also a huge plus for EVs because they can deliver instant torque, contributing to the dramatic feeling you get when accelerating an EV.

Induction Motors Have Been Around Forever, But Are Still Revolutionary

The funny thing about induction motors is that they’re not a new invention by any stretch of the imagination. They’ve also been used everywhere for years, but recently these motors are getting the recognition they’ve always deserved due to the wave of EVs taking over our roads. The induction motor is still an amazing engineering marvel after all these years, and new research and development should help make it even more compelling. 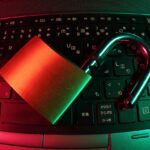 What Is Steganography and How Does It Work? 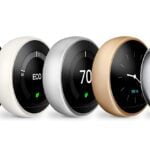 What is a Nest Thermostat and How Does It Work? 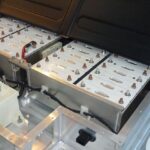 How Does a Lithium-Ion EV Battery Work?
Share 0 FacebookTwitterPinterestLinkedinRedditEmail

Bachelor in Paradise Premiere Features a Surprise Appearance
23 mins ago
My husband and I have saved $31K on rent by...
27 mins ago
Mila Kunis Teases That '90s Show and Recalls Ashton Kutcher's...
33 mins ago