How to Create a Double Exposure Effect Using Snapseed 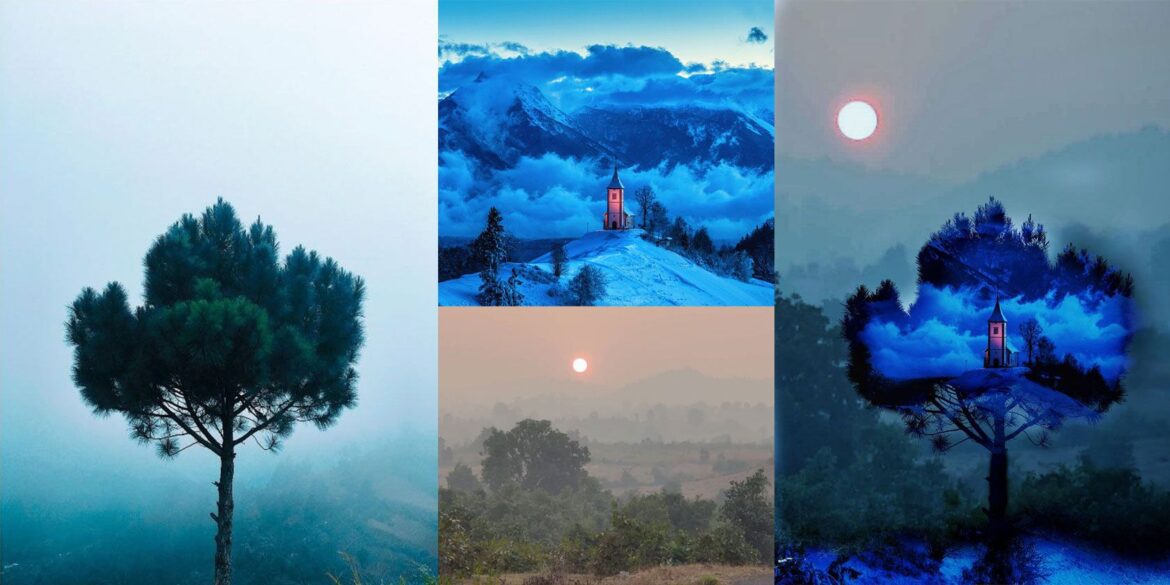 Double exposure is a film and photography technique popular from the dawn of the film camera. It involves exposing a single film twice before developing the photograph to get an artistic effect. Today, you don’t have to depend on camera films to create this effect when it can be done quickly using photo editing apps.

Snapseed is one of the most useful photo editing apps for smartphones and comes with a feature called Double Exposure. As the name suggests, the feature lets you merge two images without breaking a sweat. In addition, it also provides multiple blending modes for you to experiment with.

Let’s show you how to create the double exposure effect using Snapseed.

Creating a beautiful double exposure in Snapseed is a two-part process. First, you have to convert the image into black and white. It helps with the blending modes when exposing the second image. Before getting started, you can download the Snapseed app for free.

Here’s how to create a black and white silhouette image:

You have completed the first step to making a double-exposure image. Ensure the silhouette you want to keep is black and the part you don’t want is white (usually the background). You will understand its significance when working with the Blending modes.

Here’s how to use the Double Exposure feature:

The two crucial steps while using the Double Exposure function are to use the Blending modes properly and to use the Slack Brush to mask less important areas. The Slack Brush is similar to using layers and masks in Photoshop.

Understanding the Blending Modes in Snapseed for Double Exposure

It is essential to understand how the Blending modes or Styles in Double Exposure work in Snapseed if you want to create a double exposure effect. There are a total of six Blending Styles, here’s how they are different from each other.

The Lighten mode will pick up the brighter pixels from the two images. For instance, if you have a black box as the base and white as the second layer, the result will be a white image.

The Darken mode is exactly the opposite of Lighten. It will pick up the darker pixels from the two images. So if you have a black box as the base image and white as the second layer, the result will be a black image.

The Add blending mode adds the two RGB values of each pixel for the upper and lower layers. For instance, Black is 0 and White is 255, therefore, the result of the Add blend mode will be a white (255 value) image.

The Subtract mode is the opposite of the Add mode. As the name suggests, it subtracts the second layer from the base layer.

For instance, if you use a color with the RGB value 50-50-50 for both layers, the result should be a black image (at 0). However, the tool isn’t completely accurate and could result in some errors, causing a darker shade of the same color.

The Overlay Blend mode picks up the brighter colors from both layers and presents a vibrant and contrasty result. It is one of the most useful and complex blend modes in Snapseed.

The technicalities will help you understand how the blending modes work, but it’s best to try all the styles yourself before finalizing your edit to get the best result possible. All blend modes work best at 50% opacity, which is set by default. For Adobe users, here’s how to use the blending mode in Photoshop.

Use Snapseed to Create a Double Exposure Effect on Your Smartphone

Snapseed is one of the most helpful photo editing apps for Android and iOS devices, and you can download and use it for free. This article showed you how to create a double exposure effect by merging two images using the Double Exposure tool, and we also overviewed the blending modes that can come in handy when you are looking for new ideas.

If you use Snapseed for editing your images, refer back to this tutorial and give the double exposure technique a try.

How to Stop Discord From Launching at Startup and Searching for Updates...

How to Claim Rewards and Extras With Prime Gaming