How to Play Demos on the Meta Quest 2 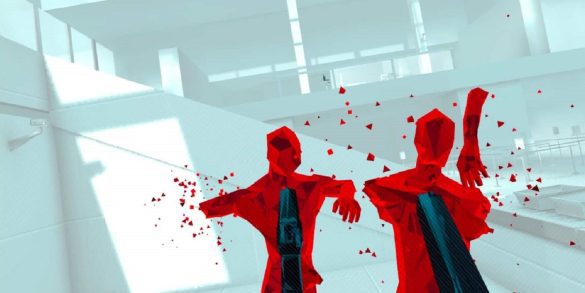 Eyeing up your next VR game but don’t want to commit to it just yet? Don’t worry—you can sample a selection of titles on your Quest 2. Here’s how.

These days, even the most ambitious VR games don’t cost as much as AAA console games. However, the price of some top-tier VR games is nothing to sneeze at. That’s particularly true when some people are susceptible to things like VR motion sickness in some VR activities. It would be quite a bummer to spend $40 on a game to find that it literally makes you sick.

But, did you know that you can demo some of the most popular games on Quest for free before you buy them? You just need to know where to look.

How to Find Game Demos for the Quest 2

In the Quest Store, select Filter By from the column on the right. Then, select Pricing and then Free. There are some free full-size games and apps in the store, but this is also the best way to find free demos of paid games and apps.

How Do Quest Game Demos Work?

When you’ve found a title that you want to demo, select the thumbnail. From here, you can watch a preview, and read descriptions. You can also download the demo or navigate to the page for the full title.

Once inside the demo, it might have a short menu but it often simply starts the demo straight off. What the demo is like depends on the title in question.

Typically, the demo is similar to or identical to a tutorial level for the full title. This is plenty to get a feel for the game and whether it gives you “VR motion sickness.” Being shorter, demos also download a lot faster than a full game.

When you’re done with the demo, you often have the simple option of playing the demo again or buying the full game. If the demo sold you on the full title but you aren’t ready to pay up, you can always add the title to your Watchlist. That way, you can keep the title handy while waiting for seasonal sales or other opportunities to buy the full game.

Which VR Games Have Demos?

There’s no AI program that chops the first level off of a game to generate a demo for the Quest Store. Game publishers need to create and post a demo of their full game, so not all VR games have one. As of this writing, VR games with free demos include:

If nothing on that list interests you, or you already have the full title, keep checking back. Meta adds new demos periodically.

VR is becoming more popular but it is still a largely experimental medium. Demos of VR games are great ways to see if you like a game. They’re also a great way to test whether a game agrees with you.

If a demo is too boring, too complicated, or makes you queasy, the full game probably isn’t worth your money. On the other hand, a well-made demo of a game that’s right down your alley can help to sell you something you might not have known you wanted.