Public spaces are supposed to be free and open to anyone—that’s usually what the word “public” means. But as impossibly high costs of living leave more and more people homeless, the definition of public space is shrinking to purposefully exclude them. Businesses and city governments most often do this through hostile architecture, which makes it uncomfortable or impossible to rest in public.

Hostile architecture (or hostile urban design) is a way of designing public spaces to discourage or prevent certain behaviors, usually sleeping, sitting, and/or skateboarding. It allows the designers to purposefully exclude certain types of people—specifically homeless people and, to a lesser extent, teenagers—from a given area. In fact, hostile architecture is so widely used to target homeless people that many of the most common examples are now referred to as “anti-homeless architecture.” Here’s how to spot it.

What is “anti-homeless architecture”?

Anti-homeless architecture can be incredibly obvious, but more often than not, it’s designed to provide at least a little plausible deniability. Segmented benches are the most common example: Those “armrests” actually make it impossible for anyone to lie down (and also for many fat people to sit comfortably). In some cases, benches may not be segmented but are slanted, tiered, curved, or otherwise impossible to lie down on. Sometimes, people intentionally place decorative design elements like trees, rocks, and planters where people camp; even useful infrastructure like bike racks can be used in bad ways.

Sometimes, though, anti-homeless architecture is more up-front about its intentions. This is when you get things like spikes and rough rocks on any flat surface, particularly under bridges; barred corners and fenced-off heat grates send an even more explicit message to anyone looking for a place to sit. In some cases, businesses will deter camping by flashing bright lights and/or playing loud alarms. Music can be used for anti-homeless purposes as well: In 2019, the Waterfront Lake Pavilion in West Palm Beach, Fla., blared “Baby Shark” and “It’s Raining Tacos” through the night to keep anyone from sleeping there.

These are just a few of many examples. Basically, if it looks, feels, and/or sounds as though a space was intentionally designed to make resting impossible, it probably was—no matter what anyone says to the contrary.

Why hostile architecture is terrible

The first and most important problem with hostile architecture is that it’s inhumane. Preventing anyone from sitting or lying down in public is just plain cruel, and it’s even worse when they don’t have anywhere else to do it. The second problem is that many people in power seem to think it’s a legitimate way to address the homelessness crisis. It’s not: Homelessness is caused by insufficient housing supply, rising rents, and stagnant wages. Dumping boulders on the sidewalk addresses exactly zero of these problems—it just forces people into even more precarious living conditions.

If the cruelty wasn’t bad enough, anti-homeless architecture is also incredibly expensive. Last year in Portland, Ore., for example, the city council approved a $44 million public safety spending bill that allocated $500,000 to install anti-homeless benches on the southern border of Laurelhurst Park. So far, these benches haven’t materialized—likely due to public backlash against the concept of spending half a million dollars on benches—but it’s a good example of just how much cities willingly spend to ban certain residents from public spaces. This begs the question: If homelessness is such a big problem, why not spend money on housing and services rather than pricy punitive measures that only make the problem worse?

The answer is that, at least in the U.S., many people believe that homelessness is bad not because human suffering is bad but because people sleeping on the street negatively affects their businesses, property values, and feelings—so they bug their city councilors and mayors to “do something” about it. Politicians are often all too happy to oblige, which means more camp sweeps, more arrests, and more anti-homeless urban design, all of which they can justify by citing how many complaints they get.

What you can do about it

If you notice an increase in anti-homeless architecture in your area, you can do something to help—namely, complain. Complaints get these projects approved, and they can also shut them down. Figure out who’s responsible for a given feature: Who requested it, and why? Who approved it, and why? Who installed it, and for how much? Then, let them know how you feel about it, ideally in writing. For an even stronger impact, get your friends and neighbors to complain, too.

You should also avoid businesses that contribute to anti-homeless measures in your area—and not just those that install hostile designs out front. Many business owners proudly let their cruel views fly at every opportunity, particularly on social media, so it’s pretty easy to figure out where they stand. You may also consider getting involved with a housing advocacy group. The current surge in anti-homeless urban design may be relatively young, but the problems they exacerbate sure aren’t. No matter where you live, people are already working to make things better; if you’re serious about helping, start there.

All of this goes double (or triple) for people who already own homes. Homeowners and neighborhood associations wield enormous amounts of power in local politics, and not always in a good way. If you don’t ascribe to the “fuck you, got mine” worldview, it’s incredibly important to let people know—especially the assholes in your HOA. 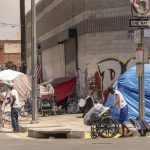 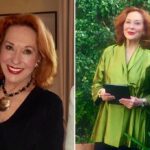 Former exec became homeless after divorce, says it could happen to you
Share 0 FacebookTwitterPinterestLinkedinRedditEmail