How to Start and Stop Screen Recordings on a Mac 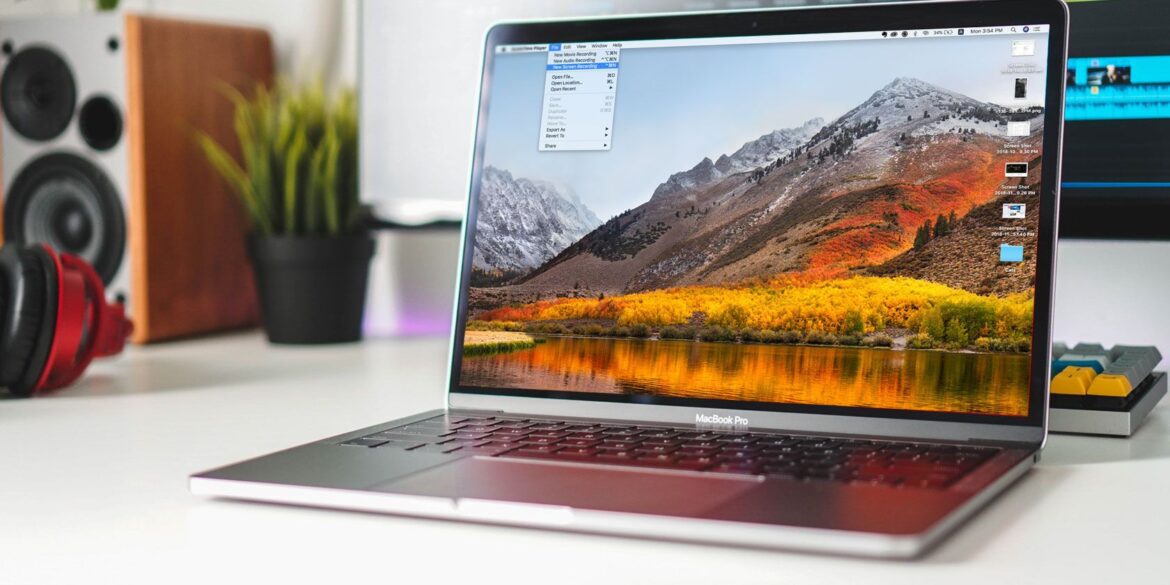 There are many times when recording your Mac screen can come in handy. Maybe you want to create a screencast tutorial. Perhaps you’re creating a business presentation. Or maybe you’re interested in making video notes for yourself.

Whatever the reason, it’s simple and easy to do. So here’s how to record the screen on your Mac and easily start and stop recordings with a few different methods.

How to Screen Record on a Mac Using the Screenshot Utility

You may be tempted to install third-party screen recorders for your Mac, but actually, the easiest method to record your Mac’s screen is by using the Screenshot Utility. This tool lets you capture screen recordings in addition to screenshots.

To open the utility, press Cmd + Shift + 5 on your keyboard. At the bottom of the window that appears, you’ll see two options—Record Entire Screen and Record Selected Portion.

If you choose Record Entire Screen, a camera icon will appear. This is handy if you use more than one monitor. Just move the camera to the screen you want to record and click for the recording to begin. If you choose Record Selected Portion, drag the corners of the box you see to adjust the frame size. You can also move the box to a different area on your screen.

Clicking on Options allows you to select various options for your Mac screen recording. This includes choosing your desired microphone, where you want to save your recording, if you want to record mouse clicks, and more. Once you’re ready, hit the Record button to start the recording.

How to Stop Screen Recording on Your Mac

Once you’ve completed the recording, you may be unsure about how to stop it, as the screenshot utility window won’t be visible anymore. Instead, you should see a small Stop icon in the macOS menu bar. Click on it to stop the screen recording on your Mac.

The recording will automatically save to the Desktop, and you’ll see a preview of it in the bottom-right corner of your screen (similar to when you take a screenshot). If you click on this preview, you’ll be able to see the entire recording and trim it if needed.

The Benefits of Recording With the Screenshot Utility

How to Screen Record on a Mac Using QuickTime Player

An alternative method to record your Mac’s screen is to use QuickTime Player. QuickTime Player uses the same Screenshot utility tool we described above, but the difference is that you control everything directly from the QuickTime Player app instead. This may be useful for Macs running macOS versions earlier than macOS Mojave.

To record using the QuickTime Player, open the app, then select File > New Screen Recording from the menu bar.

This launches an overlay, allowing you to select various options to record your screen. You can choose to either Record Entire Screen or Record Selected Portion, similar to the Screenshot utility.

Once everything’s set up, start recording by clicking the Record button. To stop screen recording on your Mac, click on the Stop icon in the macOS menu bar.

The recorded video will open immediately. You can choose to edit it as required (using Trim or Rotate tools). Once you’re done, simply select File > Save or hit Cmd + S on your keyboard to save the video to your desired location.

The Benefits of Screen Recording With QuickTime Player

How to Record System Audio in Screen Recordings

How to Screen Record on a Mac With Third-Party Apps

With the above two options, there’s little reason to seek a third-party app for recording your Mac screen unless you want or need more features. If you’re unsatisfied with the built-in options, OBS Studio is our favorite third-party freeware to use to record your Mac’s screen instead.

The consensus among both casual and hardcore users is that there’s no freeware screen recording utility as good as OBS Studio. The app offers features for both novice and advanced users that allow you to customize every aspect of your screen recording. You can also use the app’s built-in features to stream directly to multiple platforms, including YouTube, Facebook, Twitch, and more.

Recording Your Mac Screen Couldn’t Be Much Easier

Starting and stopping a screen recording on your Mac used to be more complicated. But, as you can see, it’s pretty easy to do these days. You have multiple options available to you by default to record your screen on a Mac, and if you want, you can also use a third-party tool to do the job. Hopefully, one of these methods is exactly what you need to record your Mac’s screen.

How to Have More Sex