How to Take a Screenshot on Chromebook With the Snipping Tool 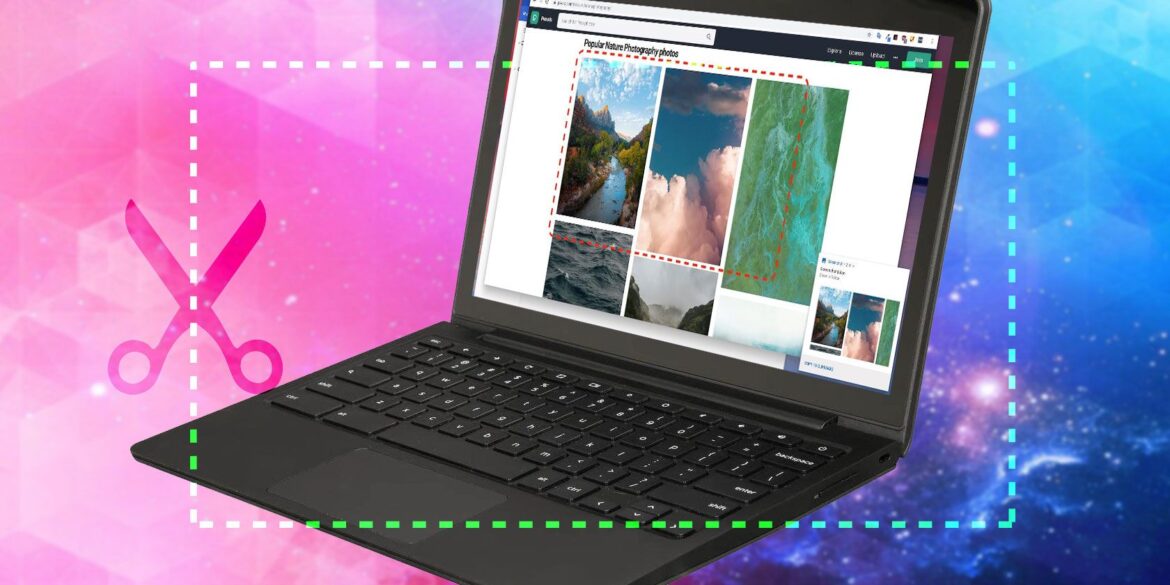 Want to take screenshots on your Chromebook efficiently? Luckily, the snipping tool in Chrome OS allows you to take a partial screenshot of your Chromebook’s screen, which saves the job of having to crop it later using an image editor.

In this guide on the snipping tool for Chrome, we’ll show you how you can take full-screen grabs on your Chromebook, along with a guide on taking partial screenshots and window snips as well. There’s everything you need to know for how to snip on a Chromebook.

To bring up the snipping tool in Chrome OS, press Shift + Ctrl + Show Windows. The Show Windows key is the one with a stack of rectangles on it, representing a bunch of windows (highlighted in the image below). It is usually the 5th or 6th key in the top row, positioned between the Full Screen and Brightness Down keys. Note that some Chromebook keyboards may have the F5 key instead of Show Windows.

Once you press the keyboard shortcut, the screen will dim slightly and the mouse cursor arrow will turn into a crosshair icon for the snipping tool. A screen grab/record toolbar will also appear at the bottom of the screen, with the partial screen grab icon selected.

Click and drag the crosshair over the area of the screen that you want to grab. As soon as you release the button, the snipped screenshot will appear in a preview window in the bottom right corner of the screen.

By default, the screenshot is saved in the Downloads folder. To view it, click on the preview window and then double-click on the highlighted file to open it.

It is also possible to take a screenshot of a specific window in Chrome OS. To do so, press Ctrl + Alt + Show Windows for the snipping tool on your Chromebook. Again, the mouse cursor arrow will change into a crosshair and the screen grab/record toolbar will appear, with the window grab icon selected.

As you hover the mouse pointer over a window, it will show brighter. Click on the window you want to capture and the snipping tool in Chrome OS will automatically take a screenshot for you.

For more top tips on using Chrome OS, including how to print, check out our ultimate how-to guide for Chromebook beginners.

In summary, here are the keyboard shortcuts for taking screenshots in Chrome OS, including one to grab the entire screen:

These three snipping tool shortcuts for the Chromebook make it quick and easy to take screen grabs. There are lots of other handy Chrome OS keyboard shortcuts available to make your Chromebook experience faster than ever.

You now know how to use the snipping tool in Chrome OS to take screenshots of selected areas and individual windows, as well as the full screen. As mentioned above, the Downloads folder contains the screenshots in the form of PNG files with a timestamped name. You can save them to a USB drive or share them via the usual methods of data transfer.

If you’re new to Chrome OS, the unique interface and Android-like workflow might seem daunting to you at first. Getting practical with your new Chromebook device is the best way to learn more about it.

Martha Stewart’s 81st Birthday Selfie Is The Definition Of Glowy