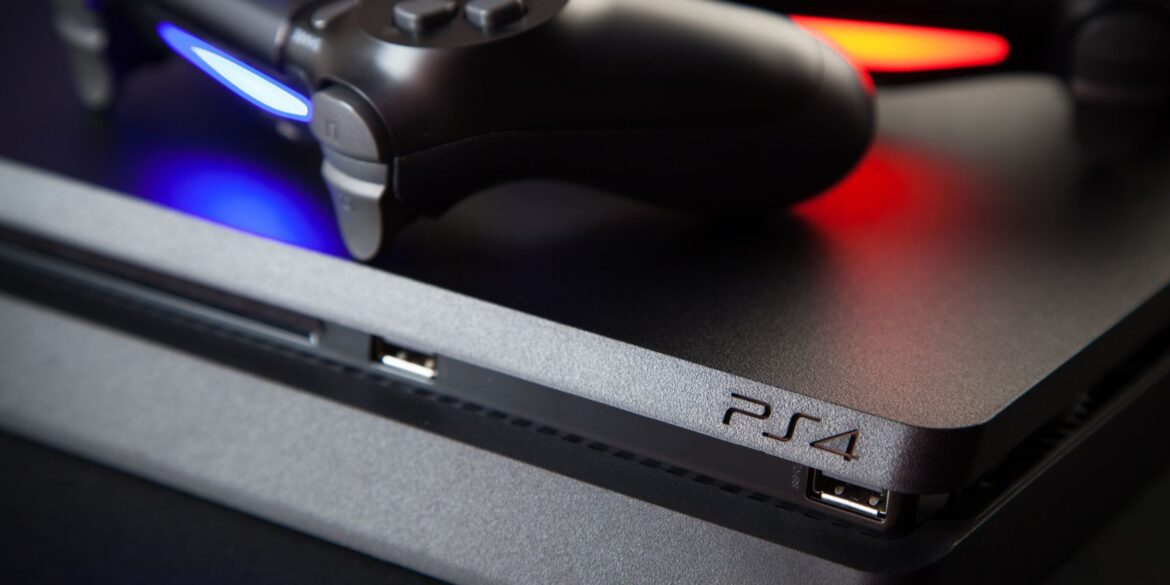 While the PlayStation 5 is Sony’s latest console, the PlayStation 4 is still on the market, at least as a pre-owned system. The question is: should you buy a PS4 in 2022?

Let’s look at some of the reasons why buying a PS4 still might be worthwhile for you, along with some cautions about buying the console so late into its life.

It’s difficult to give an exact market price for the PS4 at this time since the console is now only sold pre-owned and through store bundles. As evidence of this, the PS4 Slim page on Sony’s website is currently listed as Out of Stock.

The major difference between these is that the PS4 Pro can play games at 4K resolution due to its more powerful hardware. Unfortunately, Sony hasn’t dropped the suggested price of either system after the launch of the PS5.

When shopping pre-owned, you may also see the original PS4 model. Aside from its larger size and a few minor tweaks, this older model is effectively identical to the PS4 Slim.

In contrast, the PS5 Digital Edition (which lacks a disc drive) is $400, while the standard PS5 is $500. Pricing aside, there are still reasons to consider a PS4 if you can’t find a PS5 (or don’t want to go next-gen yet).

The PS4 Has an Excellent Library of Games…

It’s no secret that owning a PS4 grants you access to a vast catalog of games. This includes the best PS4 exclusives like God of War and Ratchet & Clank, third-party titans like Call of Duty and Assassin’s Creed, indie games, and remasters of classic PlayStation games.

If you don’t already have another console or a gaming PC, the PS4 provides a great way to play tons of games. This is especially the case due to the revamped PlayStation Plus service introduced in June 2022. By paying more for the Extra or Premium tier, you can access hundreds of top titles from the PS4 and older PlayStation consoles. If you’re just jumping into the PlayStation lineup, that’s a lot of value compared to buying games individually.

However, the PS4 is a hard sell in 2022 if you’re primarily looking for its exclusives.

…But Many PS4 Games Are Playable Elsewhere

Thankfully, the PS5 is backward-compatible and thus able to play almost every PS4 title. This means if you own a digital game on PS4 (or a PS4 disc and the standard PS5), you can play it on your PS5 while taking advantage of the more powerful hardware.

If you missed out on the PS4, the PlayStation Plus Collection is an even more attractive perk. This benefit, available to all PS Plus subscribers who have a PS5, gives access to several top PS4 games like Persona 5, Resident Evil 7, and Bloodborne at no additional charge.

PlayStation Plus costs at least $60 per year, making it an additional cost to consider. But if you want to play a lot of these titles, waiting for a PS5 and subscribing to Plus is more cost-effective than getting a PS4 and buying them individually.

PS4 games run faster on PS5, thanks to its built-in SSD. Just keep in mind that the PS5 comes with a limited 825GB of storage, so those PS4 games will add up quickly. If you need more space on your PS5, you can run PS4 games via an external USB drive or an M.2 SSD, but both of these incur an additional cost.

As it turns out, PlayStation consoles aren’t the only place to play PlayStation titles. A few games that were once exclusive to the PS4, such as Horizon Zero Dawn and God of War, are now available on PC via Steam. Additionally, PlayStation Plus is available on PC. The service, formerly known as PlayStation Now, allows you to stream many top PS4 (and earlier) titles to your computer, as long as you have a decent PC and internet connection. See Sony’s PlayStation Plus on PC page for info.

So if you already have a PC and just want to try a few exclusive games, a PS4 might not be worth it for you. And if you’re mostly interested in multiplatform games, a PS4 doesn’t offer the best value—more on this below.

How Long Will the PS4 Receive Support?

In January 2021, Sony Japan confirmed that it was ceasing production of almost all PS4 models. This was unexpected, since the company had earlier claimed it would support the PS4 for several more years.

By now, the existing supply of PS4s has largely dried up. You won’t find new PS4s available for sale at Best Buy, Amazon, or GameStop today. Your options for buying a PS4 are limited to pre-owned models at these stores, on local marketplace websites, and similar.

Sony dropping support for the console is a sign that you probably shouldn’t buy it. A discontinued console will soon stop receiving games, and Sony likely won’t offer hardware support for it much longer either.

But if you do get a PS4 in 2022, how long should you expect game support to last? To estimate, we can look back at the last console generation.

The PlayStation 3 was released in 2006 and discontinued in 2016 in North America. It received cross-generation titles until the end of its life. For example, 2015’s Call of Duty: Black Ops III was the last Call of Duty title released for the system, though it was a watered-down version with no campaign mode.

This was similar for PlayStation-exclusive games. MLB The Show 16 was the final PS3 version of the yearly series published by Sony. Prior to this, 2014’s LittleBigPlanet 3 was the last major Sony-published title on the system.

The PS4 arrived in 2013, when the PS3 was seven years old. Since the PS5 launched in 2020, this puts the PS4 on the same timeline as the last generation—though the existence of the PS4 Pro (launched in 2016) complicates this a bit.

Horizon Forbidden West was released on both PS5 and PS4 in February 2022 (after being delayed from its planned 2021 release date). In contrast, 2021’s Ratchet & Clank: Rift Apart, a major PlayStation exclusive, is PS5-only.

March 2022’s Gran Turismo 7 is available on both PS4 and PS5, while God of War Ragnarök will also be on both systems when it launches in November 2022. Call of Duty: Modern Warfare II will launch in October 2022 on both consoles, while the Resident Evil 4 remake launching in March 2023 will be PS5-only.

Whether you’ll need a PS5 to play the next big game is thus uncertain. From these trends, we would expect the PS4 to stop receiving cross-platform titles after 2023. The PS4 Pro may receive a different treatment, but Sony hasn’t made a distinction between PS4 models for any releases since the PS5 came out.

Looking at all these considerations, is the PS4 worth buying in 2022? Probably not, but it depends on your situation.

If you want to play a lot of titles that are only available on PS4 and you don’t have another game console, then the PS4 still has a bit of worth. The PS4 Pro is more future-proofed, but since its price is close to a PS5, we’d recommend sticking to a PS4 Slim if you do buy a PS4. If you can find a refurbished model from a trusted source, or a gently used model from a responsible owner, you should be able to find one for a reasonable price. We wouldn’t recommend paying more than $200 for a PS4 in 2022.

With a PS4, you can still enjoy cross-play with PS5 players in many games. Plus, you can take most of your games with you when you upgrade to a PS5 (either through backward compatibility or free upgrade offers). But you’re mostly buying access to older titles with the PS4, since not all new games will launch on the system over the next year.

If you see yourself buying a PS5 in the next year, we’d recommend waiting for that instead. It doesn’t make much sense to spend $300 on a PS4 now, only to spend $500 on a PS5 shortly after. In the meantime, you might consider trying a few games using PS Plus or Steam on your PC, if your machine can handle it.

We’ve compared the PS4 and PS5 in more detail if you need help making that decision.

If you’re not interested in PlayStation exclusives at all, consider a Nintendo Switch instead. That console launched in 2017, but still offers a lot for the price. You get a system that you can play at home or on the go with a wide variety of first-party Nintendo titles, plus third-party ports and indie games.

The Switch will likely receive support for longer than the PS4; just keep in mind that it’s not as powerful. As a result, cross-platform games like Doom Eternal and Overwatch are not as smooth on Switch.

Another great option is the Xbox Series S, which is a solid contender in this console generation. That system is also $300, and while it has a small 512GB of space and isn’t as powerful as the PS5, it’s ultra-fast and has a huge library of Xbox games across generations. You also get access to the excellent Game Pass service, which is a lot simpler than the new PS Plus and offers better-quality games. For a casual player, it’s a much better investment than the aging PS4.

You won’t get PlayStation exclusives, but the Series S can play all multiplatform games like Battlefield and Madden.

The PS4’s Legacy Lives On

As we’ve seen, there are some situations where it could make sense to buy a PS4 right now. But as the system continues to age, we don’t recommend buying a PlayStation 4 in most cases. It’s smarter to wait for a PS5, get PlayStation exclusives on PC, or get another console instead of paying for an old system.

Buying a modern console, especially once more games arrive for it, is a better investment of your money. It just requires a little patience for now.

8 of the World’s Most Amazing Real-Life Prison Escapes (and What to...

How to Fix the Intel Graphics Command Center Not Working on Windows...

What Is the ‘Girl Bro’ Meme? The Out-of-Touch Adults’ Guide to Kid...