Make and Freeze Some Roux Now for Easy Turkey Gravy 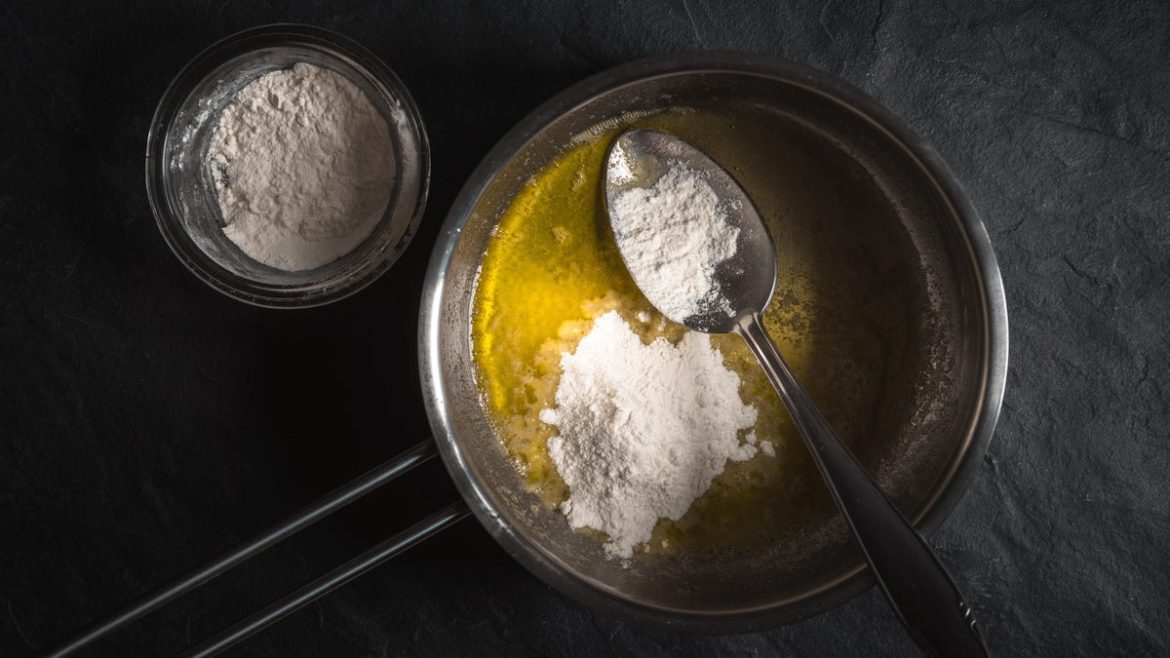 On Thanksgiving, roux has a small, but indispensable part to play. It’s the thickening agent in my turkey gravy but, more importantly, the key to my day-after-turkey-day turkey gumbo. Making a blonde or even golden brown roux gravy is fairly quick and painless, but a dark roux for gumbo takes a little more time. In either case, there’s no reason you can’t make a whole bunch of roux ahead of time (and of any color), and freeze it until you need it.

If nothing else, it’s a good idea to have extra roux on hand to fix a too-thin gravy. Though cubes of butter tossed in flour can have a similar thickening effect, they don’t provide the same toasty, nutty flavor a brown roux brings to your gravy—a flavor that is very important to me.

The easiest way to make a lot of roux at once

If you’re going to batch and freeze, you might as well batch a bunch. And though you certainly could make a whole bunch of of it on the stove, I usually only go that route if I’m making a pale roux or only need a couple of tablespoons of a golden roux. You can also make roux in the microwave, but not all that much at once. For a large amount of brown (and darker) roux, I use the oven.

Weigh out equal amounts of fat and flour. I use 8 ounces of each because if we’re gonna do it we might as well do it. Whisk the two ingredients together in a dutch oven or similar vessel, then cook in a 350℉ oven, whisking every half hour, until your roux reaches the desired color. (The wider your vessel, the more your roux can spread out and the faster it will cook.) For a golden roux, this takes anywhere from 45 minutes to an hour or two, depending on the size and width of your cooking vessel; for a dark chocolate-colored roux, it can take several hours. Keep an eye on it.

Once your roux is the color you want, remove from the oven and let cool completely. Hot roux is hot—it caused the worst burn I’ve ever sustained on my tender flesh—so do not rush the cooling step. Store the paste in a jar in the fridge, where it will keep for several months, or portion it into ice cube trays and freeze, or transfer to a freezer bag and freeze flat. Roux will keep in the freezer for at least a year.

How to use your frozen roux

Heat your desired amount of roux over low heat to melt (or warm if you were storing it in the fridge), then proceed with your recipe (be it gravy or gumbo) as usual. You can also toss cubes of roux into gravy as needed to thicken it—just make sure to add one cube or small chunk at a time, and give it enough time to melt and warm before adding more, so you don’t put in too much at once. (When in doubt, try the plate test.)

HOW TO SNEAK SNACKS INTO CLASS? 🍭 CRAZY WAYS TO SNEAK FOOD EVERYWHERE!

The Difference Between Plant Food and Fertilizer

Security guarantees for Russia are an ‘essential’ part of any...
20 mins ago
How to Install Ubuntu on VMware Workstation
1 hour ago
The Difference Between Plant Food and Fertilizer
1 hour ago