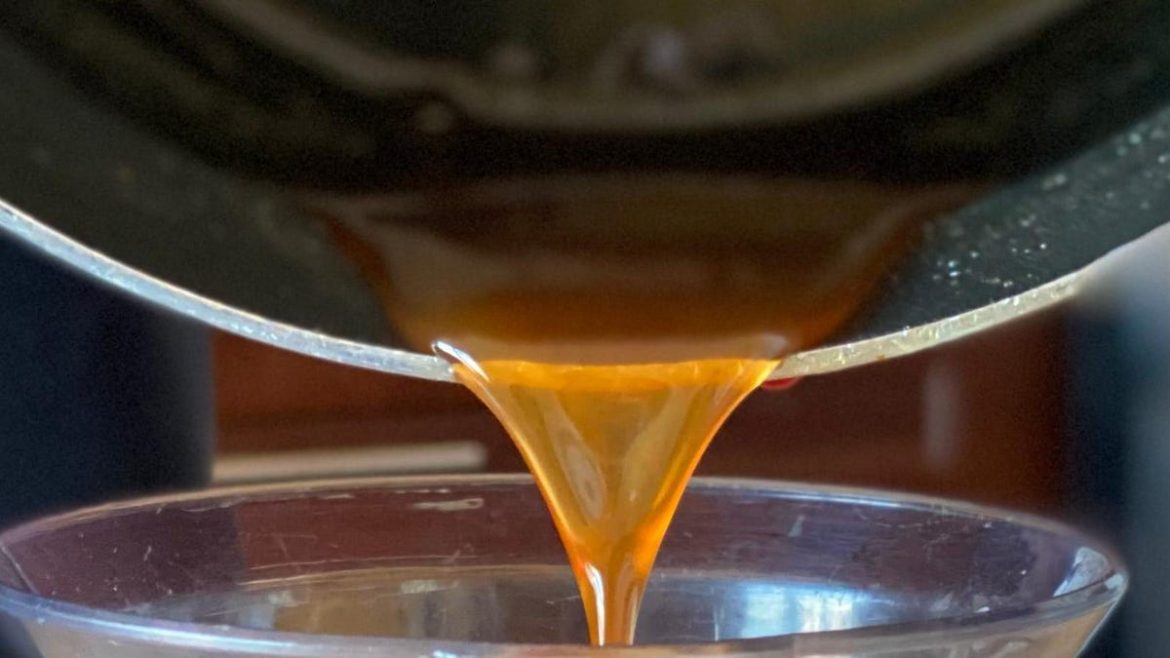 Apple cider syrup is the dirty martini of pancake syrups. Pure maple syrup may be the delicate, classic choice, but there’s a certain kind of wayward satisfaction when you make a syrup out of something intended for drinking. This technique is dead simple, cheaper than real maple syrup, and gives you the concentrated snap of tart and sweet mulled apples.

The first time I made apple cider syrup was on a hunch, during a pancake craving. Luckily, it paid off. To make your own batch, dump about seven cups of average apple cider into a large, wide pot and cook it down into a syrup. I usually buy the cheap store brand cider; no need to use anything super fancy, unless you really want to. By the end of the cook time, you’ll have a ton of distilled apple flavor even if you use the budget brand.

Cover the pot with a lid and bring it to a rapid boil. The lid is just to speed up the process in the beginning, so once the cider starts to boil, take off the lid. Boil the liquid for about 40 minutes to one hour, stirring occasionally. When the mixture has a thick mass of bubbles that don’t seem to deflate when you stir, it’s probably ready. Turn off the heat and test the consistency with a spoon. It will pour like maple syrup—not thick, but slightly viscous. The syrup will continue to thicken slightly after it cools. Seven cups of apple cider will give you eight to ten ounces of apple cider syrup.

Reducing liquids is generally a hands-off activity; you just have to keep an eye out. Aside from the occasional stir, you can set a timer and focus your attention on other tasks. I like to set my apple cider to boil, mix the pancake batter, and get to fryin’ those babies. Once I’m finished cooking pancakes, the syrup is right on time. Many apple ciders, if not most, have sediment in them, and you’ll see it boil up while it’s cooking. I like the murkiness, so I keep all the bits in there, but if you’re upset by it, pour the apple cider through a few layers of cheesecloth before boiling.

You can stir a pinch of ground cinnamon into your syrup after it’s finished boiling, or keep it simple and enjoy the brightness of this sweet-tart apple syrup. Any leftovers will keep in a covered container for at least a week, but I suspect probably longer. Most syrups last quite some time in the fridge, but 10 ounces is such a manageable amount for two people that it’s normally finished that day.

How to Share Google Drive Files With Non-Gmail Accounts

Who Is Dina Boluarte, the New President of Peru?
6 mins ago
How to Squirrel Away More Money
41 mins ago
Get Your Groove On With These 10 Fun Online Dance...
50 mins ago