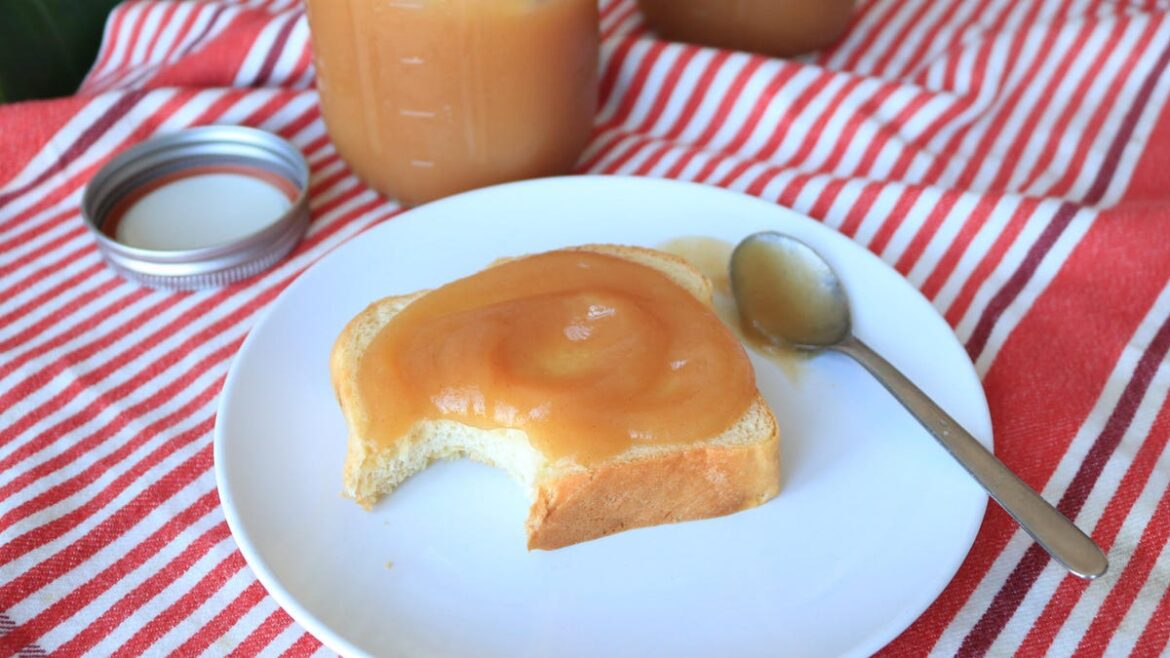 Picture perfect apples are tumbling into grocery stores with no sign of stopping, and will continue to do so for the next month or so. Make the most of this bounty by cooking up one of the more concentrated iterations of apple—apple butter, with a twist. It’s always been a dippable, spreadable, velvety smooth fall favorite, but we’re enhancing it even further with a dash of honey, just in time to welcome in a sweet new year for Rosh Hashanah.

It’s silly that more apple butter recipes aren’t incorporating honey already. Apples and honey were basically made for each other—apple blossom-loving bees already know this—and this recipe invites the two of them to live in harmony on your toast. Since this recipe is rather like an elevated apple puree, breaking down a bushel of apples into a relatively small amount of dip, it’s the perfect recipe to lean on when you can’t seem to get through all of those round boys you picked last weekend.

Other than a hearty supply of your favorite apples, to make apple butter you only need a sweetener and an acid. If you don’t add a little acid to your cooked apples, they’ll taste a little murky, similar to the mustiness of apple cider. That might sound tempting, but the fermented notes of apple cider aren’t as nice in apple butter, and the acid keeps the flavors bright after cooking. The sweetener balances out the acidic tang while ensuring your apple butter tastes lovely even if your apples vary in their natural sweetness.

You can flavor your butter how you like. Some recipes really lean into the cinnamon-spice component, others with vanilla. I wanted to ensure the honey flavor didn’t get overpowered, so I only used a small amount of cinnamon to bring in some warmth.

To make this simple apple butter, start by peeling your apples, coring them, and cutting them into half-inch slices. The shapes don’t matter as long as they’re close to the same size—you want them to cook at the same rate, but in the end they will fall apart and get blended, so there’s no need to be perfect with the slicing. Add the apple slices to a large pot with the liquids and salt and cook over medium-low heat for about 30 minutes. Partially cover with a lid, checking and stirring occasionally. You’ll notice the apples will release their own juices during this time, and it may seem like there is too much liquid in the mix. Don’t worry, almost all of it will evaporate over the course of cooking.

Once the apples are basically applesauce and the liquids have mostly evaporated, break up any big chunks with your spatula and take it off the heat. Use an immersion blender to completely puree the apples in the pot. If you don’t have an immersion blender, you can use a regular blender, or any sort of food processor. Return the puree to the pot (if it left), and stir constantly over medium low heat for another 10 or 15 minutes.

During this time, the mixture will bubble and splatter hot apple lava everywhere if you stop stirring. It will be very hot, so please keep stirring to avoid bubbles and splashes. You can stir lazily, but don’t walk away from it or you’ll have a mess. More of the water will evaporate during this time, and after about 10 minutes, you can take it off the heat. Add the honey, sugar, and cinnamon, and stir until completely combined. Allow the hot apple mixture to cool, partially covered, on the counter for about an hour before moving it to containers to chill in the fridge.

Like honey made from different types of blossoms, the type of apple you use doesn’t matter, you just end up with that sort of apple butter. Fuji apple butter, Honeycrisp apple butter, Gala, Grannysmith, the variations are part of the fun of apple season. Use this sweet, velvety spread as a dip for more apple slices, spoon it onto ice cream, swirl it into oatmeal, or spread it on fluffy slices of challah.

Add the apples to a large pot with the water, salt, lemon juice, and vinegar. Stir over medium-low heat for 30 to 35 minutes, or until the apples have broken down, and most of the liquid has evaporated.

Blend the apples with an immersion blender, or in any sort of food processor, until velvety smooth.

Return to medium-low heat and stir slowly, but constantly, for another 15 minutes until slightly thickened. Take the apple butter off the heat and stir in the sugar, cinnamon and honey until completely combined. Taste. You can adjust the flavor here by adding a squeeze more lemon juice or a touch more honey. Let cool for an hour on the counter before storing in the fridge. Keep in mind the honey apple butter will thicken slightly after chilling.

This recipe makes six cups of apple butter. Store in jars, give as gifts, or keep it in the fridge for your personal stash. Other blogs and websites claim homemade apple butter will keep for 1-3 months but I’ve never had any remaining for that long. I recommend using it within two or three weeks. 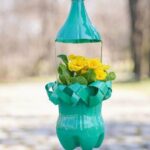 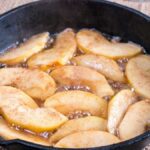 6 Silent Fanless Mini PCs That Will Save You Money
20 seconds ago
That Text From the ‘IRS’ Is a Scam
41 mins ago
Heathrow and Schiphol: An inside look at the impact of...
51 mins ago