Microsoft Ads Are Creeping Into the Windows 11 Start Menu 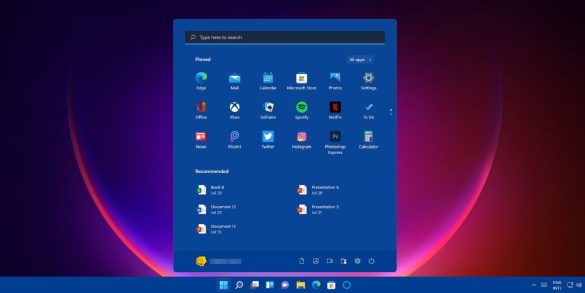 The software giant is experimenting with slipping adverts for its services into the Windows 11 sign-in menu… and people aren’t happy.

Microsoft seems adamant that it will get ads on your system, no matter what. Now, the company has been caught adding ads to the sign-in menu to prompt users to make a Microsoft account or to use OneDrive.

A New Prod From Microsoft

The news comes to us from Ars Technica, which in turn saw the news break on Twitter. User @thebookisclosed spotted a new entry in the Windows 11 sign-in menu, prompting them to make a Microsoft account or to use OneDrive.

Replies ranged from disgust at the new ads to users stating that it’s something that can be turned off, so there’s nothing to worry about. However, of note is a reply from Brandon LeBlanc, the Senior Program Manager for Windows Insider.

LeBlanc stated that this was to be expected, as the team had informed users of this change in the patch notes. However, others were quick to point out that these little adverts use the attention-grabbing “notification dot” usually reserved for important system-related actions, like updates. This makes the ads a little more intrusive than some would like.

The Big Revenue Problem for Microsoft

Microsoft is having a bit of a monetization problem right now. With the slow adoption of Windows 11, plus the free upgrade the software giant gave to users on older Windows versions, it’s likely that Microsoft’s latest operating system isn’t bringing in nearly as much money as it hoped.

So, how does Microsoft squeeze more money from its current Windows 11 users? The company has tried to monetize Windows 11’s apps in the past, the most recent example being when Microsoft introduced Clipchamp, a video editor that comes pre-installed with Windows 11. Using it was free, but if you wanted to render videos higher than 480p, you had to pay up.

Unfortunately, the user response was negative toward this plan. As a result, Microsoft changed Clipchamp’s pricing tiers so that users could render in 1080p for free. It was great news for its users, but it means that Clipchamp was not the money-making machine Microsoft was banking on.

As a result, Microsoft is stuck with a user base that doesn’t like being forced to use a specific app and doesn’t like to pay for pre-installed software. As such, it’s now turning to advertise within Windows, a tactic we saw back when Microsoft added ads to File Explorer.

With so much hatred towards these ads, it likely won’t be long until users figure out how to turn them off, or disable the feature altogether. And so, Microsoft’s attempts to try to profit with Windows 11 will continue.

With Microsoft experimenting with Windows 11’s new sign-in menu ads, it’s likely we’ll see more effort to monetize the operating system in the future. But with such strong resistance to the plan, can Microsoft make Windows 11 a profitable venture, or will people simply turn them off and ignore them?