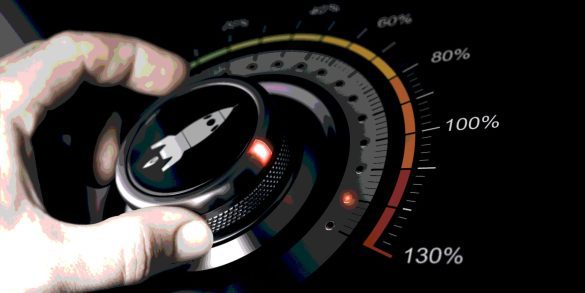 GPU overclocking is the process of boosting your graphics card performance using third-party software. You can push your GPU to deliver better performance, though there is a fine line between boosting performance and potentially damaging your hardware.

MSI Afterburner is one of the most popular GPU overclocking apps available. It’s very reliable and works with non-MSI graphics cards as well.

It’s a free piece of software with a range of features (mainly the GPU overclocking) and a custom fan profile for a perfect balance of performance and cooling. You’ll also get real-time reports of voltage, GPU usage, temperatures, and clock speeds, both on your screen and available through the integrated hardware monitor.

RivaTuner is another popular GPU overclocking app. You can use RivaTuner to tweak and manage your system’s RAM, fan speed, and performance, plus to overclock almost NVIDIA GPUs and a limited number of AMD graphics cards.

It may not be as visually appealing as MSI Afterburner or EVGA Precision, but it’s a very capable and powerful GPU overclocking software that you can rely on that includes options to adjust core voltage, power limits, clock speeds, and more.

NVIDIA Inspector, as the name suggests, is designed solely to overclock NVIDIA GPUs. With it, you can overclock your GPU and check your graphics card info, as it tells you most of the technical information you need to know about your GPU.

Its simple user interface allows you to overclock your NVIDIA GPU with ease. On the home panel, you’ll find information on your GPU. Selecting the Overclocking button at the bottom of the window reveals the NVIDIA Inspector overclocking options. From here, you’ll find presets for performance levels, target performance for fan speeds, GPU voltage, power, and temperature, allowing you to overclock your GPU with relative ease.

That said, it’s still largely easy to use, with various sliders to overclock your graphics card and memory, along with other advanced features, including voltage adjustment, performance graph curves, fan control, automatic tuning, custom profiles, and hotkeys.

Like MSI Afterburner, EVGA Precision X1 also features an OC Scanner that will attempt to find a fast yet stable GPU overclock, without you having to tinker too much.

Next on the GPU overclock list is ASUS GPU Tweak, which has a useful interface full of dials, tabs, and sliders.

Regarding GPU overclocking, you’ll find ASUS GPU Tweak a comprehensive tool. The tabs of the main page enable you to switch between the Default Mode, OC Mode, Silent Mode, and a personal User Mode. Each page has options to change voltages, set power targets, GPU frequency, fan controls, and much more.

The other feature that makes ASUS GPU Tweak is the Profile Connect, which enables you to set different overclock settings for specific apps. Build out a profile, then save it to load when you launch the specific application.

AMD’s Radeon Software Auto Overclock is a handy one-click GPU overclock tool designed specifically for AMD hardware. It comes with a range of preset overclock options for AMD Radeon 6000-Series GPUs and will receive an update to support AMD’s 7000-Series GPUs when they launch at the end of 2022.

Better still, Radeon Software Auto Overclock also includes some preset CPU overclock options, too, allowing you to boost performance on your AMD Ryzen CPU. The user interface is simple to use, and as AMD has opted for a one-click GPU overclock approach, it should make it a simple overclocking tool for most users.

Next up, we have ZOTAC Firestorm, an advanced one-click GPU overclocking tool primarily for Nvidia GPUs. It supports multiple graphics cards in SLI configuration, though with today’s beefy RTX 3000 and RTX 4000 Series GPUs, that’s not quite the draw it once was.

Still, the one-click GPU overclocking functionality is handy and makes ZOTAC Firestorm easy to use for almost everyone. You can also use ZOTAC Firestorm to adjust voltages, fan speed, clock speeds, and more, plus it also offers custom profiles, BIOS save, and hardware monitoring reports.

Next on our list of best GPU overclocking tools is SAPPHIRE TriXX. It is for AMD graphics cards, and the user interface is nice and friendly, allowing you to overclock your AMD GPUs easily.

You can overclock your memory, adjust the fan speed, and see info about your GPU along with overclocking your graphics card. Additionally, you also get the option to monitor your hardware and control the voltage for a more precise GPU overclock.

TriXX Boost is an integrated FPS boost that reduces rendering resolution, then upscales the output image on your screen. Sounds familiar? That’s because that’s how tools like NVIDIA’s Image Scaling work, boosting quality and resolution overall. Note this is not GPU overclocking, it’s just a handy extra tool.

It supports both NVIDIA and AMD GPUs, though support for both GPU manufacturers is limited. Plus, if you want to overclock a high-end GPU from Gigabyte’s AORUS lineup, you’ll need to download Gigabyte’s AORUS Graphics Engine Software, which comes with a different set of GPU overclocking options.

ThunderMaster is a feature-rich and powerful GPU overclocking software from Palit. You can use it to overclock your graphics card, clock speed, and adjust voltage settings and fan speed.

Additionally, it also shows you information about your graphics card and offers fan speed curves, custom profiles, and VBIOS loading.

Here are some frequently asked questions about GPU overclocking and their answers.

GPU overclocking can increase your operating temperatures, putting more stress on your GPU. But, if that sounds worrisome, the worst that will happen is a crash, freeze, or a blue or black screen, easily fixable with a simple computer restart.

This is usually a sign that you went overboard in overclocking your GPU, so pulling back the clock speed a notch should fix this up. Most modern GPUs will cut out before anything truly awful happens.

Please note that this is general advice and MakeUseOf is not responsible for any hardware damage that comes from overclocking. Always research your specific GPU specs and limits before overclocking.

Yes, GPU overclocking can give you a 10-15 percent gaming performance boost. But, it may not be stable at all times, and your GPU may throttle down because of the increased temperatures if you don’t have a good GPU cooling system in place.

Is Overclocking a GPU Difficult?

As with most things, it doesn’t have to be, so long as you take your time and watch or read some tutorials first. The following video is a handy guide on the basics of overclocking. Give it a watch, then consider the tools listed above.

These are some of the best GPU overclocking tools on the market right now, covering both NVIDIA and AMD graphics processing units. Most GPUs from the latest generations, the NVIDIA 3000-Series and AMD 6000-Series, don’t require overclocking. They’re already incredibly powerful bits of hardware. And as for NVIDIA’s RTX 4000-Series, well, there is no way you’d consider upping the ante with one of those.

As ever, proceed with caution, and good luck! 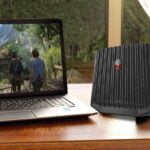 7 Things You Need to Know About External GPUs 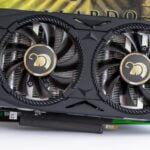 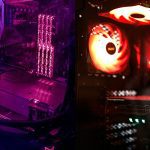 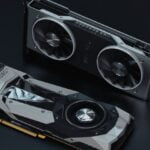 Update Your Graphics Driver Now
4 mins ago
Harry and Meghan’s Netflix series to be critical of royals,...
31 mins ago
Zelensky Says Price Cap Set on Russian Oil Is Too...
2 hours ago