The Biggest Crypto Fails of 2022 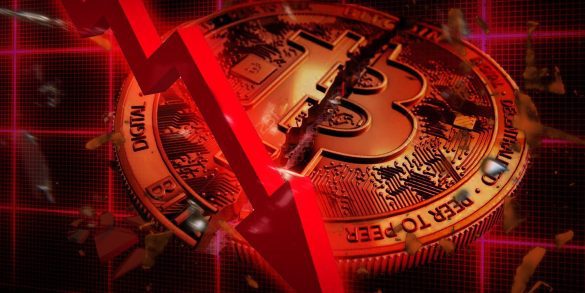 Things were looking pretty good for crypto around the end of 2021, but no one knew what 2022 had in store. Unfortunately, 2022 was a very tough year for the cryptocurrency market, with coins and platforms taking big hits from various factors. So, what were the biggest crypto fails of 2022?

The Terra Luna/TerraUSD (LUNA/UST) crash marks one of the biggest crypto events of 2022. Terra Luna, a typical crypto, and TerraUSD, a stablecoin, suffered catastrophic losses in value during this time. But what caused this disaster?

A number of elements came together to seal Terra Luna and TerraUSD’s fate. Firstly, you’ve got the nature of TerraUSD.

TerraUSD is an algorithmic stablecoin. Such assets are not backed by any physical commodity or fiat currency. Rather, they maintain their price using a computer algorithm, which also requires a price relationship with another coin. In this case, that other coin is Terra Luna.

Terra Luna and TerraUSD had a relationship in which one asset was minted or burned to maintain the price of the other. In other words, TerraUSD is essentially backed by Terra Luna. If TerraUST’s price fell below a dollar, LUNA would be burned. This means that a holding of LUNA would be sent to an inaccessible wallet so that it is effectively destroyed.

But if TerraUSD’s price was to rise above one dollar, then a certain amount of UST would need to be burned. It’s this delicate balance that kept TerraUSD relatively stable.

But this algorithm broke down when people began dumping their UST en masse. So, why did this happen?

The Effects of Anchor Protocol

Many people bought TerraUSD so that they could deposit it in something known as Anchor protocol. Anchor allowed people to deposit TerraUSD for an incredible 20% return. As more individuals became aware of Anchor’s huge returns, demand for TerraUSD increased.

However, this was not to last. In 2022, Anchor switched to a variable return rate, which could go as low as 4%. This significant decrease caused many to pull their TerraUSD from Anchor and sell it off, as they no longer had a use for it.

At this point, more UST was being sold than bought, meaning the demand spiraled downward. The burn/mint relationship between LUNA and UST could not function normally amid this drop. No more LUNA could be burned to maintain UST’s peg, so both cryptocurrencies crashed.

Investors lost millions through this crash, with the Terraform Labs CEO, Do Kwon, being heavily criticized for designing such a fragile and unsustainable system. Terra Luna and TerraUST never recovered and were removed from most exchanges.

The May 2022 crypto market crash was devastating, and the market is still feeling the shock waves of this event. So, what gave way to this collapse?

The main cause of the May 2022 crypto crash was the U.S. Federal Reserve’s decision to increase interest rates. This made investors in the traditional and crypto markets nervous and led to a mass sell-off of crypto assets. As the demand for crypto decreased, its value decreased with it. The crash of Terra Luna and TerraUSD also played into the lacking confidence in cryptocurrencies. As a result, almost every asset in the industry suffered.

Bitcoin, for example, lost over $10,000 in value in the space of just a week, while Ethereum fell by almost $1,000 in eight days. Many other assets, including Dogecoin, XRP, Litecoin, ZCash, and Cardano, also took a sizable hit.

The crypto industry was already suffering before the May 2022 crash. In fact, another crash was suffered in late January of the same year. So things were already fragile, with the May 2022 crash exacerbating the market’s downfall.

FTX once stood as one of the world’s most popular cryptocurrency exchanges, worth over $30 billion. But that all changed in late 2022.

Based in the Bahamas and run by Sam Bankman-Fried, FTX allowed users to trade a wide range of cryptocurrencies and fiat currencies. Bankman-Fried launched FTX along with Gary Wang in 2019 as a centralized exchange (meaning decision-making was left to a small group of individuals). FTX uses FTT tokens to pay for things like transaction fees, which will be important a little later.

Binance’s Changpeng Zhao also bought a 20% stake in FTX for $100 million. So, it’s safe to say things were looking up for this platform.

But this was not to last. In 2021, Zhao sold his stake back to Bankman-Fried, and it was then discovered that Bankman-Fried’s hedge fund, Alamada Research, held a suspiciously large holding of FTT tokens. Moreover, it turned out that Bankman-Fried (in part) launched FTX because of his need for liquidity for his hedge fund.

After this was discovered, Binance sold its holdings of FTT tokens, which caused many others to follow suit. The company also pulled out of a deal in which it was set to acquire FTX.

Then, a surge of customers began withdrawing their funds from FTX amid rumors of Bankman-Fried’s mismanagement of exchange funds. Bankman-Fried admitted that FTX did not have the funds to fulfill these withdrawal requests.

As a result, FTX filed for bankruptcy, sending ripples throughout the crypto industry and causing another mass drop in asset prices.

Celsius was a cryptocurrency lending platform that allowed users to lend assets while using other assets as collateral, such as Bitcoin. Many other platforms offer the same service, such as MakerDAO, so Celsius didn’t seem anything out of the ordinary. But behind this platform’s seemingly benign front was a far more concerning reality.

In June 2022, Celsius suddenly paused all withdrawals, meaning users couldn’t move their funds elsewhere. Then, the platform filed for bankruptcy after letting go of over 20% of its workforce. But what caused this sudden downfall?

In short, Celsius was dealing with major financial issues. Not only did the company not have the liquidity to fulfill withdrawal requests, but it was placing its customer’s deposits into high-risk investments. Many even described the platform as a Ponzi scheme with the way it mishandled user deposits.

The May 2022 crypto crash also accelerated the collapse of Celsius, as the platform could not maintain its fragile model amid plummeting asset prices and mass sell-offs. Celsius was forced to file for bankruptcy in mid-2022 amid a severe liquidity crisis caused by the factors discussed.

In 2021 and early 2022, NFTs were selling for tens of millions of dollars, with collections like World of Women and Bored Ape Yacht Club pulling in major money.

While the NFT market was performing pretty well at the start of 2022, things changed in the second half of the year. The trading volume of NFTs fell by an astonishing 97% between January and October 2022. But what led to this?

A key factor that led to the crash of the NFT market was a decline in investor interest. NFTs were once all the hype, but things change over time, with many questioning their function and financial sustainability. On top of this, the NFT industry is rife with scams, putting people off of investing to avoid falling victim to cybercriminals.

The NFT industry may one day fully recover, though for now, that seems unlikely.

2022 Has Been a Tumultuous Year for Crypto

Throughout 2022, we’ve seen various crypto projects and assets crash and burn due to market shock waves or lousy management. No one knows whether crypto will bounce back in 2023. All we know is that these crypto fails stand as representations of how fragile the market can be. 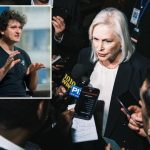 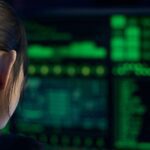 The 5 Biggest NFT Scams and How to Avoid Them 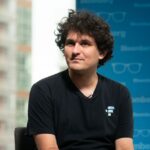 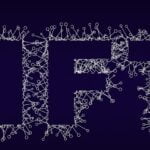