The Case for Making Smaller Pies This Thanksgiving 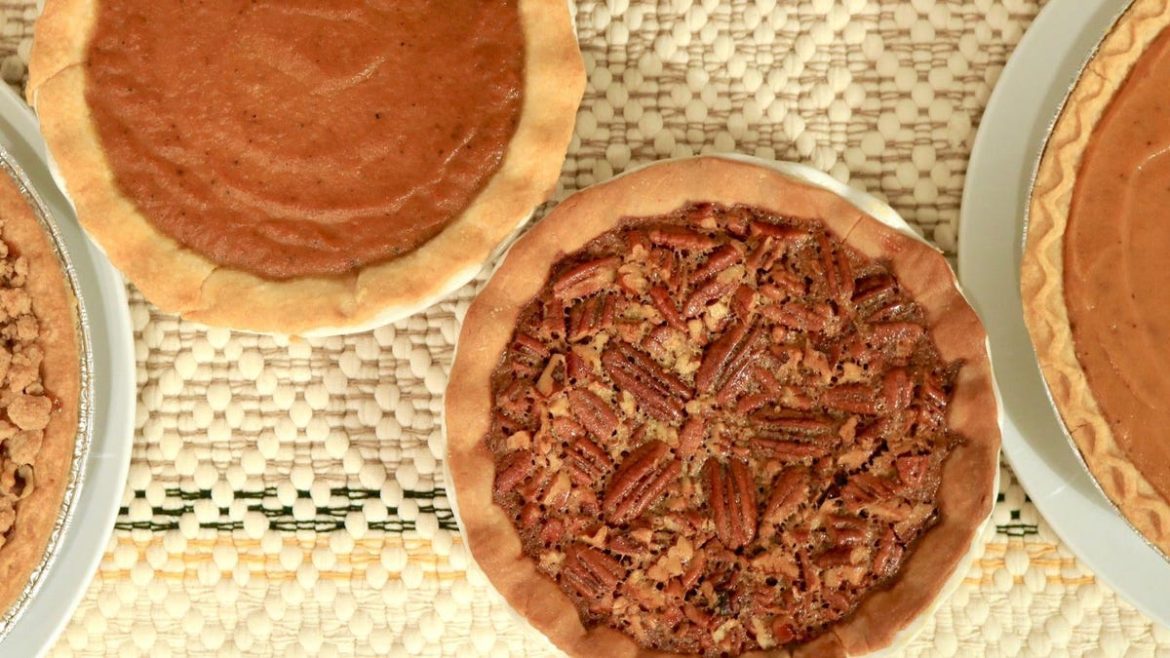 As a baker, Thanksgiving is an opportunity to experiment with all the pie ideas I’ve been wanting to try. Unfortunately, I always end up making far more pies than I need. I’m a big fan of variety, and I know that while some folks live for sweet potato, others need pecan, and it’s a crime if you don’t have apple or pumpkin on the table. One guest will always insist on bringing pie, and, mysteriously, a 12-inch cheesecake will show up. By the end of the night, you have eight different partially eaten pies. You’re in a pie pickle. If you don’t have the room to store them correctly, they end up going to waste. To avoid tossing pies after Thanksgiving, make smaller, 6-inch pies instead.

Initially, I too rebelled at the idea of making smaller pies. Thanksgiving dinner is a time to over-do it with a grand turkey, a wide variety of side dishes, and a lovely dessert spread, so why would minimize? But as much as I love seeing people enjoy food, I hate equally seeing it go uneaten. I knew something had to change, but I refused to give up on variety. So last year, I decided to compromise on size.

By dessert, most folks are so stuffed to the gills on turkey and mashed potatoes that even sweets-lovers are likely to take just a sliver of pie for dessert. I considered the historically most popular pie flavors among my guests. Those pies remained at the full 9-inch size. The other pies, which only appeal to two or three of my invitees, became petite pies. I should note that small pies are in no way the same thing as “mini” pies. Mini pies are the two-bite kind you make in cupcake pans. They’re adorable, but I hate to fuss with shaping them and often the filling becomes a mess. Small pies are the 5 1/2- or 6-inch kind you see in farmer’s markets, shrunken in stature but still packing a serious filling-to-crust ratio.

I ended up making two large pies and two smaller pies, and honestly, I could have made all four pies 6-inchers. I had leftovers of both large pies even after a few friends took some home. If they had been 6-inch, those dishes would have been clean. (On the bright side, I got to eat pie in my sweatpants on Saturday.)

I always make too much food (and I always will), but shrinking the size of the dessert course is a tactic I see myself continuing to lean into. I purchased 5 1/2-inch ceramic pie dishes at my local Shoprite, but you can find similar sizes at various stores in glass, ceramic, aluminum, or you can go with disposable foil.

Bruce Wayne-inspired
Pre-Workout gives enhanced energy and better recovery for your long workouts, with InnovaTea and Tibetan Cordyceps to fuel you.

How to adjust your recipes for smaller pies

With smaller pie dishes, it’s likely your favorite pie crust and filling recipes will stretch even farther. During the most hectic meal of the year, this means less work, and fewer ingredients needed on your end. I was able to line two small pie dishes with the amount of dough normally reserved for one 9-inch pie plate. I know the math seems weird, but almost every recipe out there is made with intended extra stuff. I always end up with loads of pie crust scraps and upwards of half cup extra pumpkin pie filling. By making smaller pies, I had the perfect amount.

If you intend to make four small pies, make one double-crust recipe and you’ll have enough to make four shells. If you’re making pies with tops, adjust your recipe from there. Since most recipes almost always have extra filling for a full pie, adjusting for the right amount of filling needed in a 5- or 6-inch pie is as easy as cutting the original recipe in half. If you’re worried about the recipe coming up short, measure the volume of your pie dish by filling it with water, and pour the water into a measuring cup. Whatever the result, you’ll want to subtract about ¼ cup to a ½ cup to account for the thickness of your crust. That is approximately the amount of filling you’ll need. Add up the volume of ingredients in the recipe the best you can, and see if half of the filling meets your needs. My pumpkin pie recipe worked out as a simple halved recipe; I boosted my pecan pie with a few extra nuts. When baking, check on your pies about 10 or 15 minutes sooner than the full-size bake time.

Small pies still deliver a good ratio of filling to crust with fewer ingredients and a slightly faster cook time. Whether it’s a small guest list or a huge family Thanksgiving, if you notice you end up trashing leftover pie every year, try small pies to hang onto variety but reduce the waste at the end of the evening. 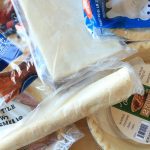 These Are the Best Store-Bought Pie Crusts 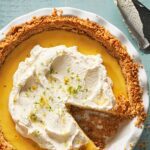 How to Claim Your Google Stadia Refund
15 mins ago
Dad of slain Idaho student Kaylee Goncalves says daughter or...
27 mins ago
War and Sanctions Threaten to Thrust Russia’s Economy Back in...
1 hour ago