Home Craft These Are the Best Store-Bought Pie Crusts
Craft

These Are the Best Store-Bought Pie Crusts 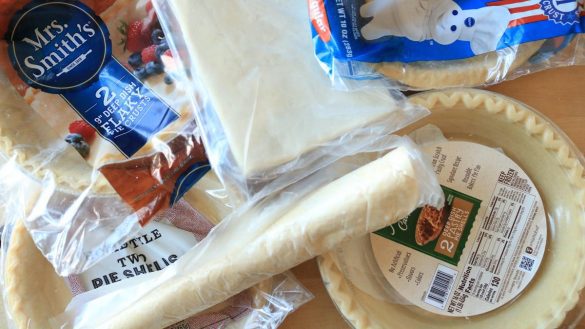 Dessert is always last—in eating order, but also on the priority prep list. Preparing the Thanksgiving turkey and a diverse list of sides is enough to pull the cook’s focus away from the pies on the menu. Enter: the store-bought pie crust, the fast and easy way to save yourself from the teeth-clenching stress of building a flaky dough that will still let you put your personal spin on dessert by making a homemade filling.

There are numerous brands providing you with freezer pie crusts. They’re not all good. Instead of leaving you to gamble on which crust to bring home, I tried seven supermarket purchased brands, and narrowed it down to the top three actually worth buying.

For this side-by-side pie crust testing, I wanted to see which crust tasted and looked the best, but also which provided a great vehicle for filling. After all, a crust is meant to be on the outside of something. In order to do that, I baked sample sections of the dough alone on a baking sheet, and also made seven miniature pumpkin pies so I could see how each crust performed its duty. I chose pumpkin filling because I wanted to put the pie crusts under the most difficult baking conditions and see which could handle it, and pumpkin pie has one of the wettest fillings, which means the possibility for a gummy crust is higher, and if any cracking and leakage were to occur, I would easily spot it.

I also baked all of the crusts from cold, raw dough—no blind baking. In a perfect world, I know all of you would be diligently blind baking your custard-based pie crusts, but I have a sneaking suspicion that a ton of folks are out there pouring wet filling into raw dough. No problem, I found the best crust for your secret pie-baking shame.

To keep the experience authentic, I went to large, chain supermarkets near me—Shoprite, Whole Foods, and Trader Joe’s—and chose whatever they had in stock at the moment. No orders were placed online, and I went to all three stores in one outing, as if I had to bake that day or the next. I recognize that all of these grocery stores cater to their local community, so yours might have a slightly different selection than mine. Even still, I tried to grab brands that were either recognizable nationwide names, or store brands—with two exceptions: I also wanted to test a gluten-free pie crust, and a plant-based one. Neither of those types of dough should be left out of the analysis because, hey, they could be great. Gluten-free means potentially flakier, more tender crust, and if that’s an option, I want to know about it.

The results were varied, my spirits were lifted, and some of my hopes were dashed. I had high hopes for the gluten-free and plant-based options, but Geefree had an off flavor, and Dufour was too oily and had no flavor at all. With the disappointment out of the way, the top three frozen pie crusts are as follows:

In third place: the Pillsbury pie shell. Good marks on flavor, with a slight saltiness that didn’t overpower the filling. Not doughy after cooking, decent browning, but a little tough, and not flaky.

In second place: Trader Joe’s boxed pie crust. Mild flavor that does not overpower the filling, excellent browning even without blind-baking, and a tender, melt-in-your-mouth texture. The only trouble with this dough is that it is not formed into a shell already, which I normally like because then you can fit it to different size pie dishes—but in this case, it cracked when I unrolled it even though it was thoroughly thawed. I would recommend leaving it at room temperature until it is very soft before unrolling.

Finally, winning the gold medal: Mrs. Smith’s pie shell. Wonderfully balanced flavor with both sweet and salty notes, but not overpowering, it complemented the flavor of the filling well. The browning was lovely, even without blind baking, and there were no soggy spots. The texture was tender and flaky, but held the filling without cracking. This pastry also comes pre-molded into a deep dish pie shell so you don’t have to bother with rolling or fitting it into one at home.

Boston Baking gets an honorable mention because I did snack on the entire plain sample I baked. It is very sweet and cookie-like, similar to a sucrée crust; however, the finished product with filling was quite doughy, and didn’t take on much color. This dough would absolutely need to be blind-baked, and is not ideal for savory applications.

Although I believe you can make a great pie crust at home, you don’t have to force yourself to be a pie maven (though here is some help if you want to learn how to roll out pie dough and learn a lattice in these next couple weeks). Sometimes the best pie crust is the one that you can acquire in the mad rush of the moment. If you see one of my top three crusts at the store, can grab it and toss it in the freezer with the confidence that dessert won’t be a disaster. 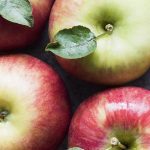 The U.S. and Europe seek to assure Ukraine of support.

The Kremlin’s defiance adds to questions over whether the price...
11 mins ago
How to Use the Game Captures App on Your Xbox...
52 mins ago
Iran shutters state ‘morality police’ as protests continue after Mahsa...
1 hour ago