The glory of taking down a whole squad of heavily armed enemy soldiers while running from grenade explosions and taking cover from snipers…is even better when it’s free. Right now, there are two FPS war games you can download and play right now, for free, on your PC: Wolfenstein: Enemy Territory and Rising Storm 2: Vietnam. But the freebies aren’t going to last for long.

Wolfenstein: Enemy Territory is the fifth game in the Wolfenstein line of games. It is a WW2 shooter game with multiple maps, unique objectives, and and a variety of weapons and gadgets to choose from. The game hosts a maximum of 32 players at once, and you can choose to play as an engineer, medic, soldier, field ops, or covert ops.

It was originally released in 2003, but after 19 years of fans keeping the game alive with video game modifications to allow multiplayer games and custom maps, the official game developers, Splash Damage and Bethesda Softworks, have released official servers in the U.S., Europe, Australia, and the UK to play the original game online with a multiplayer option. The game can be downloaded through Steam here. 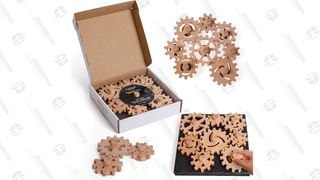 Here’s another action-packed multiplayer FPS game, but this time you can choose up to six different armies fighting in Vietnam. This game is only available for free until 11 a.m. ET on Nov. 10 through the Epic Games Store.

Rising Storm 2: Vietnam can be played up to a 64 multiplayer match in more than 20 unique maps, with over 50 weapons and four helicopters to choose from. You will have to navigate through enemy mines, traps, and tunnels to make sure you and your team come out alive. Originally released in 2017 for the PC, the game aims to be as authentic as possible.

Both games are only available for Windows.