Home Craft What Are AMD’s Ryzen 7000 Series Chips? When Can You Buy Them?
Craft 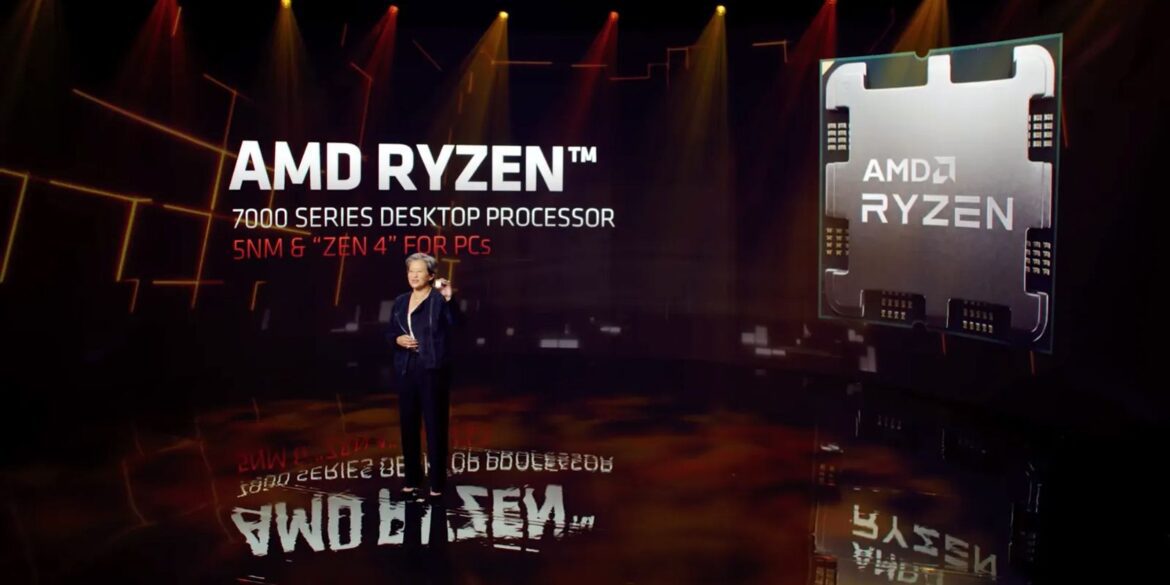 On August 29, 2022, AMD’s Chair and CEO, Dr. Lisa Su, finally announced the release of the much anticipated Ryzen 7000 Series desktop processors. These chips were first revealed in January 2022 at CES and are based on the 5nm Zen 4 architecture.

Now that it’s here, what exactly do you get with the Ryzen 7000 Series, and when can you buy them?

That smaller nm means AMD can create faster CPUs while improving its power efficiency. With that, the Ryzen 7000 offers better performance without requiring more robust cooling solutions. This is probably why the AM5 socket is designed to accommodate coolers from the previous AM4 generation.

You could also check out our feature if you want to learn more about what nm means for processors.

Although AMD releases many Ryzen chips annually per generation, they’re initially launching four processors for the Ryzen 7000. These are your options if you plan to upgrade as soon as it becomes available.

These four chips cover a wide range of the market—from the mainstream Ryzen 5 to the professional-grade Ryzen 9 chips.

According to AMD’s presentation, the Ryzen 9 7950X performs 15% better on average in 1080p gaming while offering 40% better performance for creators when compared to the previous generation Ryzen 9 5950X. These improvements are delivered by the increased single-threaded performance, Zen4 core, and AM5 platform.

After comparing the Ryzen 9 7950X with the 5950X, Dr. Su went on to display the performance numbers of the former beside Intel’s current top chip, the i9-12900K.

In gaming, the 7950X performs 23% better in DOTA 2 and 14% better in Shadow of the Tomb Raider. However, it tied with the 12900K in Borderlands 3 and was edged out by 1% in GTA V. But if you look at the processor’s performance in rendering images, this is where the latest Ryzen 9 chip demolishes Intel’s i9-12900K.

The AMD presentation showed the 7950X consistently performing better in various benchmarks. It achieved a 62% better result in V-Ray Render and a 36% advantage in Blender Render. It also scored 41% better in both Cinebench R23 nT and POV-Ray. They even showed a side-by-side time-lapse screen capture of the V-Ray benchmark, with the 12900K getting 18,646 and the 7950X beating it with 30,210 points.

However, we should take all these results with a grain of salt. After all, these tests were done by AMD, so they would probably only show tests that will give them an advantage. Furthermore, they didn’t disclose the specifications of their test bench, nor did they provide actual FPS numbers or render times. As such, it’s still best to wait for results from trusted third-party reviewers.

When Intel launched the 12th-generation Alder Lake processors, it finally put the company back on track to compete against AMD’s powerful Ryzen offerings. But less than a year later, AMD is aiming to outperform Intel again with the Ryzen 7000 chips.

After all the announcements and proclamations AMD made during its “together we advance_PCs” presentation, we are excited to put them to the test and see how the new Ryzen 7000 chips compare to Intel’s processors in the real world. 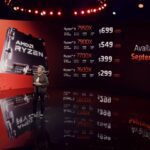 What It Means for You 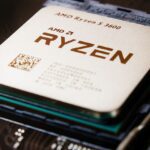 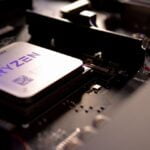 AMD Ryzen U vs H vs HS vs HX Laptop CPUs: What’s the Difference? 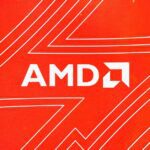 How to Watch NASA Crash a Spaceship Into an Asteroid