Home » What Is the Fastest Browser to Use on a Mac?
Craft

What Is the Fastest Browser to Use on a Mac?

Your Mac comes pre-installed with Safari, and although it’s the preferred browser among Apple users, is it really the fastest browser you can use on your Mac? How do third-party browsers stack up in terms of browsing speed?

Here, we compare the top three web browsers for macOS (Safari, Google Chrome, and Firefox) to help you decide which will give you the best, smoothest browsing experience.

As our testing was quite extensive, here are the main results we’ve found:

This test was performed on a 14-inch M1 Max MacBook Pro with 32GB of RAM and a 24-core GPU. For more realism with typical use cases, our installation of Google Chrome had around ten extensions installed, Safari had around three, and Firefox had none.

The following tests measure Browser Performance, which indicates the speed and stability of the browser. Next is System Resource Usage, which indicates how much (or how little) each browser taxed the system. And last, we have Non-Performance Considerations for Speed, which include factors such as extension availability and convenience of ecosystem.

We will evaluate browser-specific performance notes, such as loading speed, multitasking, and stability, as well as an objective speed benchmark using the Speedometer on browserbench.org—on Speedometer, higher is better. Do note that most users will not be able to tell the difference in the webpage loading screen, and those who can likely have their internet connection as their bottleneck.

Safari does not load tabs until you use them to preserve battery and system resources, so compared to other options, Safari is slower for starting a browsing session. That said, Safari is pretty stable and can consistently handle numerous open tabs across multiple windows without crashing. For best performance, open all your tabs as soon as you open Safari for minimal waiting while browsing or working, but otherwise, it is ideal for single-tasking or with a lower quantity of tabs open simultaneously.

Safari also has performance gains from some security and convenience features like Privacy Report and cross-site tracking prevention that block websites from collecting your personal data. These trackers can otherwise reduce the performance on many websites. Similarly, Safari’s Reader Mode allows for much faster loading on articles with removed ads and links.

However, it does have a few performance issues. For example, occasionally, when opening a new tab, it cancels progress on loading that tab and reverts to the page you were previously on. This is incredibly annoying, especially if you typed in a long search query and need to type it in again, but it’s infrequent enough to overlook.

For comparison, Safari’s Speedometer score in our test was 241.

Google Chrome is fast. It is by far the fastest browser for multitasking across numerous tabs, thanks to keeping them loaded at all times. However, this comes at the price of high resource usage, which at a high enough load alongside running other programs can cause crashes of both the browser and even your entire system. That said, if you maintain a reasonable amount of tabs, you’ll have an incredibly snappy browsing experience.

For comparison, Chrome’s Speedometer score in our test was 275—the highest.

Firefox: Comparable to Safari, Yet Better

That said, Chrome is still faster for bouncing around on multiple tabs, and oddly enough, Firefox was faster at loading pages than Safari for a tab-heavy browsing session.

For comparison, Firefox’s Speedometer score in our test was 237—the lowest but still extremely close to Safari’s.

As Apple silicon Macs have overkill processors for most web browsing, we’ll check how much RAM each browser uses in two scenarios.

First, we’ll check with one Google Sheets tab open and nothing else. Next, we have ten YouTube tabs playing videos simultaneously, with repetitious cycling through each window to ensure each video is playing.

We calculated the following data by subtracting a control measurement in Activity Monitor with no browsers open from the measured RAM usage in each scenario.

With one tab open, Safari used 2.92 GB of RAM. And with 10 YouTube videos simultaneously playing, Safari used 10.14 GB of RAM, which isn’t good news for the base M1/M2 Macs with 8GB of unified memory.

With one tab open, Chrome used 4.22 GB of RAM. This can likely be attributed to extensions causing a more resource-intensive baseline, but Chrome is notoriously a resource hog in general.

With one tab open, Firefox used 2.13 GB of RAM. This can likely be attributed to a lack of extensions or plugins in the relatively clean installation used for testing. Notably, your results will be very similar even if you install a few extensions.

Next, we’ll look at how these browsers integrate with their respective ecosystems. As you may know already, Safari works seamlessly in the Apple ecosystem, whereas Chrome has Google integration. Firefox, though, is a different story.

By default, Safari deeply integrates itself with the Apple ecosystem. Saved passwords on iCloud Keychain, Apple Pay cards, and any links you’ve received over Messages are all readily available.

Furthermore, for security, if your MacBook supports Touch ID, you can use this feature for an added layer of protection when accessing sensitive information like passwords or Apple Pay, just as iPhones can use Face ID in the same way.

Moreover, the Safari Tab Groups you use will be accessible across all your Apple devices, letting you seamlessly transfer your browsing sessions from your Mac to your iPhone.

Google’s ecosystem is ubiquitous with web browsing—nearly everyone has a Google account, which Chrome makes the absolute most of. Chrome saves your browser preferences, such as bookmarks, passwords, and installed extensions on your Google account, making it remarkably easy to set up on additional devices.

However, Chrome lacks any integration with Apple’s features, such as Apple Pay or Keychain. While inconvenient, Chrome has similar payment information and password management features, though you may still prefer Apple’s ecosystem in this case.

For the most part, Firefox lacks integrations with other ecosystems. It requires a Firefox account, for which you’ll need an email address. And for most users, that address will be a Google one. You can use this account on multiple devices to save bookmarks and extensions, similar to Chrome and Safari.

Firefox also has tools for saving passwords and payment information, similar to Chrome and Safari. However, creating another account in yet another ecosystem to properly utilize the browser doesn’t sound tempting to most people.

Customization can make or break your workflow. Many users’ web browsing experience comes down to a highly customized selection of extensions that suit their browsing needs, though excess extension usage can reduce performance. As such, it’s impossible to talk about the fastest browser without considering these factors.

Despite a surprisingly robust selection of plugins, Safari is nowhere near the likes of Chrome and Firefox when it comes to browser add-ons. You’ll find essentials like ad blockers, the Google Drive launcher, and Honey, but if you want anything more advanced, you’ll have trouble finding niche utilities abundant in Chrome and Firefox.

As Google Chrome is the most commonly used browser worldwide, it has the most impressive web store of add-ons and plugins. Chrome takes the cake by far, boasting well over 150,000 extensions in its library. As long as you don’t install too many add-ons, Chrome provides the best experience for power users.

While Chrome is the king of extensions, Firefox is no slouch, either. As Firefox is open-source software, it has an active community of developers making numerous useful extensions. So, if one of your favorite extensions is on Chrome, chances are, you’ll also find it on Firefox, making it almost equitable with Chrome’s extension crown.

Which Browser Is the Best for Your Mac?

Of course, there are several other web browsers to choose from, but these are the most popular ones and, as a result, the browsers you’re most likely to use on your Mac.

Ultimately, if you want the sheer convenience and seamless integration with Apple’s handy features, Safari is a no-brainer, even though it’s not as fast as competing options. But if speed is all you care about, even if that’s at the cost of system resources, Google Chrome is the clear winner. 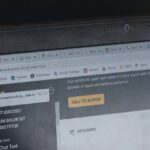 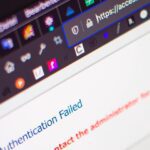 How to Close Tabs by Double-Clicking Them in Chrome, Firefox, Edge, and Vivaldi 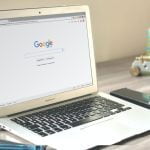 How And When To Report Pothos Plants

Barnard College Plans to Offer Abortion Pills on Campus
2 mins ago
Plants to Fuel Migrating Birds in the Southern Plains
4 mins ago
MEPs call for EU sanctions on Iran over repression of...
7 mins ago