What to Do When Your Plane Cabin Fills With Fog 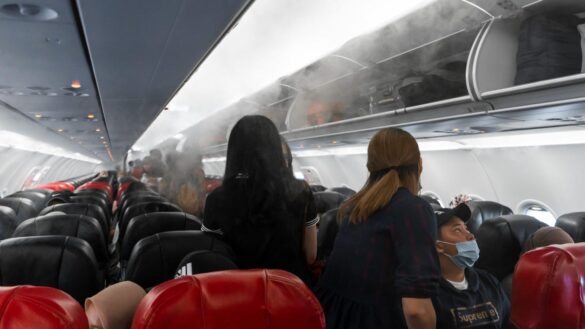 The fear of flying is real and debilitating for some people, even though millions of people ride around on big jets every year with no issue. We have tons of posts full of facts and tips designed to help people who stress about air travel (including advice straight from a pilot), but none of them include any advice about what to do if the interior of a plane gets steamy, cloudy, or misty. That’s right: A new flying-related anxiety trigger just dropped.

An instantly viral Reddit post recently showed a “foggy” airplane cabin. The poster was pretty nonchalant about it—”The plane I’m in is super foggy for some reason”—but some of the commenters were a little more alarmed, not least of all because this is so uncommon most of us have never considered it a possibility. Here’s what to do if this happens to you.

Why would an airplane cabin be foggy?

The good news here is there are reasonable explanations for a fog-filled plane. This sort of thing goes viral every few years because it’s more common than you think. An airline spokesperson told CNN in 2016 that a foggy cabin filmed by a passenger at the time was the result of humid outside temperatures interacting with the cooler air within the plane.

One travel blogger also recounted their first experience with the mist last year, noting that it has to do with “water vapor and dew points and condensation and other stuff that [they] memorized in high school.”

What you need to know is that this is just the result of air of different temperatures and levels of wetness meeting. It’s actually a good thing your plane is cool enough to cause that effect. Not only do you want a cool flight for your personal comfort, you want one for the well-being of all the parts that keep the plane working.

Dave Powell, a retired Boeing 777 captain who serves as dean of the College of Aviation at Western Michigan University, explained to The Points Guy that this happens “all the time” but is more likely to happen when you’re departing from a warm, humid climate, as arriving flights have been climate-controlled for hours by the time they get to wherever they’re going.

What to do in a foggy airplane cabin

You’re not in any danger from this misty, foggy nuisance, but it’s understandable if you feel nervous the first time you see it. The fact is, though, that fog comes out of air vents of all kinds, not just on airplanes, and according to manufacturing giant GE, it should clear up “in less than a minute or two.”

You’re totally fine to breathe it in, but if it’s really making you nervous, feel free to ask a flight attendant what’s going on. They’ve seen it all, truly, and will be able to assuage your fears. Even just looking at a flight attendant can help you out, since if they’re not bugging out, you shouldn’t be, either.

Focus on yourself and your anxiety—here is a simple breathing technique that can help you fight your flying fears. (Again, nothing will happen to you if you breathe in the mist.) The poster of the original Reddit thread said “the crew never mentioned the fog” at all, but they landed safe and sound, just like you will. 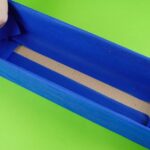 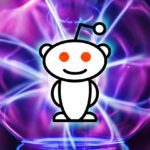 6 Tips to Improve the Speed of Your Powerline Network
11 mins ago
Iran Abolishes Morality Police After Months of Protests
34 mins ago
Tampa police chief placed on leave after flashing badge during...
2 hours ago