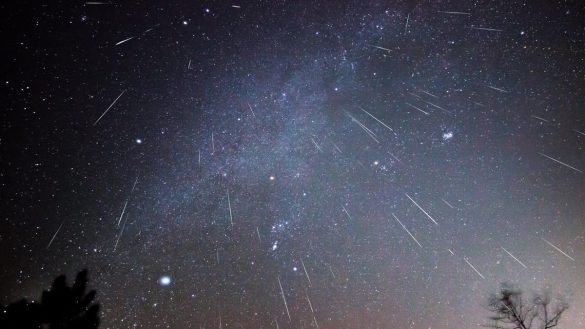 This Wednesday and Thursday, Dec. 14 and 15, marks the peak of the annual Geminid meteor shower, a highlight of the year for meteor fans. You should be able to spot many shooting stars for the low, low price of looking into the nighttime sky.

Geminid meteors come bright, frequent, and fast. If it weren’t for the interference of moonlight, you might be able to spot about 120 meteors per hour when the shower is at its peak, but the relatively bright moon this year will make some shooting stars invisible. It’s hard to predict exactly how shower-y the meteor shower will get, but you’ll probably spot a bunch if you’re patient.

Many Geminid meteors will appear to originate from the Gemini constellation, but they’ll be all over the sky, so your best bet is to go to as dark and open a spot as you can, look vaguely toward Gemini, and try to take in as much of the night sky as possible. Try to arrive early to give your eyes about 20 minutes to acclimate to the dark.

The shower’s radiant point is highest in the sky at around 2 a.m. in the Northern hemisphere, so that’s the optimal viewing hour, but it’s really academic—there will be plenty of shooting stars visible around midnight too.

You won’t need a telescope or binoculars to see them—both actually narrow your field of view—but it’s a good idea to bring a friend so you can each look at different parts of the sky and yell, “meteor!” whenever you see one. (As an added bonus, you can have a heart-to-heart talk about your dreams and ambitions.)

First recorded in 1833, the Geminid shower is an astronomical puzzle. Unlike most other meteors, Geminid’s shooting stars do not come from the tail of a comet. They come from an asteroid—3200 Phaethon, a ball of rock as opposed to one of ice. We’re still not sure how rock can be leaving behind a trail of particles that burn up in our atmosphere to produce meteors, but the leading theory involves sodium.

We know that Geminid meteors aren’t made of sodium because they burn white, and sodium meteors are orange. But scientists think sodium on the inside of the asteroid vaporizes when it gets close to the sun and heats up, then it “fizzes” to the surface, ejecting rocks and dust that eventually collide with our atmosphere and create the shooting stars we see from Earth.

We should know more about 3200 Phaethon in 2028, when Japanese spaceship DESTINY+ (that’s Demonstration and Experiment of Space Technology for Interplanetary Voyage with Phaethon Flyby and Dust Science) cruises by the asteroid. The mission plan is to map Phaeton’s surface using a telescopic camera and dust analyzer to understand its mechanisms of dust ejection. 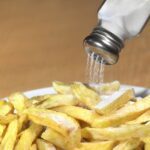 Ukraine says it struck a hotel where members of Russia’s Wagner security force had gathered.