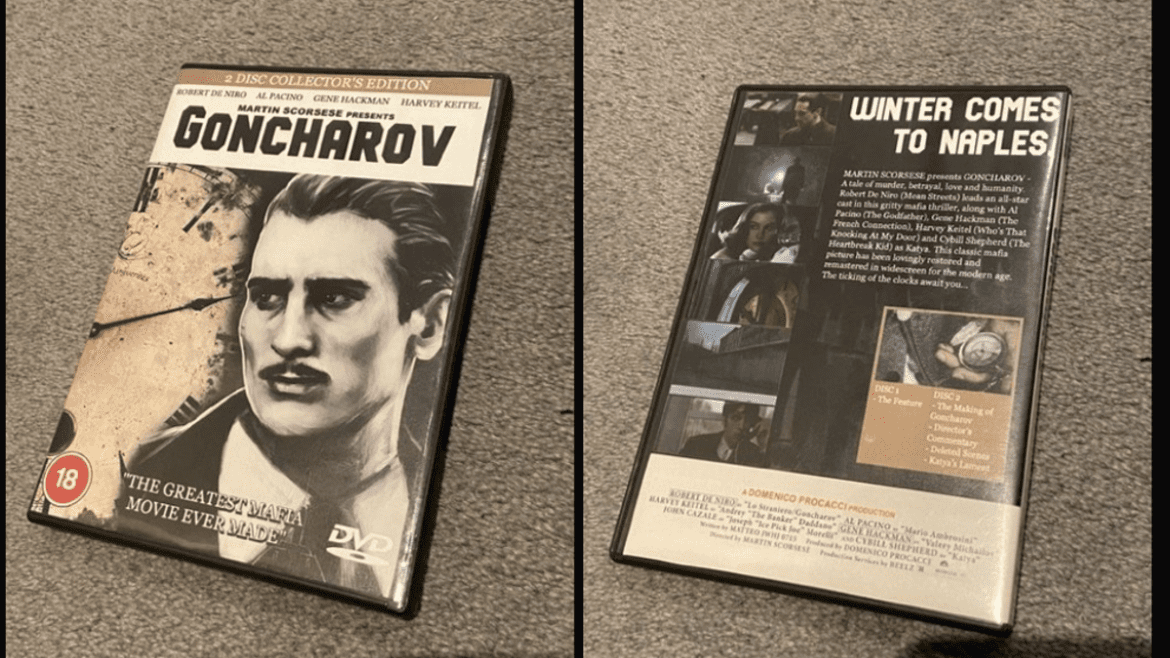 Goncharov is the best film you’ll never see. Billed as “The Greatest Mafia Movie Ever Made,” this Martin Scorsese-produced 1973 gangster epic stars Robert De Niro, Al Pacino, and Cybill Shepherd, and was directed by Matteo JWHJ 0715. Wait, who? Also: It isn’t real.

Over the last few days, the clever and creative oddballs who still use Tumblr crowd-sourced the creation of a fictional lost Scorsese film, down to stories of its troubled production and release, scene dissections, thematic discussions, Letterboxd reviews, a realistic-looking poster, and fan-art. And it’s all based on weird, random copy a Tumblr user found on the label on a pair of knockoff boots. Because of course it is.

What is Goncharov about?

In the alternative universe where Goncharov exists, it is widely regarded as one of the greatest films ever made, but even there, it was never officially released, and was thus ineligible for all the Academy, Palme d’Or, and Nobel Prizes it clearly deserved. (Perhaps it won top marks at the Listenbourg Film Festival?) Among its memorable characters are the titular Goncharov, a Russian gangster on the come-up in Naples; his beautiful and ambitious wife Katya; and violent psychopath/hitman Ice Pick Joe, whose penchant for killing with an icepick is clearly a psychosexual projection of the unspeakable trauma that befell him during his childhood in a Belarusian orphanage.

My favorite Goncharov development: After an eagle-eyed Tumblr-er spotted a pre-fame Lynda Carter in an extra role as “Dancer #2” in Goncharov, the actual Lynda Carter produced photos of herself and Henry Winkler attending the 1973 premier of the movie at Grauman’s Chinese Theater. This meme is Wonder Woman approved!

Where can you stream ‘Goncharov?’

You cannot stream Goncharov anywhere because it sadly doesn’t exist, but that doesn’t mean it can’t be your favorite movie. If you dig deeply into the film’s lore on Tumblr and toss out the takes you think are stupid (Ice Pick Joe is actually an alien? Seriously?), you can create the homoerotic ‘70s gangster movie of your dreams. But be aware: The accounts of on-set interactions between Cybil Shepherd and Scorsese are problematic as hell by today’s standards. Even in the anything-goes ‘70s, Scorsese requiring a PA to follow Shepherd around the set in an antique wheelchair was batshit, method-acting or not.

Why should you even care about this nonsense?

You should care about Goncharov because it’s a living, organic satire of film-criticism, and evidence that the “fun” internet of elaborate memes created by actual people who aren’t trying to sell you anything or push a hateful agenda still exists. The real internet has been right under your nose, on Tumblr, all along.

Twitter was always shitty, and now that its rapidly sliding down an even more horrific drain into a cesspit of Right Wing influencer and bot-farm hell, I’m taking a second-look at Tumblr. I may even try to dig up my old password and join the online party. Plus, it allows nudity again. As weird as it sounds, I’m calling it here: Tumblr is the wave of the future. 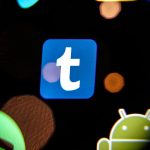 The Holidays Are Longer Now. Is That a Good Thing?

5 Server Locations You Must Avoid When Using a VPN