We’ve been hearing all about graphics cards being able to handle 8K resolution in 2022, but is playing at that resolution worth your money? Can you even tell the difference between 8K and 4K?

Here’s why you should probably reconsider playing at 8K as you might just be wasting money.

What Is 8K Resolution in Gaming?

16 1080p monitors at the standard 24-inch size in a grid would equal a 96-inch display (without the borders). The next step up from this would be 16K resolution, but right now, let’s stick to 8K.

What Benefits Does 8K Resolution Give?

Even if you can’t tell 8K from 4K, there are some undeniable benefits 8K has. Unfortunately, the list isn’t very long as having more pixels can only benefit you up to a certain point.

You Won’t Need Anti-Aliasing on 8K

With pixels so small, you won’t even notice the staircase effect on the edges of walls or round objects. Even 4K users don’t really use anti-aliasing as it only lowers the frame rate without contributing as much to the overall appearance of the game. However, anti-aliasing may still help with fine lines like faraway cables.

Why Gaming in 8K Isn’t Worth It

Pixel density? Price? Performance? Your questions about whether 8K resolution is worth spending on are answered here, and it’s not looking good for 8K. Funnily enough, 8K is making 4K look like an amazing deal.

Performance in 8K Resolution Is Terrible With No Perceptible Improvements

Even with the latest and greatest hardware, it can only realistically run games at 60-80 frames per second at 8K resolution. Sure, that frame rate is playable, but it’s the bare minimum for most PC gamers. Playing at 4K with the best hardware could give you a much more responsive and fluid experience while practically looking identical.

Don’t even think about competitive games. Even if the best hardware can run competitive games at high frame rates at 8K, it’s still impractical as the action would be too intense for you to focus on comparing the pixel sizes.

Besides, 8K monitors don’t even go up to 144Hz refresh rate yet. Even if they did, lower-resolution displays would have way higher refresh rates that playing on 8K would put you at a disadvantage.

On a 32-inch monitor, a single pixel on a 4K monitor is about 0.007 inches small. A 32-inch 8K monitor’s pixels are a quarter of that size. No human can reliably distinguish between 0.007in from 0.0035in with their eyes, much less so when you’re focused on the game and not on the pixels.

If you’re going to bring up large 8K TVs for gaming, it would still be futile. 8K TVs are usually above 70 inches in size. You’d have to view it from a considerable distance away, making the pixels even harder to see.

8K Is an Expensive Rabbit Hole

You’d also have to factor in the price of the other parts of your computer. All that, for a barely satisfactory experience in terms of smoothness. Even if technology advances, 4K can still provide the same clarity while being competitively viable.

You should check out the best 4K monitors. 4K monitors with features like HDR and great color accuracy would be better features for your money.

The End of the Resolution War?

Resolutions are probably going to get bigger and bigger, up to a certain point. Advancing from 720p to 1080p was a huge leap. However, when it comes to jumping from 4K to 8K, the returns aren’t just diminishing, they’re imperceptible.

It’s hard to justify 8K’s place in gaming as gaming is all about the experience. Many gamers would even opt to lower their resolution as performance is more important than clarity if it’s clear enough to enjoy. 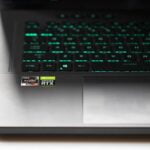