Why Brazil Has Suspended Sales of iPhones Without Chargers

On September 6, 2022, just one day before Apple was set to unveil the iPhone 14, Brazil halted the sales of all iPhones without chargers.

Although this is an old issue, with the Brazilian courts slapping a 2-million-dollar fine against the Cupertino company in May 2021 for its non-issuance of a charger, it’s the first time that the Brazilian government stopped all iPhone sales.

So, how did the situation come to this? And what is Apple doing to resolve the issue? Read on below to find out.

Why Did Brazil Suspend iPhone Sales Without Chargers?

According to an official announcement from the Brazilian government, “the sale of iPhone cell phones unaccompanied by battery chargers are suspended.”

Furthermore, the Ministry of Justice and Public Security (MJSP) orders Apple to pay a fine of $2.38 million and has directed Anatel, the Brazilian National Telecommunication Agency, to cancel the registration of all iPhones, starting with the iPhone 12.

This stemmed from a case filed in early 2021 by a consumer in Sao Paulo against Apple when they received their iPhone without an included charger. The charges against the company included tie-in sales, selling an incomplete product or a product stripped of essential functionality, refusing to sell a complete product as deliberate discriminatory practice against consumers, and transferring its liability to third parties.

The verdict was eventually released on May 23, 2021, with Apple forced to provide a free charger to the consumer and pay $2 million in fines to the Brazilian government. However, despite this loss, Apple still refused to provide included chargers for its iPhones sold in Brazil.

This suspension seems to be a move by the Brazilian government to get Apple’s attention. After all, as per The Brazilian Report, Brazil has 84 million smartphone users, and according to StatCounter, 16.67% of them are iPhone users, which translates to over 14 million handsets.

What Is Apple Doing to Resolve the Issue?

Although iPhones, starting from the iPhone 12, are banned from sale in Brazil, Apple can still appeal the decision. According to a Reuters report:

Apple said it would continue to work with Brazilian consumer protection agency Senacon in order to “resolve their concerns” while saying it would appeal the decision. “We have already won several court rulings in Brazil on this matter, and we are confident that our customers are aware of the various options for charging and connecting their devices,” Apple said.

It looks like Apple isn’t too bothered by the situation in Brazil and hopes to turn things around by winning over Senacon—Brazil’s consumer protection agency.

No iPhone 14 for Brazil?

While this ban may sound sudden for many outside of Brazil, this tug of war between the Brazilian consumers demanding chargers with their iPhones and Apple has been going on since December 2020. This move by the Brazilian government is probably a move to get Apple to respond to their demands.

And although the Cupertino-based company may have lost a case or two, it also claims to have won several court rulings on the matter. As of now, it’s not clear whether the iPhone 14 will come with a charger in Brazil or if Apple could get the Brazilian high court to side with them.

But with ten days between the start of the ban and the release of the iPhone 14, Apple has ample time to make things right in Brazil. 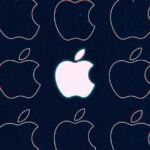 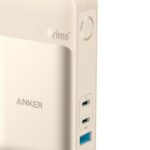 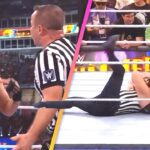 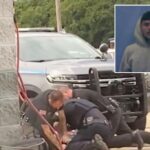 What to Do Right Away If You Click a Phishing Link

Jony Ive doesn’t think your car should rely on multitouch

Is BeReal Safe?
7 mins ago
What Is Dracaena Trifasciata?
36 mins ago
Los Angeles officials challenge accuracy of latest homelessness count, demand...
40 mins ago