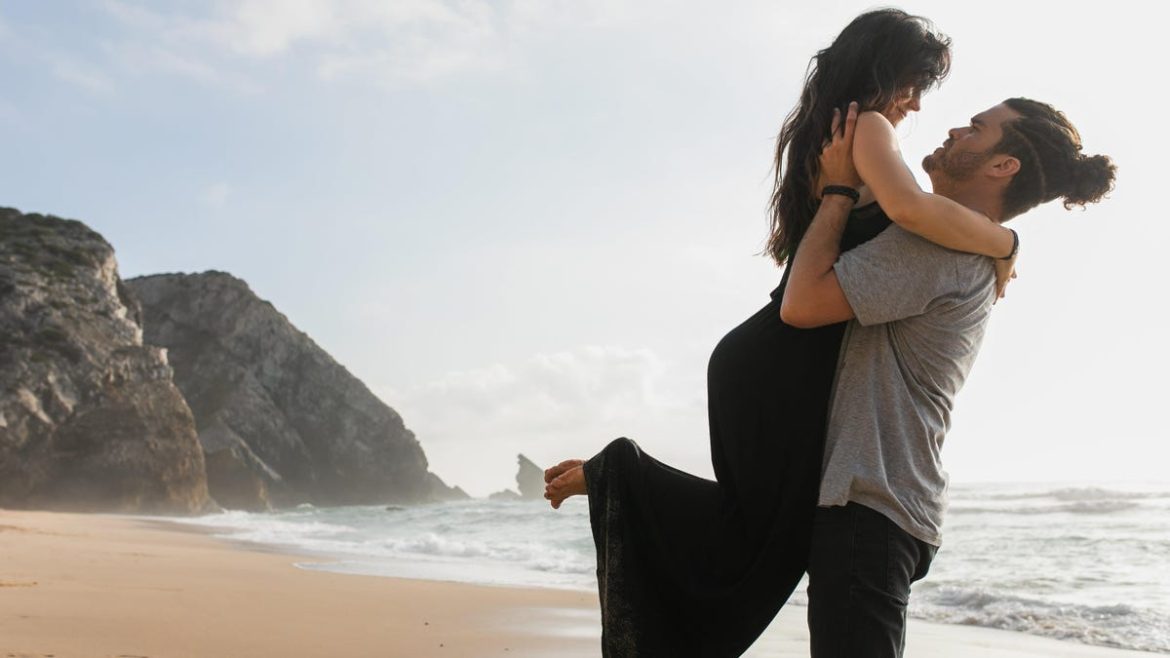 Since I am a lifter of weights, understander of strength, and debunker of viral bullshit, of course the way I found out about this challenge was by a friend sending me a video with the note, “Please debunk.” But the trick is real, if you’re sneaky—you can stop a stronger person from being able to pick you up by putting your hand under their chin.

To be clear, this is not a self defense move. The idea is that you (a smaller person) ask your friend or partner (a large, strong person) to pick you up by putting their hands under your armpits. If they’re strong enough and you’re light enough, this should be easy.

Just one thing, you tell them: The challenge is to do it with my hand under your chin. It looks like this:

I tried this trick on my husband once years ago, before it went viral, and before the chin detail was added. I’m pretty sure I learned it on a kids’ science show when I was a child myself, probably 3-2-1 Contact. It’s a simple trick. He was utterly baffled as I “turned the gravity on” and made it impossible to pick me up.

We tried the viral version of the challenge, talking through it as we went. It worked just as well as in the videos, except now he knows how it works. As they say, never do a magic trick more than once, or the audience will start to figure it out.

How the trick works

It’s stupid simple: Things are harder to pick up when they are farther away from you, and easier when you hold them close. You are simply forcing him to be about a foot away from you.

Think about how you would lift a heavy box that just got delivered. You’d bring it in close to your body, and hug it to you as you lifted. Chances are you naturally do the same thing when lifting a child. A baby you can hold out at arm’s length; a four-year-old, you’ll probably hug close.

Take a look at the video above, and watch for daylight between the two partners’ bodies. When he’s picking her up easily, their bodies touch. When she puts the fingers under his chin, he can’t get her close enough. That’s because the fingers-on-chin position requires that her upper arm be parallel to the floor, with her elbow contacting his chest if he tries to pull her in close. That enforces an upper-arm’s-length distance between her torso and his.

If you want to do this trick without the chin thing, I’ve found it’s easy to just say, “OK, pick me up,” while putting his hands under your armpits. You then place your hands on top of his forearms, which will feel perfectly natural, but also makes it so that he can’t get close. This is how I baffled my husband the first time around.

That said, I like the chin trick a lot. In some of the versions I saw, you use your hand to tip your patsy’s chin upward. This makes it harder for them to see what’s going on (no visual cue as to how close they are to you) and is just a nice little distraction. Also, if they manage to get their body closer to yours—say, by shifting sideways—you can simply “lose” contact with their chin and declare it a fail and have them start over.

What if you’re the stronger person in this scenario? Your trick now is to reduce the distance between your bodies in any way possible. It helps to bend your knees and get as far underneath the person as possible. This gives you a bit more leverage, and also means they’re reaching a bit lower to keep their hand on your chin. In total this buys you a few inches, and you may be able to pick them up anyway.

One last tip: If you’re the smaller person and you really want to try this, but your partner isn’t strong enough to muscle you up? Offer to do a little jump to get off the ground. I make my 7-year-old do this every time I pick her up, and it really helps. If they can just barely pick you up with the little boost, go ahead and jump again when you do it with the fingers on their chin. The extra distance will cancel out that advantage quite nicely.