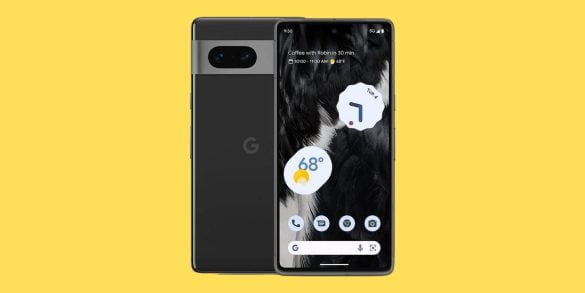 Chances are, the free Google VPN offer for the Pixel 7 and Pixel 7 Pro will outlast the phone itself.

The Pixel 7 and Pixel 7 Pro are now on sale. Among the many exciting new things they have to offer, from a faster processor to heaps of clever camera tricks, there’s an extra treat—a free subscription to Google’s VPN service.

It’s a time-limited deal, but a generous one. You’ll be able to use the VPN for as long as the phones continue to get security updates, which means five years. And that should be enough to keep you going until your next upgrade, if not longer.

The Pixel 7 and Google’s VPN

A VPN, or virtual private network, encrypts your connection to the internet. It helps to hide your identity and location from websites and services you visit, and makes it harder for your internet service provider to track your online activities.

It’s a nice feature that helps to make the Pixel unique, especially for the more security-conscious user (although some question whether you can trust a Google VPN). But it was not clear initially if this was a lifetime offer or something more limited.

“VPN by Google One will be available at no extra cost as long as your phone continues to receive security updates.”

The Pixel 7 devices are slated to receive three years of major Android OS updates and feature drops, and at least five years of security updates. That means you will be able to use the VPN until late-2027, by which time you’ll be ready to switch to a new device if you haven’t already.

It isn’t a surprise that Google has chosen to put a time limit on the service. Older Pixel phones came with unlimited Google Photos storage, which the company continues to honor even after the unlimited deal for Photos is long gone for the rest of us.

The only questions remaining are when exactly the service will launch for the Pixel devices—it’s currently listed as “coming soon”—and where it’ll be supported. The locations where VPN by Google One is usually available are:

The early reviews of the Pixel 7 and Pixel 7 Pro are overwhelmingly positive, making the phones look like some of the best buys of the year. The standard 7 is great value at just $599, while the Pixel 7 Pro even holds its own against the iPhone 14 Pro.

The Signs That You Are Never, Ever Getting That Promotion