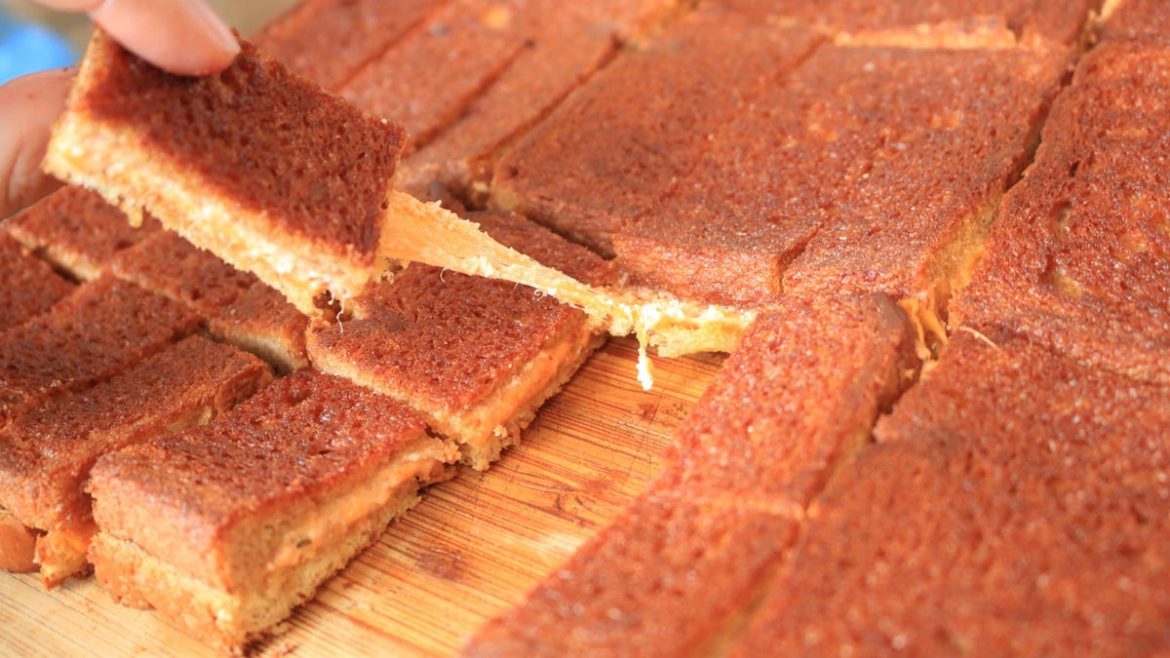 In the category of reliable sandwiches, the grilled cheese reigns supreme. Simple in method, and an easy crowd pleaser, their only real drawback is they’re tough to make for an actual crowd. So I sought to develop a grilled cheese manufacturing method with all the benefits of the stove top variety, and the ability to scale. Further, I’m of the opinion that party food is better when it’s appetizer-sized—something you can stand with, and finish in a couple bites. My solution was to create one giant grilled cheese sandwich, completely made in the oven, and cut it into small bites. The results were cheesy sandwich perfection.

Done right, this method produced a thin, crispy, deeply toasted exterior and melty, flavorful interior, all without having to stand at the ready to squish and flip each sandwich one at a time. Making it will require all of the usual cheesy sandwich ingredients, multiplied by about eight. You’ll also need two sheet pans of the same, or nearly the same, size, and an oven-safe skillet or pot. I used soft, sliced wheat bread and took off just a smidge of the rounded edges so the slices could sit as flush as possible into the pan without losing too much bread. (To quickly shape up multiple slices at once, stack the pieces and use a serrated knife to trim them together.) Save trimmings for breadcrumbs or an impatient snack.

Lay the slices of bread on the sheet pan, puzzling together half-pieces until you’ve covered the entire surface. Using a pastry brush or pliable rubber spatula, slather the bread with a layer of softened, salted butter. No need to abide by any bread borders; treat the bread as if it’s one large piece.

Flip the slices over so the buttered-side is pressed against the metal of the baking pan. Layer the bread up with cheeses and seasonings as you wish. I used Boursin, cheddar, and black pepper, but feel free to sub in your tried and true favorites. Top the filling with more squared-up bread slices, staggering them so the so the edges don’t line up perfectly. (If you had full slices on the right and half slices on the left, the top layer should be full slices on the left and half pieces on the right.) This ensures that even if you don’t cut along the seams later, the pieces will still hold together on one side. Butter the top as you did the bottom, but leave it butter-side up.

If you intend to cut it into smaller, pull-apart pieces later, the important mindset shift is to treat it as a uniform object—you’re not making individual sandwiches that happen to be next to each other, you’re making one big sandwich. Make sure to put the filling over bread divisions, so there are no empty spots when you cut it into small pieces later. Had I had more cheese in my apartment, I would have covered it even more thoroughly.

Lay a second sheet pan on top, so the metal makes good contact with the buttered bread. Put it in a preheated 400°F oven, and place a heavy, oven-safe skillet or pot on top. Bake this for 20 minutes. The metal of the sheet trays in direct contact with the buttered bread will produce a crunchy, evenly toasted surface on both the top and bottom of your party-sized grilled cheese. I forwent the use of parchment or foil lining because it doesn’t help with browning without adding a risk of sticking.

After 20 minutes, remove the skillet and top tray. The edges will be browned but the area directly under the skillet might be a little blonde. Flip on the broil for two minutes to take care of that.

Take the sandwich out of the oven and use a small knife or metal spatula to release any melted out cheese from the rim. Immediately place a large cutting board over the top, and invert it to release the sandwich from the baking sheet. While it’s still hot and crispy, cut the sandwich into the slice size you want, and serve to your awaiting eaters. Depending on how big or small you cut them, a 10 by 15-inch sheet pan can make 20-48 pieces. 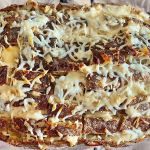 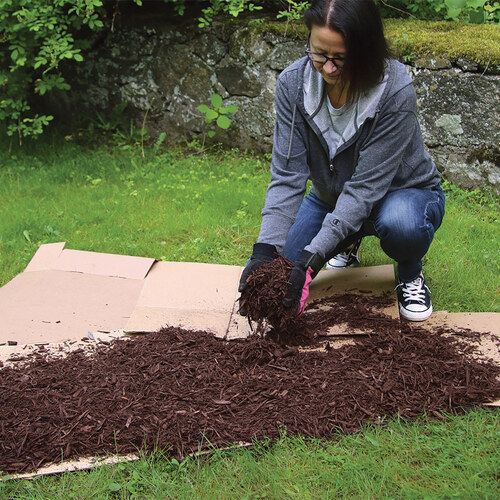 What Is Sheet Mulching and How Do You Do It?