Home Craft Your Old PEZ Dispensers Might Be Worth Something
Craft 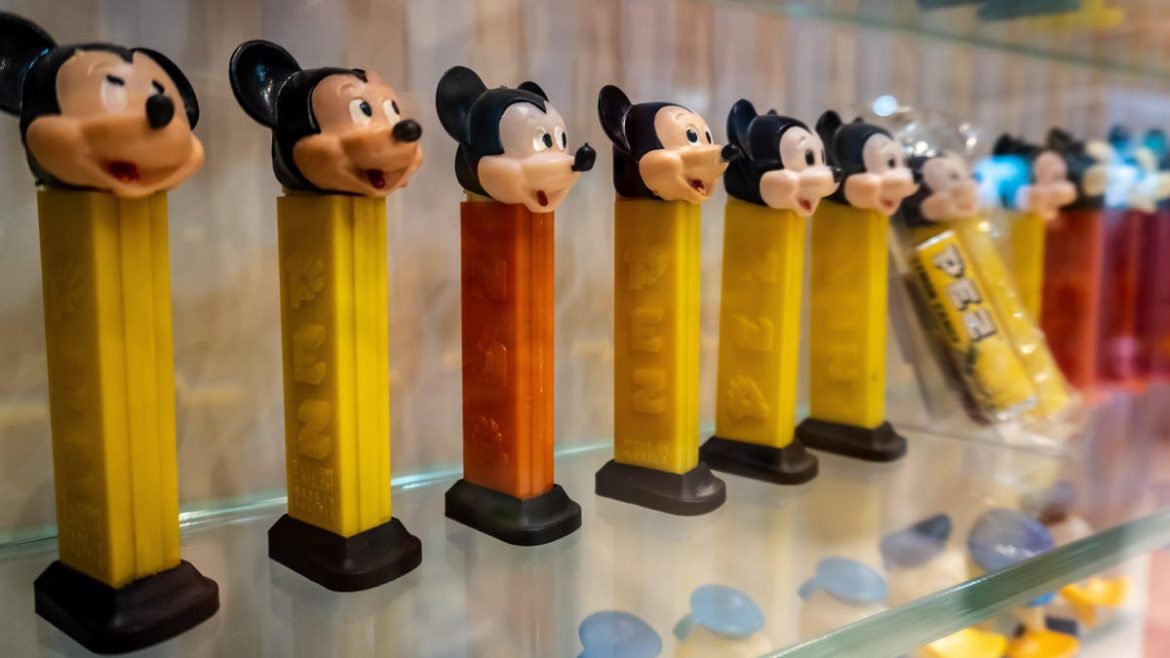 PEZ dispensers, the nostalgic candy dispenser with their signature decorative heads, are more than just a whimsical way for children to consume candy—they’re also a hot commodity in the collector’s market right now. Some are selling for hundreds and even thousands of dollars, so if you’ve got any of your old favorites boxed up, you might want to check whether they’re worth a little something.

Which PEZ dispensers are valuable?

The Austrian-based PEZ Candy company started making peppermint candy in 1927 (first in a “drop” shape, and then as the familiar bricks we know today). It officially introduced its first dispenser at the Vienna Trade Fair in 1949, and added the signature three-dimensional head at the top by 1957. Early dispensers featured a Halloween witch and Popeye.

Like many collectibles, the older they are, the more valuable they are—especially if they are still in the original packaging. In one success story, a rare Mickey Mouse “soft head” prototype dispenser from the 1970s sold for $3,500 in an eBay auction in 2019, according to Love to Know. They also report that a similar Dumbo soft head dispenser prototype went for $2,728 in the same year, and a “psychedelic eyeball flower ‘Mod PEZ’” from the 1960s recently sold for $350.

To determine how old your PEZ dispensers are, check for its patent number on the side of the stem:

Another quick way to gauge the age of your dispenser is whether it has square feet at the base, which is used to stand them up: Those did not become standard until the mid-1980s, so a footless dispenser is older than that. Dispensers from 1952-1968 will usually sell for more on the market, and popular characters are going to be a better bet than an obscure, unrecognizable one.

How to sell a collective PEZ dispenser

Your best bet is probably eBay. This list of eBay search results shows the most recent PEZ dispenser sales, which can give you an idea of what yours might go for. You can also search for a more specific dispenser like “PEZ dispenser Mickey Mouse 1972″ to see if anyone has sold your specific item, when it was sold, and for how much.

In Naples, a Glove Tradition Continues

How to Fix Outlook Search When It’s Not Working

How to Squirrel Away More Money
12 mins ago
Get Your Groove On With These 10 Fun Online Dance...
21 mins ago
Can The Daily Wire Turn Nashville Into Hollywood for Conservatives?
32 mins ago