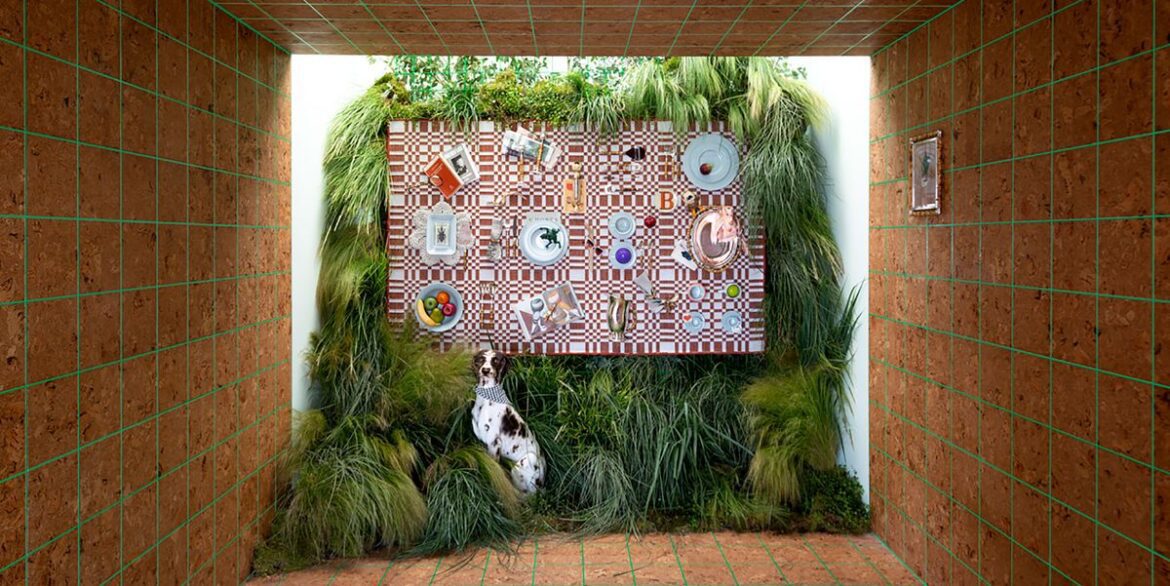 Aaaand we’re back. Last week, Milan Design Week roared to life after nearly two years of delays and pared-back installations. Our editors surveyed all the newness far and wide, from the sprawling pavilions at the Salone del Mobile fair to the city’s more intimate gallery shows. Here, we’ve picked our personal bests of the bunch, from furniture inspired by bugs to an enormous pink stone bathtub. Which is your favorite?

I loved the different tableaux in “Why Now?,” an exhibition curated by the creative studio Mr.Lawrence for the Spotti showroom, produced in partnership with the furniture brand Tacchini. The show brought together the familiar—bubblegum tableware by Helle Mardahl, bent-pipe chairs by Dior collaborator Jinyeong Yeon—with a few new faces for a gallery-storefront hybrid that felt truly livable. —Sean Santiago, deputy editor

You see a lot of surprising things during Milan Design Week—at Salone del Mobile, a cooking demo by a man lassoing a rope of sausage links above his head to the tune of a live saxophone comes to mind—but nothing quite trumps the dinner that porcelain maker Ginori threw for the British illustrator Luke Edward Hall. After an elegant homestyle meal at the Osteria Grand Hotel, the lights dimmed, the floor was cleared of tables and chairs, and Italian crooner Alessandro Ristori took the stage. Ristori donned bell-bottoms and a papillon bow tie (this is the “Dolce Vita’s Prince,” after all) and performed a hip-thrusting, high-kicking set late into the night, covering Dusty Springfield, Blondie, and more. You kinda had to be there. —Anna Fixsen, deputy editor, digital
SaloneSatellite—the section of the overflowing Salone del Mobile dedicated to work by up-and-coming designers—was, as usual, fertile ground for inspiration. Take, for example, the Lagos, Nigeria–based multidisciplinary talent Lani Adeoye of Studio Lani. Her collection, titled Ekaabo, included lounge chairs, stools, and more inspired by the textiles, art, and craft of her ancestral Nigeria. Plus: Her aso oke textile-wrapped RemX Walker, designed and named with her grandfather, Remi, in mind, snagged the first-place SaloneSatellite Award in a show that had an increased focus on design for disability, neuroatypical individuals, and sustainability. —Asad Syrkett, editor in chief
“Coming together” was a recurring theme this Salone—take the enormous crowds that gathered at Bar Basso every evening as evidence—but few brands articulated that return to conviviality as aptly as Buccellati. The jewelry house tasked four designers with creating individual scenes centered around the theme of galateo, which translates loosely to “table manners” from the Italian. Patricia Urquiola (shown here) took a fun route with her display, ditching the conventional table in favor of a picnic blanket, cork walls, plant life, and a dog statue. Her context made the Buccellati pieces—from the Tahiti set in this case—feel lighthearted and playful. —Helena Madden, associate market editor

This Is America, by Hello Human and Aditions

This Alcova installation was so crowded—all of Alcova was—so I appreciated when co-curators Alma Lopez-Moses and Liz Wert of Aditions, and Jenny Nguyen of Hello Human, walked me through the pieces on display. Jaeyeon Park’s Tennis and Ski chairs, made of found objects and epoxy clay, stood out to me for making the familiar uncomfortably abstract. They put a Surrealist spin on the banality of consumer culture. —S.S.

The best way to cap off a long day trekking a trade fair? An elegant garden party in a 15th-century palazzo, of course! Swarovski and Rosenthal hosted a whimsical alfresco bash at Casa degli Atellani (you’ll know it from our May 2022 issue!) to celebrate their recent tabletop collaboration. The garden was dotted with candy-striped tents—displaying lavish vignettes of the collection—a string quartet, gelato stands, and guests that included everyone from Margherita Maccapani Missoni to Bethan Laura Wood. With the golden evening sunshine and the aura of history all around (Leonardo da Vinci’s grapevines still grow here), it was truly the icing on the cake. —A.F.

People don’t usually think of insects as beautiful—if anything, they often elicit feelings of fear and disgust. (For this reason, I’ve long been the designated catch-and-release girl whenever oversize bugs appear in the house.) Instead of dwelling on this reputation, Brooklyn-based designer Kickie Chudikova celebrated the elegance of creepy-crawlies with her colorful Insectum collection at Alcova. One of the immediate standouts was Orbis, which takes its cues from 16th-century globe bars. The catch? Chudikova’s sphere includes a layer of iridescent butterflies and beetles encased in resin. I also loved the thronelike Alvea chair, which is clad in bright yellow velvet—a nod to the queen bee. —H.M.
Milan Design Week, with both Salone del Mobile and the attendant city-center exhibitions, is packed with events to a degree that makes any moment of serenity a welcome respite. British lighting designer Lee Broom’s “Divine Inspiration” offered that and more: In a high-ceilinged former gallery, Broom took us all to church with an installation that launched six new collections in six rooms designed to evoke spaces of worship—complete with altars, pews, and wafting incense. I was especially taken in by Hail and Pantheum (shown here), which riff on both ecclesiastical motifs as well as the forms and shapes characteristic of Brutalist architecture, a favorite of Broom’s (and mine). —A.S.

Before I started covering interior design, my beat was architecture. So it was a pleasure to head to Alcova to see OMA—the superstar Rotterdam, Netherlands–based architecture firm—team up with fellow Dutch creator Sabine Marcelis on a group of stunning stone objects. The archway into the exhibition, commissioned by the natural stone company SolidNature, featured a glowing archway in a rainbow of nine different onyxes. Marcelis contributed a pale pink bathtub carved from a solid block of pink onyx, while OMA unveiled a stone bed (yes!) and a striking bookcase made from Satin Verde marble. True to OMA’s pedigree, the show was steeped in research; true to Marcelis’s, it was filled with wonder. It was a match made in heaven. —A.F.