Everything You Need to Know About Cape Cod-Style Houses 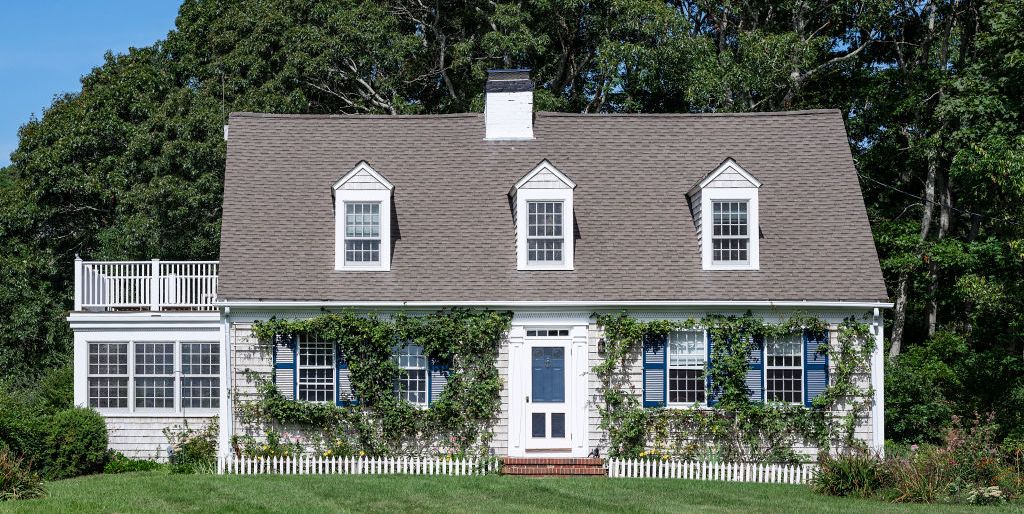 When you think about a house in its most basic form—when you visualize an image of one in your head, or when a child draws one in crayon on a sheet of paper—what you’re probably seeing is a square house with a pitched roof and windows on each side of the door in the center. In short, what you’re envisioning is a Cape Cod house.

In many ways, a Cape Cod–style house is the quintessential American home, with deep roots in New England (hence the name) but also in England itself, as the colonial settlers brought their proclivities and aesthetic inclinations across the Atlantic with them in the 1600s.

“There are really two historic versions of the Cape Cod—one is the original from the 17th and 18th centuries, and then there is a ‘modern Cape’ dating to the early 20th century, which were very enhanced archaeological interpretations,” says Roger H. Seifter, a partner at Robert A.M. Stern Architects in New York City.

“In England these houses were made from brick or masonry, but the settlers in America didn’t have those materials so they used wood siding,” he says, which wound up having the added benefit of durability against the harsh maritime weather. Traditionally, Cape Cods were clad with shingles of white cedar, which stood up well to the salt air and took on a silvery patina over time. (Seifter notes that white cedar has somewhat fallen out of favor of late, with other choices like red cedar being seen as a more eco-friendly option.)

Where Does the Name “Cape Cod House” Come From?

But these houses built by the early American settlers were not named after their locale, at least not initially. The term “Cape Cod style” was first used many decades later, when the president of Yale University, the Reverend Timothy Dwight IV, published Travels in New England and New York (1821–22) after taking a trip to the Cape. Early iterations were often just one- or two-room cottages with a fireplace in the middle—the room with the fireplace always doubled as the bedroom—but the style has continued to evolve in accordance with the times.

“There can be a very thick layer of aesthetics laid over the function,” Seifter says. “Each generation tried to be true to the original form, but these were more modern houses and they had to accommodate functions that were not in the original versions. It was a very workaday type of architecture…the aesthetic aspect did not become ‘a thing’ until later in the 19th century, when a revival in historic American forms took off,” coinciding with the American centennial celebration in 1876.

Some 70 years later, Cape Cods reached what was perhaps their peak moment during the 1940s postwar boom, when the first phase of the archetypal planned suburban community of Levittown, New York, was made up entirely of Cape Cod–style homes. Nowadays, original Capes like those have sometimes been added onto so often that they have a kind of “Russian doll” look, Seifter says.

A row of Cape Cod–style houses in the planned community of Levittown, New York, in 1954.
BettmannGetty Images

What Are the Characteristics of a Cape Cod-Style House?

The second story of older Cape Cods, in the triangular space underneath the roof, would have sometimes been no more than an attic, but the addition of dormers in more contemporary homes allowed for bedrooms to be expanded to the second floor without sacrificing light and airflow, thus creating more livable space.

And don’t forget about the shutters on the windows, which are a classic design element of Cape Cod houses that served an important function back in the day—they could be closed to protect against the fierce coastal New England winds—but are more often than not strictly ornamental in modern times.

Sabrina Carpenter Reflects on Being Called “S–t” and “Homewrecker”