Home Décor In the Foothills of the Blue Ridge Mountains, a Visionary Landscape Architect Creates His Own Eden
Décor

In the Foothills of the Blue Ridge Mountains, a Visionary Landscape Architect Creates His Own Eden 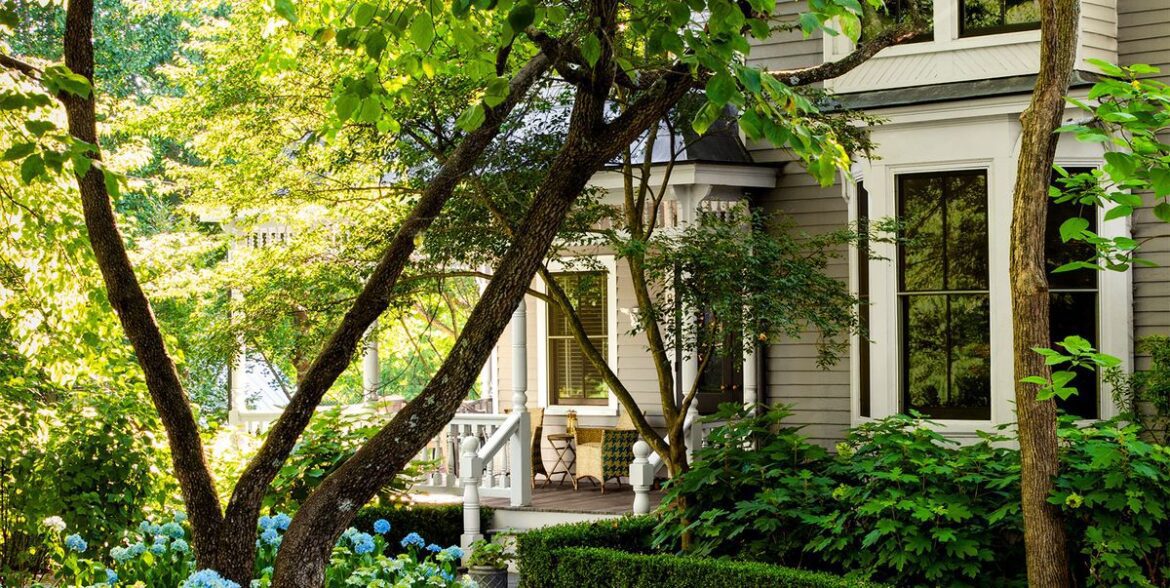 Landscape architect Thomas Woltz has a passion for the clarity and proportion of Italian Renaissance architecture. That Woltz lives in a gabled Queen Anne Victorian comes as an ironic surprise, even to him. “Palladio did not use spindles and gingerbread,” he notes, dryly. But his home, together with the garden he has established there over the past two decades, is a unified study in pleasing contrasts. The impact is at once disciplined and spontaneous, respectful and irreverent. Much like the man himself.

Woltz bought the house, in a small Virginia town in the foothills of the Blue Ridge Mountains, in 1999. His restoration honors what he calls the “historic intent” of the structure. “I decided to respect the Victorian volumes,” he notes. “I was not going to remove walls to create an open plan.” For two years, the place was a construction site as it received a copper roof, a mansard porch roof, and plumbing and electrical—all new.

In the living room, a Chippendale sofa and 19th-century Danish chairs flank a fireplace original to the home. The grandfather clock is a family heirloom. The 18th-century mirror is from Naples; the walls are painted in Sea Haze by Benjamin Moore.
Jennifer Hughes

In the hands of a less erudite and playful designer, such attentiveness to history might produce a rigid monotony of style. But Woltz loves to devise temporal dialogues—not only between past and present, but also among different pasts. As a young man, he spent five years practicing architecture and teaching in Venice. He lived near the Palazzo Fortuny, which he often visited. “I was immersed in a world of the Islamic influence of southern Spain, Italian textiles, furniture, and Venetian Gothic architecture,” says Woltz, who began collecting antique Fortuny fabrics and light fixtures.

Some of the furniture in Woltz’s house tells his own family’s history. Among the pieces handed down over five generations is the grandfather clock in the living room. It was commissioned by General William Lenoir of North Carolina, Woltz’s great-great-great-grandfather, to celebrate the end of the Revolutionary War. Other pieces are yard-sale finds, witnesses to unknown histories. Still other items have been gathered on his frequent travels abroad and from friends who are art and antiques dealers, among them Kenny Ball, David L’Eglise, and Simon L’Hopiteau.

A Fortuny pendant hangs over a Sheraton mahogany table in the dining room, where the walls are painted in Benjamin Moore’s Wet Concrete.
Jennifer Hughes

It’s a peaceful refuge for a man who has made his name executing public work at a radically different scale. Woltz is an indefatigable advocate for meaningful public spaces and authentic landscapes. Every year, more than 30 million people worldwide make use of parks designed by Nelson Byrd Woltz Landscape Architects, the firm he joined in 1998 and has led as owner and principal since 2013.

Woltz is currently overseeing the creation of a new park in Houston that is nearly twice the size of New York’s Central Park. He always begins by exploring the history of a place—an approach that has made him a natural choice for such historic properties as Monticello, Winterthur, and Olana.

In the library, a Chippendale desk—an heirloom from Woltz’s mother—holds books by some of his author friends, including Andrea Wulf, Elizabeth Kostova, and Daniel Mendelsohn. The 19th-century chair is Swedish; the photograph is by Olivier Valsecchi.
Jennifer Hughes

When he bought his Queen Anne, it was surrounded by nothing but a half-acre of grass and two trees. Walking through the garden today, you move through a series of embracing outdoor “rooms” designed by Woltz, who is his own full-time gardener. In front of the house, an eight-foot-tall circular hedge made of European hornbeams and bordered by fritillaries, wild tulips, and ferns creates a private space in an urban front yard.

Just beyond is a small terrace encompassed by five hornbeams that, over the course of 20 years, Woltz has sheared into living columns. Stone steps framed with viburnum and hydrangea lead into the colorful perennial garden, where bluestone-lined beds outline a tidy square of lawn, then descend to the bowling-green terrace, which forms a long cross axis. The final garden is laid out in an ellipse that spans the full width of the property and is home to flowering shrubs native to China, Japan, and Virginia.

The guest bedroom’s antique four-poster bed is dressed with a quilt sewn in 1835 by Woltz’s great-great-great-grandmother. The room’s antiques include an English Regency chair and a French Directoire daybed.
Jennifer Hughes

Pleasing as it is to the eye and the spirit, Woltz’s garden also works hard. “It was never envisioned as a showplace,” he notes. Instead, it’s a living laboratory where he tests the spacing of plants for hedges, fresh combinations of bulbs and perennials, and different pruning methods and regimes. Every season he pulls some of the plants and distributes them to friends, making room for new trials in plantings and design.

For one of his birthdays, Woltz hosted guests at a long table on the bowling green under a massive chandelier made from a staghorn sumac that had given up the ghost. He had wrapped the sumac in hundreds of delicate LEDs and suspended it upside down over the dinner table from a sturdy sycamore. It was a characteristic gesture for Woltz, reminding those gathered that nature, even in death, illuminates life. 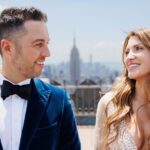 Some 42,934 Steps on the Road to Love
Share 0 FacebookTwitterPinterestLinkedinRedditEmail

How to Help Vaccine-Hesitant Young Children Combat Their Fears

Letter bomb discovered at US embassy in Madrid, latest site...
2 seconds ago
12 Podcasts Perfect for Family Roadtrips
8 mins ago
What Is Prince William’s Earthshot Prize?
1 hour ago