Home » 27 Secrets 4 You About Beyoncé
Entertainment

27 Secrets 4 You About Beyoncé Share 0FacebookTwitterPinterestLinkedinRedditEmail
18. Already a veteran performer at 13, that’s when Beyonce had her first vocal injury, she shared with Harper’s Bazaar. “We had just gotten our first record deal, and I was afraid I had developed nodules and destroyed my voice and that my career could be over,” she sad. “The doctors put me on vocal rest all summer and I was silent once again.”
19. She also suffered from chronic sinus issues early on, though they didn’t stop her then any more than they did when she got older, recording “XO” in 2013 with a bad sinus infection. (“I really loved the imperfection,” she told Out magazine.)
“What I found intriguing right away was that even though she had a cold or an allergy that day, somehow she rose about it,” songwriter Tony Mo. told Taraborrelli. “Most kids are whiny when they’re sick. Not her—she forced herself to sing even when she could barely talk.”
And the show always went on. In 2011, Bey told ITV, “My nose runs a lot and when I’m singing I can’t blow it, so there have been occasions when I’ve ended up with a bubble coming out my nose.”
20. When she was little her family lived on Parkwood Drive in Houston, inspiring the name of her production company-turned-multi-tiered empire Parkwood Entertainment that she started when she was 27. “At the time, there wasn’t a company that did what I needed it to do or ran the way I wanted it run,” she told Harper’s Bazaar. “So, I created this multipurpose badass conglomerate that was a creative agency, record label, production company, and management company to produce and work on projects that meant the most to me. I wanted to manage myself and have a company that put art and creativity first.” 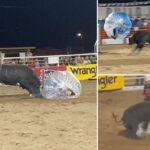 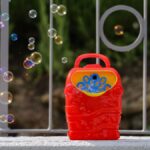 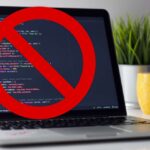 The Advantages and Disadvantages of iOS 16’s PassKeys Feature

That Text From the ‘IRS’ Is a Scam
3 mins ago
Heathrow and Schiphol: An inside look at the impact of...
12 mins ago
EU leaders set to debate price cap on gas to...
21 mins ago