All the Stars Who Almost Played Hannah Montana Share 0FacebookTwitterPinterestLinkedinRedditEmail
Sweet niblets, can you imagine anyone other than Miley Cyrus playing Hannah Montana? Well, it almost happened.
Cyrus became one of the biggest stars of her generation when she landed the lead role in the Disney Channel series, which premiered in 2006. And the singer had to beat out “over 1200 girls” to play the titular character, according to the series’ original casting director Lisa London.
In an Aug. 17 TikTok, London decided to set the record straight about which actresses were in serious contention to play the undercover pop star. And one of them just so happened to go on to star on The CW’s Gossip Girl and front her own rock band, getting her own version of the best of both worlds.
Plus, two other Disney darlings went on to reveal they were approached to star as Hannah and her best friend Lilly (ultimately played by Emily Osment), but decided to pass on the opportunity. 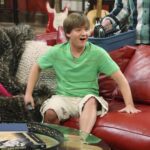 Could Hannah Montana Get a Reboot? Jason Earles Says… 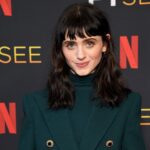 Watch Selena Gomez Give a Tour of the Hannah Montana House How to Make the Best Onion Dip
17 mins ago
Robinhood’s Web3 wallet beta is live
45 mins ago
Fact-check: Was this EU flag torn down after far-right’s election...
55 mins ago